Teacher suspended after showing his class videos of Salad Fingers

For anyone that loves rusty spoons. The trauma.

Granted, it has been quite some time since this author was in primary school but those joyful memories of watching a film in class still linger.

Remember when your teacher was ill and another teacher would wheel in the TV set that had a VCR attached? Ah, simpler times. 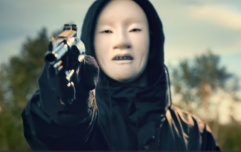 This new revenge drama is coming to Sky Atlantic and it looks both brilliant and extremely dark [WARNING: Graphic footage]

END_OF_DOCUMENT_TOKEN_TO_BE_REPLACED

Anyway, while nature documentaries and the occasional film would usually fill the void of free class, I'm fairly certain that my class wasn't shown anything that was too traumatic, or haunting.

However, that's not the case for a certain class in the Nechako Lakes School District of Northern British Columbia, Canada because recently published documents show that a teacher was suspended for two days after he showed his students a variety of inappropriate films which featured puppets drawing skulls, caressing kettles and dead stick figure children.

The report states that “one (film) called Salad Fingers featured an animated character who says ‘the feeling of rust against my salad fingers is almost orgasmic’ followed by “I must caress your rusty kettle."

The second film was called Don’t Hug Me I’m Scared which shows puppets drawing skulls. The third video was called the ASDFmovie which depicts stick characters stabbing each other in a fit of jealousy, and then a number of dead stick children. 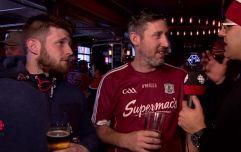 END_OF_DOCUMENT_TOKEN_TO_BE_REPLACED

After complaints were made, the teacher resigned on 16 March, 2018, and two months later, he had to retake a teaching course that was called Reinforcing Respectful Professional Boundaries.

It's understood that he's currently teaching in a remote community.

After hearing the news, the creator of Salad Fingers, David Firth, has called for the viral cartoon to be shown to all children.

In fact, he believes that it should be mandatory.

To be honest, we agree.

I fully support Salad Fingers being shown to children. In fact it should be mandatory. https://t.co/8WUmiXU9jN

You can relive the trauma here.

popular
Belgium becomes first nation to introduce compulsory monkeypox quarantine
An underrated Robert De Niro comedy is among the movies on TV tonight
Two men arrested during attempted burglary in Dublin
Tory MP facing drink spiking claims as one fellow politician woke up to find 'nipples being licked'
Met Éireann issue warning for potato blight this week
Coleen Rooney 'confident she's won' Wagatha Christie trial against Rebekah Vardy, according to reports
You may also like
11 months ago
Canada has been removed from the mandatory hotel quarantine list
1 year ago
Canada becomes first country to approve use of Pfizer vaccine for kids over 12
2 years ago
At least 16 dead following shooting in Canada
2 years ago
Wife of Canadian Prime Minister Justin Trudeau tests positive for the coronavirus
2 years ago
Consumers warned of overpaying for US and Canadian visas via copycat visa application websites
2 years ago
Canadian prime minister Justin Trudeau apologises for wearing 'brownface' in old photograph
Next Page