"Politicians are just gangsters in suits."

Throughout the history of Peaky Blinders, Tommy Shelby has faced a litany of adversaries that have placed him in some very precarious positions.

Inspector Campbell, Darby Sabini, Billy Kimber, Alfie Solomons, Father Hughes, the Changretta Family, and countless other have all threatened Tommy's criminal empire, but in Season 5, the leader of the Peaky Blinders has faced a very different threat.

END_OF_DOCUMENT_TOKEN_TO_BE_REPLACED

After becoming an MP and stepping into the House of Commons, it's clear that Oswald Mosley (Sam Claflin) sees the potential in an alliance with Tommy Shelby and if you know your history, you'll know that's a very dangerous situation for Tommy.

END_OF_DOCUMENT_TOKEN_TO_BE_REPLACED

In terms of the show, it's clear that Mosley (Sam Claflin) has an awful lot of knowledge about the Shelby family, something that the actor loves because it's "interesting for me to play with that power shift." 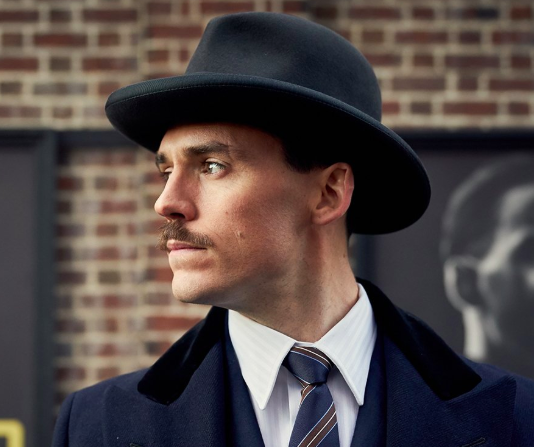 Ever since his first conversation with Tommy, Mosley sees a great deal of potential in an alliance with the leader of the Peaky Blinders, but what's his endgame?

END_OF_DOCUMENT_TOKEN_TO_BE_REPLACED

"Politicians are just gangsters in suits! They’re master manipulators and it's all about how they use their status to get what they want. I think he’s (Mosley) a man that’s very ambitious but in his mind, he’s doing what he thinks is right for the good of the people. He’s power hungry to a point, but not to the point where he wants a dictatorship - I don’t think, I don’t believe. In my opinion, I think he’s a man who stands by his beliefs and is not afraid to speak the truth, or speak honestly about what he sees," said the English actor.

As soon as Season 5 was announced, the show's creator, Steven Knight, was adamant that the rise of fascism would be a key plot line that the show would develop, something that makes it very poignant to the present day.

Granted, while Peaky Blinders does reference real events and people, it's still a show that takes creative liberties. However, the Wall Street Crash happened in 1929 and Steven Knight has frequently said that he'll end the show when the first sirens for WW2 are heard in September 1939.

On that note, is Season 5 of Peaky Blinders just scratching the surface of what's to come for Oswald Mosley?

"The truth is that this is the birth of Oswald Mosley. My plan is to find the Mosley that the world knows and portray him during the big moments in Season 5," said Claflin.

Whenever the actor is on-screen, there's an unease and sinister atmosphere in the air because you just can't shake the feeling that he's planning something that will put Tommy in jeopardy.

In terms of portraying the character, Claflin took an awful lot of care because he knew that he'd be depicting one of the most divisive figures in British history.

"It’s a matter of finding the essence of him and we’re trying to be very honest and open about that. Almost everything that’s said by him (in the show) is fact. He’s someone that’s very important to history, so we don't want to tread on anyone’s toes or paint the wrong picture. Everything is based on truth, which is exciting and challenging."

During an interview with JOE, the actor said that he did draw on some historical figures for inspiration and that he enjoyed the process of creating this complex character.

"I’ve done quite a lot of research. What I found the most difficult was portraying a man who did have a big following and was so well respected in his field. It has been very informative. One thing I’ve always been taught as an actor is that you can never judge your character, you have to learn to love and embrace them - for all their pros and cons. I found the politics of that time very eye-opening in terms of the melting pot of politics and the voices that were heard." 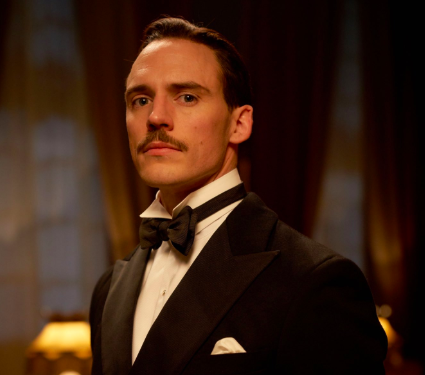 Nobody knows what Season 5 of Peaky Blinders has in store - the actor said nothing about the fate of his character beyond these six episodes -but with another two seasons planned, we were curious if Claflin would be interested in coming back - provided that's the direction that Knight wants to go in?

His answer is a definitive yes, but only Steven Knight knows the future for the Shelby family.

"What I love so much about Steven’s writing is that every character - no matter how big or small - somehow feels like they're complex and well rounded. Especially with a historical figure like Mosley, there’s so much material to draw from. Also, given that we’re covering the birth of fascism, it’s so resonant for today. It’s so reflective of where we are today."