You don't speak ill of the Oscar winner.

Sean Penn is currently embroiled in a legal dispute with actor and director Lee Daniels.

The Milk star is accusing Daniels of defamation of character following a recent interview given to The Hollywood Reporter. 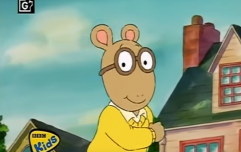 END_OF_DOCUMENT_TOKEN_TO_BE_REPLACED

During the course of the interview with Daniels, the very serious issue of domestic violence towards women came up in conversation, with the director of The Butler comparing Penn to alleged wife-beater Terrence Howard:

“[Terrence] ain’t done nothing different than Marlon Brando or Sean Penn, and all of a sudden he’s some f*cking demon.”

According to the A.V. Club, Penn's legal team have taken action with a $10 million lawsuit, so it will be interesting to see where it goes from here.