Seth MacFarlane's movie franchise Ted is heading to the small screen, according to The Hollywood Reporter.

The American publication has reported that US streaming service Peacock has handed out a ten-episode, straight-to-series order for the show. 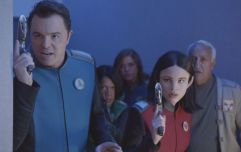 END_OF_DOCUMENT_TOKEN_TO_BE_REPLACED

It will be a live-action series, which sources are saying will be a prequel about the foul-mouthed teddy bear.

MacFarlane, who co-wrote and directed the two Ted films, is attached to write the script and executive produce the show.

He is also said to be near a deal to return to voice the title character.

On its Twitter account, Peacock shared the Hollywood Reporter story and wrote: "Welcome to the flock, Seth MacFarlane."

It is currently unclear when the show will be released and where it will air in Ireland. 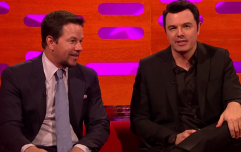 END_OF_DOCUMENT_TOKEN_TO_BE_REPLACED

The first Ted film was released in 2012 and told the story of a man (Mark Wahlberg) whose childhood wish of bringing his teddy bear to life came true.

The movie was a box-office hit, with a sequel being released three years later.

The Big Reviewski || JOE · TBR Spotlight: Loki - Episode Six - 'For All Time. Always.'
popular
PICS: The man with the biggest penis in the world has one unbelievable problem with it
Pro Evolution Soccer has been killed off after 26 years
The 50 most iconic songs of all time* have been revealed
EXPLAINER: All of Drake's disses towards Kanye West in 'Sicko Mode'
People think they've figured out the ranking of the viewers on your Instagram Stories
Home and Away star Dieter Brummer found dead at 45
The 10 must-watch new (and old) arrivals on Disney+ this August
You may also like
6 years ago
Video: Seth MacFarlane sings Cyndi Lauper's True Colours as Peter Griffin
6 years ago
So Liam Neeson has just gone and joined the cast of Ted 2
6 years ago
Pics: Seth MacFarlane and Matt Groening draw sketches of each other
7 years ago
Video: Seth MacFarlane does the Family Guy voices on The Graham Norton Show
7 years ago
Video: Check out the latest trailer for Seth MacFarlane’s 'A Million Ways to Die in the West'
7 years ago
From the creator of Family Guy and Ted – it's the hilarious Red Band trailer for Seth MacFarlane's A Million Ways To Die In The West (NSFW)
Next Page