Sky “set the record straight” on the loss of Discovery, Eurosport and more channels from TV packages

Sky customers will have fewer channels from next week on.

Sky say they are disappointed with “misleading claims and aggressive actions” by Discovery Communications following the announcement that a number of channels will be unavailable from their packages from February 1.

Earlier this week, it was revealed that Discovery Communications’ portfolio of channels – including a host of channels bearing the Discovery name and all Eurosport channels – would be unavailable on Sky packages from Wednesday, February 1.

END_OF_DOCUMENT_TOKEN_TO_BE_REPLACED

Discovery Communications released a statement outlining their belief that “Sky is using what we consider to be its dominant market position to further its own commercial interest over those of viewers and independent broadcasters”.

“Discovery is now paid less by Sky than it was 10 years ago, while Sky households are paying so much more than they did in 2007,” the statement added. 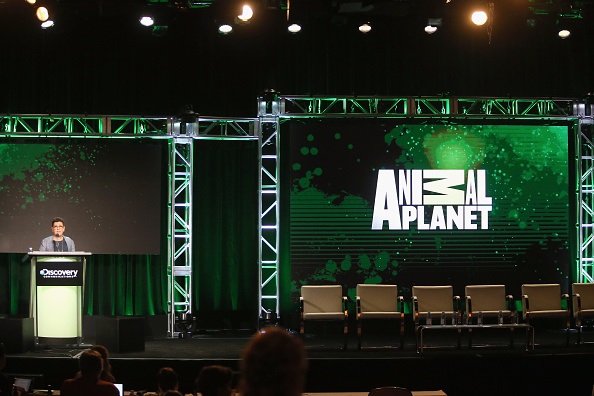 A Sky representative responded to those claims by saying that Sky have been “overpaying Discovery for years and are not going to anymore” and now, the broadcaster has released an official statement in an effort to “set the record straight”.

END_OF_DOCUMENT_TOKEN_TO_BE_REPLACED

You can read the Sky statement in full below.

We have worked really hard for more than a year to get a deal done for our customers with Discovery, so we are disappointed with their misleading claims and aggressive actions. We now feel it’s time to set the record straight. Because despite our differences, we love Discovery too.

We were prepared to pay a fair price for the Discovery and Eurosport channels and invest more in those channels to make them even better for our customers. We have offered hundreds of millions of pounds to Discovery, a $12bn American business, but that wasn’t enough. They asked the Sky Group to pay close to £1bn for their portfolio of channels, many of which are in decline.

Sadly, we have now had to prepare for Discovery to take their channels away from Sky customers, as they have threatened to do. It is Discovery’s choice to do this, not ours. We never left the negotiating table and they haven’t come back to it since they made their threats public this week.

END_OF_DOCUMENT_TOKEN_TO_BE_REPLACED

Sky doesn’t boot channels off our platform. If Discovery don’t want their channels to disappear, as their public campaign suggests, they could have made arrangement to stay on Sky, including free to air with advertising funding or with their own subscription, but they’ve chosen not to do so.

Our commitment to our customers is this: We will spend every penny that we were going to pay to Discovery on more and better content that our customers value. This will come from sources around the globe and home grown shows and documentaries from the UK. We will continue to offer customers a huge range of content including hundreds of shows from The History Channel, National Geographic, PBS, Sky Arts and Sky Atlantic, along with more amazing sport on Sky Sports Mix, available to all our customers.

We hope our customers understand that we have been working on their behalf and will always do that. We thank them for their support.

For more information on the channel changes, click here.

popular
Met Éireann issues weather warning for three counties
QUIZ: Can you conquer this delightfully difficult General Knowledge Quiz?
An underrated Jason Statham thriller is among the movies on TV tonight
QUIZ: Take your very best shot in this tough General Knowledge Quiz
The JOE Movie Quiz: Week 160
The JOE Friday Pub Quiz: Week 300 - the Triple Century
The JOE Music Quiz: Week 110
You may also like
4 days ago
The content warning for this week's episode of The Boys is incredible
5 days ago
Netflix is looking for extras in Ireland for its new Obama-produced crime series
5 days ago
Marvel confirms hints for their new endgame have already been revealed
5 days ago
What to watch on Paramount+ now that it is available in Ireland
1 week ago
The Obamas are heading to Cork to film their first Netflix series
1 week ago
Disney+ has just added 21 huge movies to its library
Next Page