Son of a nutcracker! Elf will return to Irish cinemas this Christmas

This is not a drill.

Everybody knows that the best way to spread Christmas cheer is singing loud for all to hear but what happens if you're a cotton-headed ninny muggins that hasn't seen the Christmas classic, Elf?

Well, in the immortal words of Buddy the Elf, there's no longer any need to sit on a throne of lies because the beloved film will be returning to cinema screens all over Ireland this Christmas.

END_OF_DOCUMENT_TOKEN_TO_BE_REPLACED

As they're doing with the greatest Christmas film of all time, Die Hard, Omniplex are re-releasing some incredible Christmas films over the festive season and Jon Favreau's beloved caper is bound to sell out.

After all, who doesn't love a film which features an epic snowball fight, the world's angriest elf, and an epic smackdown between Buddy and a raccoon.

Elf is showing from 14 December for one week only and it's being screened in all of these below cinemas.

Tickets are priced at €8 and can be found here.

END_OF_DOCUMENT_TOKEN_TO_BE_REPLACED

Aside from Elf, Omniplex will also be showing Home Alone, Die Hard, and The Greatest Showman.

All we need now is the world's best cup of coffee to hide our overpowering smell of beef and cheese. 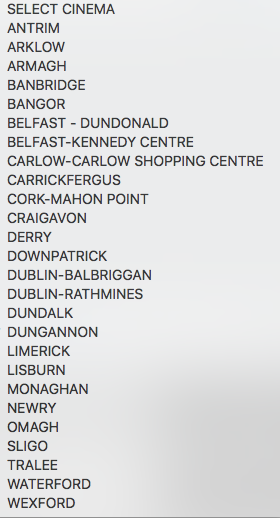 popular
Nearly 100 flights delayed at Dublin Airport on Monday
QUIZ: Can you get top marks in this short but tricky Irish geography quiz?
Family of Ashling Murphy share heartbreaking tribute at Fleadh Cheoil
Motorcyclist in his 30s dies following two-vehicle collision in Kerry
RTÉ tries to solve Michael Collins murder in new documentary
4-year-old girl killed in Sligo caravan park named as Alice Dunleavy
QUIZ: Can you score 12/15 in this difficult General Knowledge Quiz?
You may also like
1 day ago
Nope has the best scary scene in 2022 so far
1 day ago
An underrated John Cena comedy is among the movies on TV tonight
2 days ago
The JOE Movie Quiz: Week 166
2 days ago
A terrific mystery thriller is among the movies on TV tonight
2 days ago
New action drama looks like a must-watch for Top Gun fans
3 days ago
One of the best Irish films of recent years is among the movies on TV tonight
Next Page