WATCH: South Park is taking on the Kavanaugh hearings in the next episode

How did they do this so quickly??

The latest season of South Park arrived and quickly planted the flag at the top of Controversy Hill all over again, with the very first episode tackling America's government's unified shrug towards school shootings.

Season 22 continues as it means to go on, as the next episode looks to tackle even more controversies at once, as the title may be a giveaway to: The Problem With A Poo. 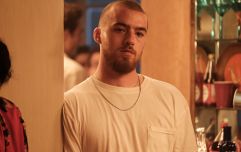 END_OF_DOCUMENT_TOKEN_TO_BE_REPLACED

In case you missed it, The Simpsons have been dealing with accusations of racism, culminating in the documentary The Problem With Apu, and The Simpsons attempted way to tackle that issue, which was widely criticized once it was aired.

The synopsis of the new South Park episode goes as follows:

"Mr. Hankey’s offensive behavior puts him in jeopardy of being fired as the Director of the Annual Christmas Pageant. Meanwhile, at South Park Elementary, Strong Woman and PC Principal face a whole new set of challenges in their relationship."

Whether or not any of that ties into the issue of re-inventing an old character to match current tastes is unclear, but what is clear from the first teaser of the episode is that Mr. Hankey looks to be a stand-in for Brett Kavanaugh, who was recently confirmed into the US Supreme Court, despite accusations of sexual assault.

Check out the scene below, and the full episode will air on Comedy Central (in the States) this Wednesday at 10pm, and is set to debut over here soon afterwards:

popular
Amazon Prime Video has quietly added 18 big releases to its library
Here's where all the 149 tickets that won €36,687 in Saturday's Lotto were sold
Man arrested on suspicion of the murder of Ashling Murphy
Euphoria fans delighted after learning Fezco's Irish connection
Confirmation on lifting of restrictions for pubs and events expected this week
Put the pedal to the metal with this General Knowledge Quiz
Moon Knight could be leading directly into Marvel's scary version of the Avengers
You may also like
6 hours ago
A much-loved Matt Damon sci-fi is among the movies on TV tonight
8 hours ago
Four-part Janet Jackson documentary to launch for Irish viewers next week
10 hours ago
David Jason says he wants to play Del Boy in Only Fools And Horses again
11 hours ago
Peaky Blinders stage show debuting in 2022
13 hours ago
WATCH: The official trailer for the latest MCU Disney+ series just dropped
1 day ago
One of the greatest Marvel movies ever is among the movies on TV tonight
Next Page