Stephen King turns 70 today! Here are the 7 biggest changes the movies made to his books

Happy birthday to the master of horror!

2017 is very much the year of Stephen King, between his big screen adaptations of IT, The Dark Tower and the upcoming Gerald's Game, to the small screen arrivals of The Mist, Mr. Mercedes and Castle Rock.

And now he's reached the landmark age of 70, you'd think he'd rest easy? But nah, he's probably still got another few books to add to the 92 he has already written. 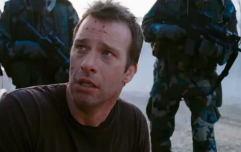 15 years ago today, "the most shocking ending ever" arrived in cinemas

END_OF_DOCUMENT_TOKEN_TO_BE_REPLACED

The majority of them have been adapted at some point, but as is always the case when you've got a 300, 400 and beyond number of pages to condense down to two hours, changes need to be made.

Some of them have been great. Some of them, Stephen King himself has been very vocal about hating. So to celebrate him hitting the big 7-0, here are seven of the biggest changes made from his works when they've been made into movies. 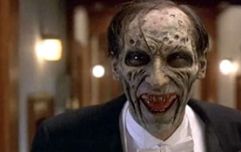 25 years ago today, Stephen King released his version of The Shining because he hated Stanley Kubrick's

END_OF_DOCUMENT_TOKEN_TO_BE_REPLACED

Probably the most famous of the fundamental changes to King's work, and one that Stephen King never misses an opportunity to talk about absolutely HATING whenever he gets the chance.

In the book, Jack Torrence is a good man slowly driven insane by the supernatural evil residing within The Overlook Hotel. In the movie, Jack is already pretty unhinged when the movie starts, and being left alone in the snowed-in hotel with only his wife and son for company is more of a gentle nudge over the edge into total homicidal rage.

As King said not too long about (via Deadline): "The character of Jack Torrance has no arc in that movie. Absolutely no arc at all. When we first see Jack Nicholson, he’s in the office of Mr. Ullman, the manager of the hotel, and you know, then, he’s crazy as a shit house rat. All he does is get crazier. In the book, he’s a guy who’s struggling with his sanity and finally loses it. To me, that’s a tragedy. In the movie, there’s no tragedy because there’s no real change."

He has a point, but does it matter when the movie is this good? King took the reins in 1997, writing the script for a six-hour, three-part mini-series, which actually got some pretty decent reviews, but still doesn't hold a candle to the original. 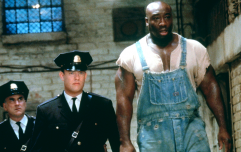 A powerful supernatural drama is among the movies on TV tonight

END_OF_DOCUMENT_TOKEN_TO_BE_REPLACED

Aside from the title of the novella it is based on (using the fuller title of Rita Hayworth & The Shawshank Redemption would've been a red flag for the ending), probably the biggest difference is that Morgan Freeman's character Red is, in the books, Ellis Boyd "Red" Redding, a red-haired Irish man, originally lined up to be played by Harrison Ford, then Clint Eastwood, then Paul Newman, before ditching the idea completely and going in a new direction.

This is something they have a little fun with in the movie itself.

Most of the other changes are minor, with Pennywise not appearing outside of his clown get-up quite as often. Sure, he's around as the Oozing Leper and the Painted Lady, but in the book he appears as some of the iconic movie monsters of the time:  The Mummy, The Wolfman, and The Creature From the Black Lagoon. Seeing him turn into Freddy Krueger, Michael Myers or Jason Vorhees for the update would've been phenomenal.

Plus, there was the infamous sex scene in the book, which was wisely left out for the big screen adaptation.

Everyone only thinks of one scene when they think of Misery. And it could have been so much worse...

When they were making the movie, they found it impossible to cast the role of Paul Sheldon, as no actor in Hollywood wanted to play the role of a helpless man stuck in a bed for 90% of his screen time. William Hurt, Kevin Kline, Michael Douglas, Harrison Ford, Dustin Hoffman, Robert De Niro, Al Pacino, Richard Dreyfuss, Gene Hackman and Robert Redford all turned it down. Warren Beatty said yes, but then his Dick Tracy shoot ran over, and it finally went to James Caan.

When it finally got to the hobbling scene, the original draft had it verbatim from King's novel, which didn't involve a block and a sledgehammer. Instead, Annie cut Paul's feet off with an axe, and cauterised his wounds with a blow-torch. Eventually, they went with the less-is-more approach, and one of the most iconic scenes in history was created.

In the book, the few remaining survivors who weren't chomped by the monsters in the mist - or, indeed, killed by the religious zealots within the store in which they took refuge - all hop into a car and drive for a few hours in the mist, not entirely sure where they're going, until they hear a single word over the radio: "Hartford". They drive on in that direction with a sliver of hope.

In the movie, all hope is destroyed by the kick-to-the-balls ending, which sees the survivors driving through the monster-filled mist, and when they run out of gas, all realise that there is no hope and no point in going on. Our hero, David, shoots the others with their consent, except for his own 6-year-old son, who doesn't understand, but David uses his last bullet to kill him. He gets out of the car, expecting to be killed by a monster, but instead the mist clears and the army arrives to save the day. David, realising he's killed his son and friends just seconds from being saved, drops to his knees and screams as the film fades to black.

King himself loved the new ending, telling Cinema Blend: "Frank wrote a new ending that I loved. It is the most shocking ending ever."

The same director has adapted The Green Mile, The Shawshank Redemption and The Mist, and each time the differences he made have improved upon the material. For this prison-set drama, perhaps he had clued in to the fact that the audience was already pretty much all-cried-out from the death of John Coffey, so adding another super sad death on top of that would've been overkill.

Later in the book, Paul (Tom Hanks) and his wife Jan (Bonnie Hunt) are travelling in a bus, when it gets involved in a very serious accident, killing most of the passengers on board. As Jan dies in Paul's arms, he calls out for John (who has died by this point), and he appears in ghost form, watching over him and his passing wife.

Yep, that would've been too much, and was left out of the movie entirely. Similarly, the execution scene in the movie wasn't an easy watch, but didn't go into the violent King-esque details of the prisoner's eyeballs melting and rolling down his face. Like we said, sometimes less-is-more.

The books were clever, inventive, exciting, epic, great adventures. The movie was not. That is all.

popular
One of the most underrated crime thrillers of recent years is among the movies on TV tonight
Shock as blues singer beats Adele, Beyonce and Taylor Swift to win Song of the Year Grammy
5 years ago, Hollywood took a massive gamble on a huge sequel... and lost big time
Netflix has just added 12 very big movies to their library
Ben Affleck's bored expression at the Grammys becomes a meme
One of the best crime thrillers ever is among the movies on TV tonight
QUIZ: JOE's Big News Of The Day Quiz #41
You may also like
1 year ago
Stephen King has some amazing things to say about Netflix's new horror series
3 years ago
Stephen King's new HBO murder mystery looks like 2020's first must-watch
3 years ago
Stephen King's newest book, The Institute, is already being turned into a TV series
3 years ago
First footage from IT: Chapter Two terrifies audiences in Las Vegas
3 years ago
Pet Sematary traumatised me as a child but I watched it all over again in preparation for the remake
4 years ago
One of Stephen King's best books is being turned into a TV series
Next Page