Steven Avery's lawyer Kathleen Zellner, of Making a Murderer fame, has revealed who she thinks planted evidence on her client's property in the famous murder case.

Avery, who is currently serving time for the murder of photographer Teresa Halbach, rose to fame back in 2015 when a Netflix documentary detailed the realities of the US criminal justice system, suggesting that Avery and nephew Brendan Dassey were framed for the murder.

END_OF_DOCUMENT_TOKEN_TO_BE_REPLACED

Zellner, who famously appeared in the second season of the docu-series, has been busy working on the case in an attempt to exonerate Avery and has revealed that she believes Steven's nephew, Bobby Dassey, planted evidence on her client's land to frame him for the murder.

"Tomorrow you will find out who really planted Teresa Halbach's RAV4 on the Avery salvage yard," Zellner wrote on Twitter.

She also added the hashtags #Truth Wins and #MysterySolved.

Tomorrow you will find out who really planted Teresa Halbach’s RAV4 on the Avery Salvage Yard.#TruthWins @MakingAMurderer @EFMoriarty #MysterySolved

END_OF_DOCUMENT_TOKEN_TO_BE_REPLACED

According to Channel3000, the lawyer filed a motion claiming that a new witness has accused Bobby Dassey of planting the RAV4 in the yard in 2005.

Thomas Sowinski has said he saw a shirtless Bobby and another individual pushing the truck into the Avery yard on the morning of 5 November. The witness said he called the Manitowoc Sheriff’s Office later that day but was told by an officer: “We already know who did it."

Avery is currently serving a life sentence in a Wisconsin prison. Before he was charged with Halbach's murder, he was imprisoned for 18 years for rape and attempted murder. He has always maintained his innocence in relation to both crimes.

END_OF_DOCUMENT_TOKEN_TO_BE_REPLACED

Zellner, who is fighting for a re-trial for Avery, previously revealed new information regarding possible human remains found in a gravel pit away from the Avery property. At the time, she said that the bones were given to the Halbach family, which prevented the remains being tested for DNA. 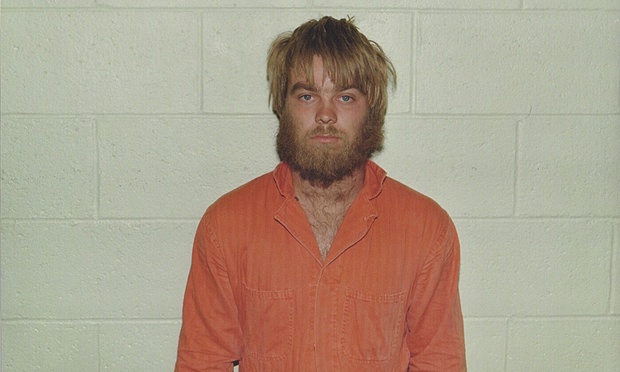 Zellner said that this proved that the photographer was not murdered on the Avery property as previously stated.

"This evidence has the potential to undo the whole case," she told Newsweek at the time. But despite her hopes, the discovery did little to move the Avery case forward.

A few years back, Making a Murderer producers Laura Ricciardi and Moira Demos hinted that a third season of the popular documentary could be in the works, but despite speculation since, there has been no confirmation to date.

popular
Met Éireann issues weather warning for three counties
An underrated Jason Statham thriller is among the movies on TV tonight
QUIZ: Take your very best shot in this tough General Knowledge Quiz
QUIZ: Can you conquer this delightfully difficult General Knowledge Quiz?
The 50 most iconic songs of all time* have been revealed
The JOE Movie Quiz: Week 160
This is how much time most men need after orgasm before a second round
You may also like
4 days ago
The content warning for this week's episode of The Boys is incredible
5 days ago
Netflix is looking for extras in Ireland for its new Obama-produced crime series
5 days ago
Marvel confirms hints for their new endgame have already been revealed
5 days ago
What to watch on Paramount+ now that it is available in Ireland
1 week ago
The Obamas are heading to Cork to film their first Netflix series
1 week ago
Disney+ has just added 21 huge movies to its library
Next Page