TG4 to air documentary on Anthony Foley's career this week

Axel will air later this week.

TG4 has announced that it will be airing the documentary Axel this Friday (14 August) at 10.15pm.

The documentary looks at the late Anthony Foley's record-breaking Munster career with an in-depth review of the side’s most unforgettable days in Thomond Park and abroad. 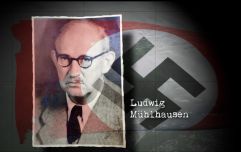 END_OF_DOCUMENT_TOKEN_TO_BE_REPLACED

It was originally released in 2008 after his retirement, but as you can imagine, it will feel that bit more special since his passing at the age of 42 in October of 2016.

Axel looks at Foley's career, while also showing the inspiring, loving man he was off the pitch, as well as the strong relationship he had with his native city of Limerick.

It features interviews and conversations with Paul O'Connell, Ronan O'Gara, Jerry Flannery, Keith Wood, and many more big names from within Irish rugby.

Speaking about the documentary, director Kieran Hartigan said: "They say you should never meet your heroes. As with so many other things in his too short life, Anthony Foley proved the exception.

"I am proud that this documentary stands as a testament to Anthony’s exceptional career but also to his dedication to his wonderful family".

popular
Here's how to make €9-11 on Revolut in just a few minutes
Green Party representative calls for a temporary ban of stag and hen parties in Ireland
Off-duty Garda arrested in Tipperary on suspicion of drink driving
Pop Idol star Darius Campbell Danesh has died, aged 41
QUIZ: You won't be able to correctly guess the meaning of all these words
Dublin Bus passenger assaulted in suspected homophobic attack
Murder investigation launched following death of 75-year-old woman in Kerry
You may also like
6 months ago
TG4 removes first ever Irish language NFT as the artist never gave permission to mint it
6 months ago
Scrios TG4 an chéad NFT as Gaeilge mar nach raibh cead acu as an ealaíntóir
9 months ago
TG4 has once again raised the bar for Halloween night broadcast pranks
10 months ago
TG4 to air documentary about the Irish woman who shot Mussolini tonight
11 months ago
TG4 is airing a critically acclaimed Seamus Heaney documentary tonight
11 months ago
New documentary will reveal how Ireland has prepared for an apocalypse
Next Page