The look of the Irish Part 4 - Fashion, Irish style

Some people may think that GAA short shorts are (almost literally) a load of old boll*x, but the truth of the matter is that we want them, we need them.

END_OF_DOCUMENT_TOKEN_TO_BE_REPLACED

They’re an Irish institution, as Irish as President Michael D. Higgins downing a pint of Guinness whilst wearing a Leprechaun outfit... only not quite as impressive as that (unfortunately imaginary) scenario.

We’ve worn them in the dead of winter, under the floodlights, in the lashing rain, covered in mud, freezing our balls legs off, but it’s all worth it when that one attractive local girl from town turns up to see you falling about the place in a pair of O’Neills short shorts.

Any shorter and you'd be done for indecent exposure.

JOE recently built up enough courage to venture out on our annual shopping excursion, all in order to purchase a new pair of jeans – bell-bottomed flares obviously.

END_OF_DOCUMENT_TOKEN_TO_BE_REPLACED

However, when we kindly asked the shop assistant lady, “where is the shop’s flared jeans section?” she simply responded, “1988,” as she tried to control her fit of laughter right in front of our face.

Irish men – proudly keeping flares in fashion for the rest of time. Although most people think that it was Kazakhstan’s favourite son Borat who started the craze of the wonderfully horrific mankini, JOE has uncovered evidence (looked on Google) that it was actually an Irishman.

So that’s why they’re always green. 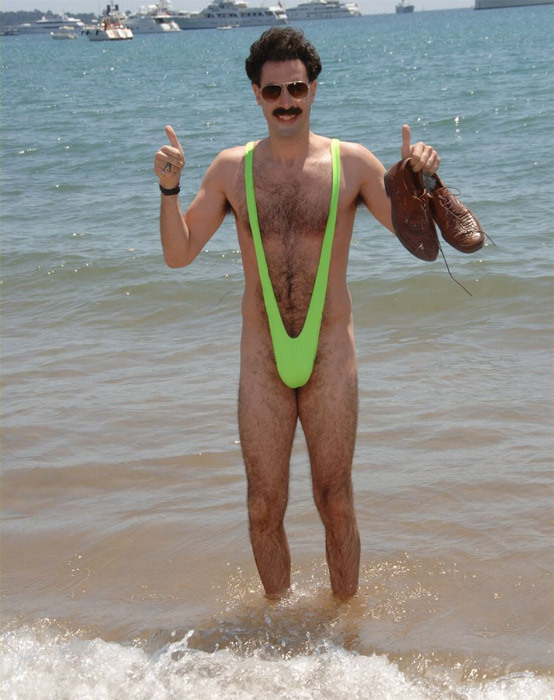 In fact, it was none other than Castleknock’s very own Colin Farrell. Astonishing and disturbing in equal measure:

For more insights into Irish style, sort of, check out the new series of Damo and Ivor, which is on each Monday at 10.00pm on RTÉ Two.

popular
Man arrested on suspicion of the murder of Irish man in London
Here's how to make €9-11 on Revolut in just a few minutes
New car-free town with population of 85,000 set to be built in Dublin
Galway City Council street cleaners claim Lotto jackpot worth over €5.5 million
Elderly Irish man stabbed to death on mobility scooter in London
QUIZ: Can you name all the countries beginning with A?
A terrific '90s crime drama is among the movies on TV tonight
You may also like
4 days ago
QUIZ: Match The Simpsons quote to the character who said it
6 days ago
The new Love Island and 8 more new movies & shows to watch this weekend
1 week ago
WATCH: House of Hammer details the alleged crimes of award-winning actor Armie Hammer
1 week ago
Prime Video has just added 25 very big movies to its library
1 week ago
5 must-watch shows and movies streaming on NOW in August
1 week ago
Two long-thought-dead Marvel projects appear to be in the works
Next Page