If you love his work, you'll be watching this.

You know what we mean. Hands up if you've ever searched for additional information/theories about Mindhunter, Dark, Twin Peaks, Lost, Game of Thrones etc? 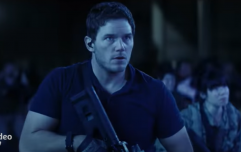 END_OF_DOCUMENT_TOKEN_TO_BE_REPLACED

On that note, we've had our eye on Castle Rock for quite some time now and after the first teaser grabbed our attention, the latest one has definitely confirmed our belief that it's one of the new shows that you need to watch in 2018.

Based on the stories of Stephen King, the psychological horror series will intertwine and feature a lot of King's most beloved characters and novels and we've already seen some of them.

J.J Abrams (Lost, Star Trek and Star Wars: The Force Awakens) is working alongside the author and this new show should be incredibly faithful to King's work

After watching the latest footage, it's clear that Castle Rock is going to twist and turn your mind into the darkest corners possible.

Ok, what references to other King films did we see?

Warden Norton's death at the end of The Shawshank Redemption.

Bill Skarsgård who famously played Pennywise in IT.

There's Sissy Spacek (who played Carrie back in the day) with a dog that looks eerily like Cujo.

As many of you will know, Castle Rock first appeared in King’s 1979 novel The Dead Zone and has reappeared in a plethora of other books and novellas. 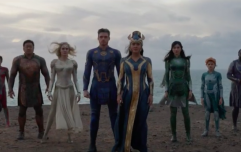 WATCH: Marvel's Eternals looks very, very different to anything else in the MCU so far

END_OF_DOCUMENT_TOKEN_TO_BE_REPLACED

Doctor Sleep, Revival, Cujo, The Dark Half and Needful Things were all set in Castle Rock, while Creepshow, The Stand, Sleepwalkers, Gerald’s Game and even IT have referenced the town.

With a cast that includes the likes of Bill Skarsgård, André Holland, Scott Glenn, Sissy Spacek, Terry O’Quinn, Melanie Lynskey and Jane Levy, we're very excited for this one.

The series is premiering in 2018 and here's the latest trailer.