The film, about an Irish convict in Australia, was being screened at the Sydney Film Festival.

A number of attendees at the Sydney Film Festival's premiere of the new Australian historical thriller The Nightingale walked out within the first hour due to the gratuity of the scenes involved.

The film, a period revenge thriller set in 1825, is the second film by director Jennifer Kent, whose first film was the in-no-way-gentle-or-easy-to-watch The Babadook. 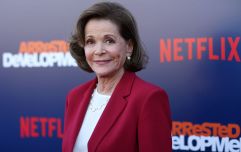 END_OF_DOCUMENT_TOKEN_TO_BE_REPLACED

The Nightingale centres on Clare, a young Irish convict, as she chases a British officer through the Tasmanian wilderness, seeking revenge for an act of violence he committed against her family.

She is helped through the wilderness by Billy, an Aboriginal tracker, who is also suffering from the effects of a traumatic past.

The film has been extremely well-received by critics after appearing at a number of international film festivals, with many praising it as an interesting take on the revenge thriller genre, as well as being an earnest and unpolished look at the crimes of British colonialists.

However, some critics, as well as members of the audience at the Australian premiere, felt that the level of violence - including against women, babies and indigenous people - was over the top.

It reportedly features three rape scenes in the first 20 minutes.

News.com.au reported one woman in attendance at the premiere saying, as there was a lull in proceedings: "She’s already been raped, we don’t need to see it again."

"Vacuum-packing a non-stop supply of rapes, deaths and beatings into more than two hours is needlessly punishing and comes at the expense of character and story," New York Post critic Johnny Oleksinski wrote.

"Constantly having to shield your eyes from horrible imagery — as the Sundance audience (the US premiere of the movie was screened at the Sundance festival) was — would seem to defy the whole point of watching a movie," he added.

popular
The 50 most iconic songs of all time* have been revealed
Hank Azaria feels he needs to apologise "to every single Indian" for playing Apu in The Simpsons
Dr Ronan Glynn says there will likely be no need for vaccine passports by June
Making A Murderer: The explosive and NSFW telephone call that implicates a new killer
Dr Ronan Glynn says six more weeks of strict restrictions needed to prevent fourth wave
Taoiseach Micheál Martin says hotels across Ireland could reopen by June
Japan to release one million tonnes of contaminated Fukushima water into the sea
You may also like
7 hours ago
Three-year-old girl dies after being struck by a bus in Tipperary
1 day ago
Gardaí intervene and restrain suspect who was armed with a knife in Limerick
4 days ago
Prince Philip has died at the age of 99
4 days ago
Female Garda in hospital after being dragged 100 feet by car during drug search in Cork
5 days ago
Seven more people with Covid-19 have died in Ireland, 400 new cases
5 days ago
Man arrested following stabbing in Kildare
Next Page