The plot sees the Warrens fighting "for the soul of a young boy which takes them beyond anything they’d ever seen before." It's released on 11 September.

2019 hasn't quite finished yet, but it's arguable that film fans will be drawing up their list of the best horrors of the last 12 months.

Titles like Midsommar, Ready Or Not, Us, and The Hole in the Ground will probably feature, but we're already turning our attention to 2020 and one title really does dominate the horror genre, The Conjuring: The Devil Made Me Do It.

Now that the official title has been released, the film's website has disclosed details of the plot.

It states that: "The Conjuring: The Devil Made Me Do It reveals a chilling story of terror, murder and unknown evil that shocked even experienced real-life paranormal investigators Ed and Lorraine Warren.

One of the most sensational cases from their files, it starts with a fight for the soul of a young boy, then takes them beyond anything they’d ever seen before, to mark the first time in U.S. history that a murder suspect would claim demonic possession as a defense."

Of course, this description supports a previous interview that James Wan (director of The Conjuring 1 and 2) gave about the film.

"It’s not necessarily based on an artefact but it’s based on one of the Warrens’ case files... It’s this guy who was on trial for committing a murder. I think it’s the first time in America’s history where the defendant used possessions as a reason, as an excuse," he said.

Deadline have also confirmed that the next instalment of the Conjuring universe will be based on the famous case of Arne Cheyenne Johnson.

On November 24, 1981, in Brookfield, Connecticut, Arne Cheyenne Johnson was convicted of first-degree manslaughter for the killing of his landlord, Alan Bono. Johnson claimed that a demon had moved from the body of an 11-year-old boy named David Glatzel into his own body and possessed him, making him to stab Alan Bono.

According to testimony by the Glatzel family, their son had allegedly played host to the demon that forced Johnson to kill Bono.

After witnessing a number of increasingly ominous occurrences involving David, the family, exhausted and terrified, decided to enlist the aid of self-described demonologists Ed and Lorraine Warren in a last-ditch effort to "cure" David.

The Glatzel family, along with the Warrens, then proceeded to have David exorcised by a number of Catholic priests. 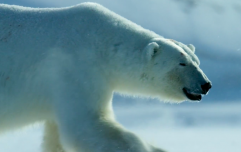 END_OF_DOCUMENT_TOKEN_TO_BE_REPLACED

The exorcism continued for several days, concluding when, according to those present, a demon fled the child's body and took up residence within Johnson. Several months later, Johnson killed his landlord during a heated conversation.

Johnson’s court case would become known as “The Devil Made Me Do It” case — hence the title.


popular
The JOE Friday Pub Quiz: Week 174
Paddy Holohan has been suspended from Sinn Féin over his claims that "scum" underage girls were having sex with men and blackmailing them
Paddy Holohan has been suspended from Sinn Féin with immediate effect
QUIZ: How many of these Disney Channel TV shows can you name?
Leo Varadkar hurries away from questions about "corporations and parasite landlords" on campaign trail
Hank Azaria will no longer voice Apu on The Simpsons
Netflix's new crime thriller The Stranger looks excellent
You may also like
4 days ago
Oscar Nominations: 11 nominations for Joker and another Best Actress nod for Saoirse Ronan
4 days ago
Derry Girls creator says movie is "definitely something we're talking about" and reveals first details of Season 3
5 days ago
QUIZ: How well do you know Happy Gilmore?
6 days ago
QUIZ: How well do you know the first two Bad Boys movies?
1 week ago
Here are the best movies on TV tonight
1 week ago
Last Of The Mohicans is being turned into a TV show with an excellent team attached
Next Page