Get to the cinemaaaaaa because it's back!

It's been 30 years since Arnie got to the choppa and, since his fateful encounter with that ugly motherfucker, the Predator has become a bonafide pop culture icon.

Make no mistake about it, John McTiernan’s 1987 original is a classic. Endlessly quotable and tense as hell, it's the perfect mix of sci-fi, action and horror.

END_OF_DOCUMENT_TOKEN_TO_BE_REPLACED

It’s a goddamn sexual Tyrannosaurus of a film.

Naturally, the sequel followed in 1990 and while Predator 2 upped the production design and gave us some memorable moments - the Rastafarian warlords, the skinned gang members that were hanging from the roof, and the introduction of the 'Elder Predators' being the most noteworthy - it didn't match the standards of the original.

To be fair, very few films can.

However, one famous image from the sequel managed to stall the franchise as it moved into another direction, the crossover with Alien. 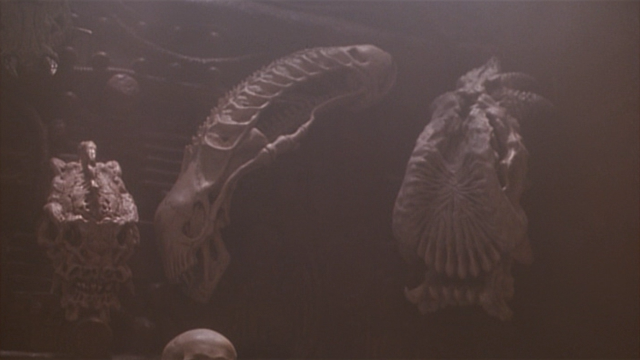 2004's Alien vs Predator sacrificed the gore for a PG-13 rating and a bigger slice at the box-office.

WATCH: Margaret Thatcher was briefly resurrected at the Emmy Awards

END_OF_DOCUMENT_TOKEN_TO_BE_REPLACED

As for its sequel in 2007, Requiem, well, to paraphrase the immortal words of Dutch: “ Requiem - you son of a bitch.”

Thankfully, Nimrod Antal restored some respectability to the franchise with Predators in 2010 as the saga moved back to its jungle roots.

The idea of taking the world’s best hunters and making them the hunted was clever, but sadly, it just fell down in the final hurdle.

Which brings us to now and our infrared vision is firmly locked in on The Predator.

After Shane Black was announced as the director, fans were giddy with excitement because as we all know, he played Hawkins in the original and had a massive contribution towards that iconic script.

END_OF_DOCUMENT_TOKEN_TO_BE_REPLACED

In fact, Hawkins was the very first 'expendable asset' to be butchered by the Yautja warrior.

It also helped that Black is also the man responsible for Kiss Kiss Bang Bang, Iron Man 3 and The Nice Guys.

Sadly, The Predator isn’t as funny as any of those films because the script is a bit of a mixed bag. Some of the jokes land, others don't and some just feel really odd.

Maybe he was pushing too many pencils? This being said, all is definitely not lost because there's plenty here for fans to enjoy.

Knee-jerk reaction? It's the second best Predator film in the saga but gone is any sense of suspense and mystery. This is a straight-up action film that starts in a bloody frenzy and doesn't stop.

In terms of the plot, the hunt has definitely evolved. 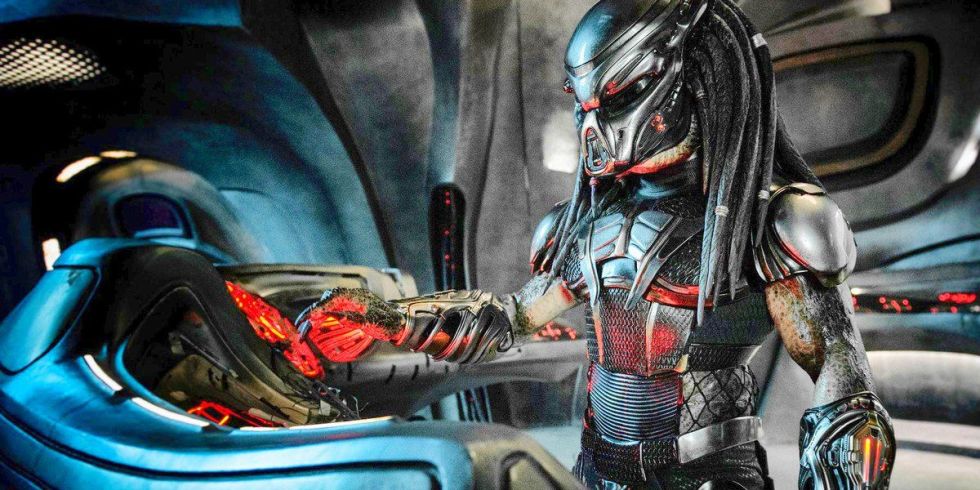 Having genetically upgraded themselves with DNA from other species, the Predators learned from their previous hunting expeditions on Earth.

When a young boy (Jacob Tremblay) accidentally triggers their return, only a ragtag crew of ex-soldiers can prevent the end of the human race.

While the original film didn't reveal the Predator until the later half of the film, The Predator wastes no time in re-introducing us to the badass alien.

Quinn McKenna (Boyd Holbrook) is an ex-US Army sniper-turned-mercenary for hire, about to take down the bad guys in a Mexican hostage situation when he and his unit are distracted by a crashing spaceship. 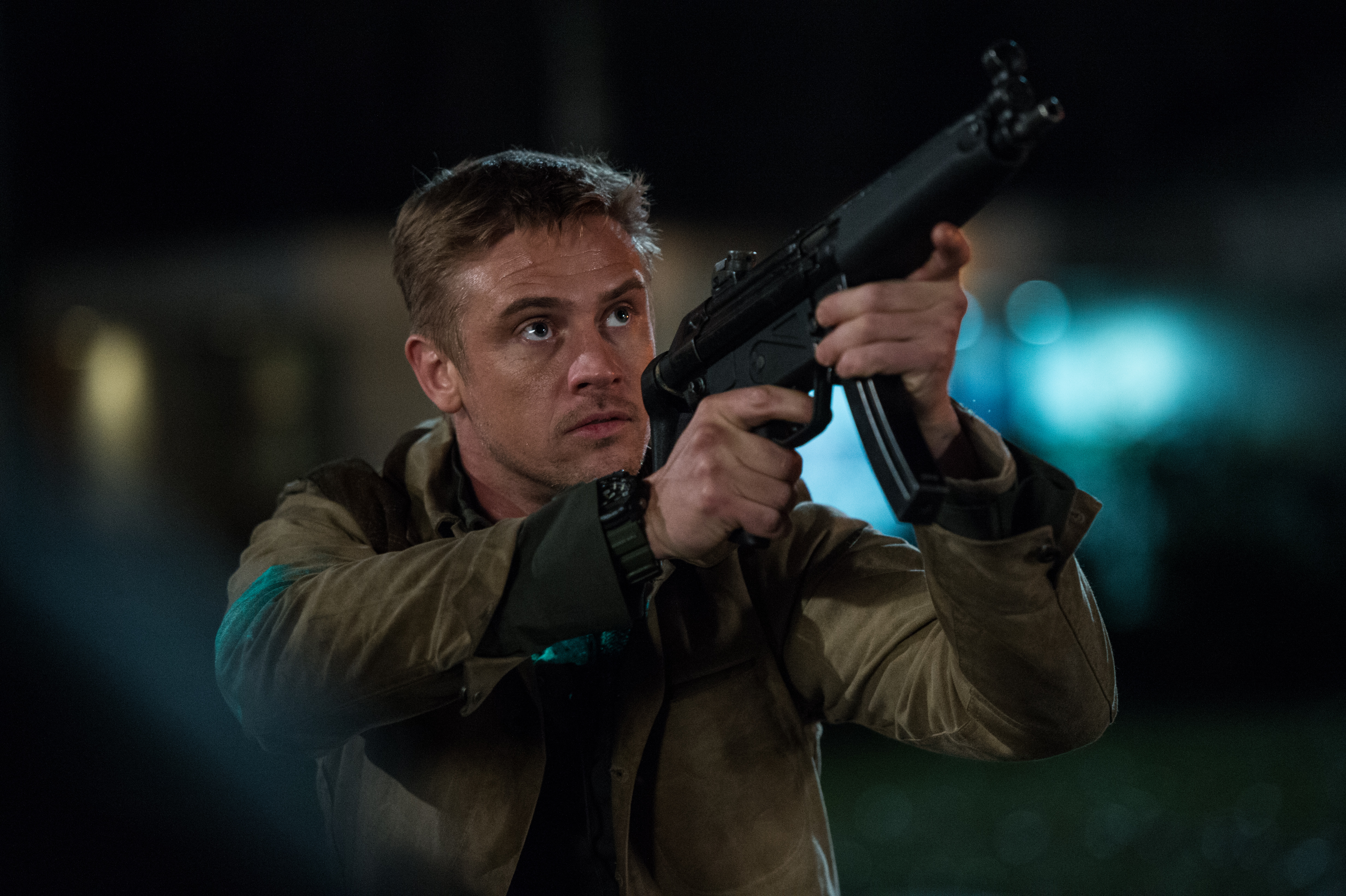 The film feels like a love letter to the original and most importantly, it gets the biggest thing right, the gore factor.

Make no mistake about it, the Predators are the main stars of this film and when they go hunting, they will fuck up anything that gets in their way.

Heads are bitten off by the Predator's iconic mandible fangs. Limbs are blown into smithereens by his plasma cannon. Bodies are skinned and hung from the trees (a moment that made me giddy with bloodlust).

People are impaled on gigantic spears. Throats are slashed by the Predator's razor blades. Bullets spray fragments of brains and bone into the night sky. Spines and skulls are ripped out in an instant. Flesh is stripped away like its wrapping paper.

Those boomerang blades eviscerate anything they touch. Soldiers carry the biggest fucking guns that you’ll ever see. Torsos are torn to shreds.

In many ways, the Predator franchise was conceived in a flurry of madness, bluster and bravado. There's the famous story of Jean Claude Van Damme being replaced during the rigorous shoot.

Elsewhere, the original design of the creature was so bad that they had to start from scratch - Stan Winston was hired and saved the day. Shane Black has openly talked about the fact that half the cast were shitting their guts out while they were filming those iconic scenes.

In this environment of bravado and pressure, one of the greatest films of all time was born.

It's fitting then that The Predator also endured a tumultuous shoot - Black has openly talked about his decision to undertake additional photography to fix the ending- and while it's not a perfect film, it's a bloody good Predator film.

Fans will get a chill when they hear Alan Silvestri's wonderful score, or that famous animalistic prowl when the Predator starts to stalk his prey.

Throughout his career, Shane Black has always been a filmmaker that loved distorting and playing with the conventional rules and cliches. In Kiss Kiss Bang Bang, his version of Russian Roulette actually ends up with people blowing their brains out, and this is very much his Predator film.

It's batshit. It's bloody. It's bold and it breaks new ground while giving a knowing nod to what came before.

Yes, that ominous sense of isolation, tension and mystery from the original film is gone. The Predator acknowledges the fact that every single entry has moved the franchise away from the original-  but this feels like a very different beast.

Nothing can top McTiernan's classic, but there are knowing nods, lines and winks to the original while respecting the mythology of the franchise. We get warring Predators, a return for the 'Predadogs', mysterious government agencies that are withholding information, a ragtag bunch of soldiers, but most importantly, more deaths in The Predator than the entire franchise combined.

“It’s some kind of interstellar cops and robbers,” is how a character tries to explain what the hell is happening, but narrative logic doesn’t really matter when there's so much fun to be had from watching the Predators kicking seven shades of regular and neon-green shit out of anything that moves.

And Predator fans know that if it it bleeds, we can kill it. Thankfully, The Predator does have time to bleed... and lots of it.

The Predator is released in Irish cinemas on 12 September.

The Big Reviewski || JOE · The Big Reviewski with Y: The Last Man, that Malignant ending & a secret streaming service
popular
UK company adopts four-day work week so employees can focus on themselves
EY announces 816 new jobs across Ireland
Larry Bass resigns from RTÉ board just one day after first board meeting
Aer Lingus announces flight sale as US to lift travel ban for vaccinated EU passengers
Cork City Centre described as a "no go area" after man pulled from wheelchair in violent attack
The first ever foldable hotel room has been launched in Ireland
WATCH: Margaret Thatcher was briefly resurrected at the Emmy Awards
You may also like
1 day ago
New documentary on the murder of Limerick man Jason Corbett to air on Monday night
2 days ago
Ranking Daniel Craig's James Bond movies from worst to best
2 days ago
The Big Reviewski JOE Movie Quiz: Week 120
2 days ago
One of the best war films ever made is among the movies on TV tonight
2 days ago
Daniel Craig says goodbye to James Bond in emotional farewell speech
2 days ago
'80s horror classic The Lost Boys to be rebooted, but can the original be topped?
Next Page