J.J. Abrams on the scene from The Rise of Skywalker that was influenced by The Goonies

Fans of Star Wars and The Goonies may have spotted it.

Given the fact that George Lucas has openly admitted that Star Wars is directly influenced by the films of Akira Kurosawa and John Ford, it should come as no surprise to learn that the new trilogy has been shaped by some fairly notable pop-culture titles too. That's the same story for The Rise of Skywalker.

The Hero with a Thousand Faces (first published in 1949) by Joseph Campbell is also a seminal text in the creation of the galaxy that's far, far away, as is Flash Gordon.

However, with The Rise of Skywalker bringing an end to a story that has been 42 years in the making, director J.J. Abrams had one hell of a job in tying up this particular trilogy, while paying homage to so many wonderful moments throughout the history of Star Wars.

Rey, Finn, and Poe might be battling the evil order of the Sith and The Emperor in the latest film, but neither of them can say that they've gone toe-to-toe with The Fratellis.

Side note, what do we have to do to make Chunk a Jedi? 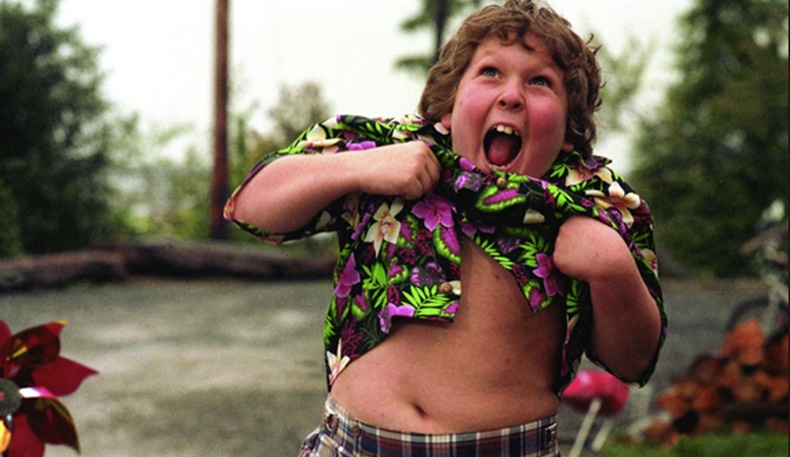 Anyway, spoiler alert for those that haven't seen Star Wars: Episode IX just yet but if you have, there are some little Easter Eggs that fans of The Goonies may have picked up on.

After retrieving the Sith blade that contains the precise coordinates to find the Sith GPS/that little triangle that gives the directions to The Emperor/the MacGuffin that Kylo Ren slaughtered all those aliens for at the start, Rey knows exactly what to do with it.

After finding a secret extension to the blade, she uses her Jedi instinct to pinpoint the location of the 'Sith GPS' on the ruins of the Death Star.

It's eerily similar to this moment of inspiration from Mikey (Sean Astin) in The Goonies. Well, that's not an accident...

END_OF_DOCUMENT_TOKEN_TO_BE_REPLACED

In an interview with JOE's Eoghan Doherty, J.J. Abrams said that Astoria's finest adventurers did influence the latest chapter in the Skywalker saga.

"There is a moment that's definitely Goonie-esque. But, I think every film should have at least 3-4 moments that are Goonie-esque, at least! But yes, there is one. It's sort of in that vein. It's Goonie-esque, but it's sort of kind of like a treasure hunt. Not exactly like that, but it's a real puzzle piece moment," said the director.

You can check out the whole interview below and JOE's chat with Oscar Isaac too.

Star Wars: The Rise of Skywalker is now in Irish cinemas and here's a taste of what's in store.