There has been serious doubt surrounding whether the classic cartoon show would be on the streaming service in the UK and Ireland.

People in the UK and Ireland have been buzzing for Disney+ to make its way to our isles ever since it launched in America back in 2019.

Getting to see almost loads of Disney content, as well as Pixar, Star Wars and Marvel movies, on top of original television shows like The Mandalorian and High School Musical: The Musical: The Series seems too good to resist. 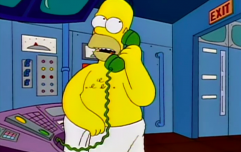 END_OF_DOCUMENT_TOKEN_TO_BE_REPLACED

But there was one issue, it seemed as though The Simpsons may not be included in the rollout for the UK and Ireland, due to the differing television rights over here.

And on Tuesday morning, our prayers to Reverend Lovejoy were answered.

Disney+ posted a tweet on its official page that all but confirmed that the iconic cartoon cartoon show would be coming to the streaming service in the UK. 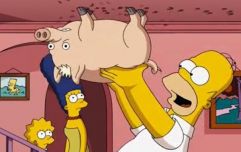 END_OF_DOCUMENT_TOKEN_TO_BE_REPLACED

British GQ then confirmed the news, and said that if we get the same deal that the streaming service offers in the United States, it means we'll have 30 seasons and 660-odd episodes.

Although we wouldn't be surprised to learn that a lot of people will cut off their rewatch at Season 12.

popular
Bus Éireann’s service from Dublin to London will restart this week
Gardaí unveil new Armed Support Unit vehicles to replace older models
Netflix has just added 33 very big movies to its library
Gardaí are going global with new roles created in UAE and Bangkok
An action-packed thriller is among the movies on TV tonight
The full list of cancelled flights in and out of Dublin Airport on Monday (so far)
Amazon Prime Video has just added 51 big movies to its library
You may also like
1 week ago
Fan remakes Simpsons: Hit and Run as open-world game and it looks amazing
1 month ago
QUIZ: Name the TV show from the end credits production logo
3 months ago
The JOE Music Quiz: Week 97
8 months ago
You can now get paid almost €6,000 to watch every episode of The Simpsons
11 months ago
The Simpsons 'predicted' Richard Branson's trip to space in 2014
1 year ago
QUIZ: How many of these characters from The Simpsons can you name?
Next Page