As you probably know, there's a reboot of spooktacular '80s classic Ghostbusters coming this summer with an all-female cast. 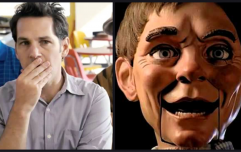 END_OF_DOCUMENT_TOKEN_TO_BE_REPLACED

It's a terrific cast, with a proven comedic and action director at the helm (Paul Feig, director of Bridesmaids and Spy), but a lot of people seem to be unhappy about the project.

The official trailer that was launched last month has clocked up 30 million views on YouTube. But it has also earned 650,000 dislikes (to 222,000 likes), making it the most disliked movie trailer EVER uploaded to the video site.

What's behind the historic number of downvotes? Well, one reason is that the trailer is not especially good, something that even its star, Melissa McCarthy, has now acknowledged.

"I think it's very confusing," she told a US radio show.

"It's a reboot, not a remake. I know it's weird that they say [in the trailer] "30 years ago," but in this movie it's like the first one didn't happen...It's a great story, but told totally differently. It's the same thing of four unlikely heroes, it's in New York city, ghosts are taking over. It's the same classic story, but it's not a '30 years later'."

Other people seem to hate that any kind of remake is happening, which is a fair enough grievance for anyone worried that their precious childhood memories are about to be tainted:

However, others see more insidious forces at work when it comes to criticism of the new Ghostbusters: namely racism and misogyny.

Anybody else find the new @Ghostbusters is saying "were not sexist, just racist!"?

@NME I supported the idea of the new Ghostbusters. They came out with a racist trailer. Don't call us trolls for the studio's sins.

Typical of internet comment culture, there's a lot of invective underneath the trailer that couldn't be interpreted as anything but misogynistic: for example, "GhostBusters – Fat Dyke Edition – Official Trailer (HD)", "'Funniest Actors working today'. When are people going to learn that women aren’t funny?", and, "By the way I'm fine with an all female cast but at least hire better looking women to stare at especially if I have to sit through this garbage."

And haters, attack me all you want but when you attack and insult my cast, you've crossed the line. Grow up and leave my cast alone.

Director Paul Feig doesn't mince his words when it comes to the controversy, calling the backlash (or "frontlash", as nobody has actually seen the movie yet) "some of the most vile, misogynistic shit I’ve ever seen in my life.”

No, they're attacking my cast personally. Look at @Lesdoggg mentions. They're going after her and @melissamccarthy. https://t.co/xhq0iXwmPx

Many are disputing the claims of a women-hating motive, but as 'The Hollywood Reporter' points out that many of the most disliked videos on YouTube are female-fronted.

"In fact, more than half of the videos on the list star women, which points towards a depressing truth: Ghostbusters is falling victim to the seemingly inherent sexism that surfaces across the internet, especially when it comes to nerd culture."

What does this all mean for the new Ghostbusters? Will it be a hit, regardless? Or will all this negative advance publicity doom it before it even opens?

You can make your own mind up on July 15, when Ghostbusters opens in UK cinemas.

popular
Amazon Prime Video has quietly added 10 big new movies to its library
Clint Eastwood's final western is among the movies on TV tonight
The best memes from this year's Late Late Toy Show
The 50 most iconic songs of all time* have been revealed
QUIZ: Set Yourself Up with this General Knowledge Quiz
The JOE Movie Quiz: Week 130
The JOE Music Quiz: Week 83
You may also like
1 year ago
The trailer for Ghostbusters: Afterlife is scarier and more heartfelt than you'd expect
2 years ago
Ghostbusters star Leslie Jones absolutely slams the new sequel for ignoring the female-led version
2 years ago
A sequel to the original Ghostbusters movies is on the way
3 years ago
Dan Aykroyd on Ghostbusters 3: "It is being written right now"
5 years ago
Sony likely to pull the plug on a sequel to Ghostbusters
5 years ago
Ghostbusters actress Leslie Jones forced to leave Twitter by racist abuse
Next Page