Only the red hat ones though, so there is no gear included...

While last night's episode of Love/Hate was stuffed with graphic violence, impending doom and increasing levels of paranoia, one bright spot of humour was provided by the plot involving drug importation, which revolved around some very dodgy garden gnomes.

A special shipment of the outdoor decoration was picked up at Dublin Port by Elmo, who was under strict instructions from Pauley.

END_OF_DOCUMENT_TOKEN_TO_BE_REPLACED

And Elmo, being the business genius that he is, was given the go ahead by Pauley to sell the red-hatted ones himself.

What we didn't expect was that Nidge's henchman would have them up on Done Deal this morning, but thanks to JOE reader Barry O'Sullivan, it seems he has.

Here's the ad, and here's the link 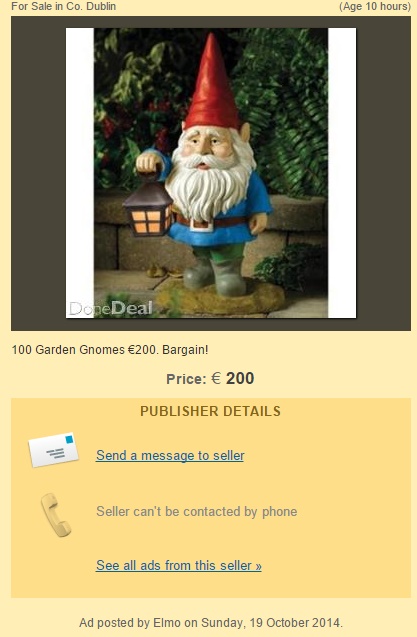 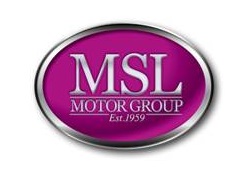 The Big Reviewski || JOE · TBR Spotlight: Loki - Episode Two - 'The Variant'
popular
Public warned about another sophisticated phone scam doing the rounds
Garda union hits out at "absolute confusion" over outdoor drinking and dining
The Queen appealing for volunteers to weed the garden of her Sandringham Estate
QUIZ: Name all the counties of Ireland that contain 3 vowels or more
QUIZ: Can you name all these European countries from a list of cities?
Gardaí will use "discretion" over outdoor drinking at pubs and restaurants
QUIZ: Can you get full marks in this potentially very frustrating general knowledge quiz?
You may also like
2 weeks ago
Holby City cancelled by BBC after 23 years
2 weeks ago
Kate Winslet weighs in on the potential for Mare Of Easttown Season Two
2 weeks ago
The Matt LeBlanc as every Irish auld lad meme has gone global in a big way
3 weeks ago
Here's the lineup for the final episode of this season of The Late Late Show
3 weeks ago
Five huge highlights from watching Friends: The Reunion
3 weeks ago
CONFIRMED: Money Heist season 5 is coming to Netflix in September
Next Page