Three of the biggest theories from that Spider-Man: No Way Home trailer

The trailer now holds the record for the most views in 24 hours.

Back in 2019, Avengers: Endgame set the record for most views of a trailer in a 24-hour window, racking up an incredible 289 million views.

This week, Spider-Man: No Way Home has blown that record out of the water, with a jaw-dropping 355.5 million views in that first day alone.

END_OF_DOCUMENT_TOKEN_TO_BE_REPLACED

Fans the world over have gone through the trailer, frame by frame, hoping to learn some nugget of new information about the movie which is destined not only to change the future of the MCU, but even dramatically impact its own past.

We did a deep dive on it ourselves, uncovering what we believe to be FIVE of the movie's villains in the trailer, and you can check out that full breakdown from the 1.25 mark in this video:

However, outside of the villain talk, there are plenty of other huge theories popping up all over the place around the three-minute teaser, and we've collected the biggest three for you right here...

END_OF_DOCUMENT_TOKEN_TO_BE_REPLACED

One - Doctor Strange is Mephisto

The biggest question swirling around the Twittersphere since the trailer dropped is how could Doctor Strange be so lackadaisical about a potentially reality-collapsing spell? There are two prevailing theories on that one: (A) Doctor Strange has the same "make mistakes and apologise later" attitude to doing dangerous things as Tony Stark had, and his ego has once again got the better of him, or (B) the much more fun theory is that this isn't Doctor Strange at all, but much-loved Marvel villain Mephisto.

Not the actual devil, but he might as well be, Mephisto has been teased for arrival since WandaVision, and in Loki, but he has yet to actually appear, but a background image in the trailer got people's attention... 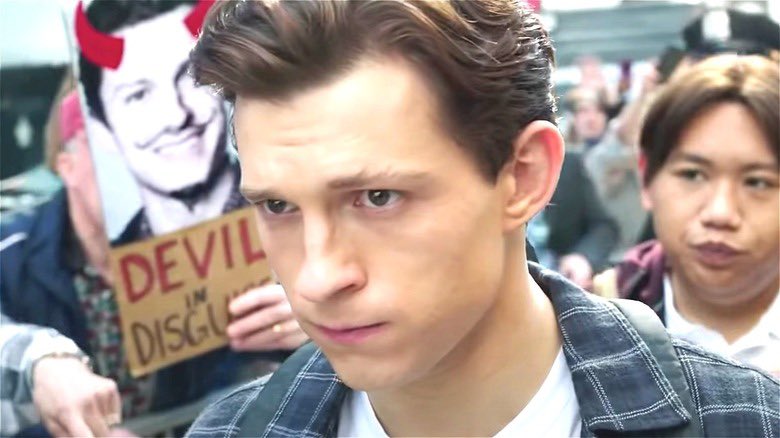 ... before Doctor Strange's behaviour, devilish wink at Parker, and particular stance during his conversation in the frozen-over Sanctum Sanctorum seemed to seal the deal for most people. 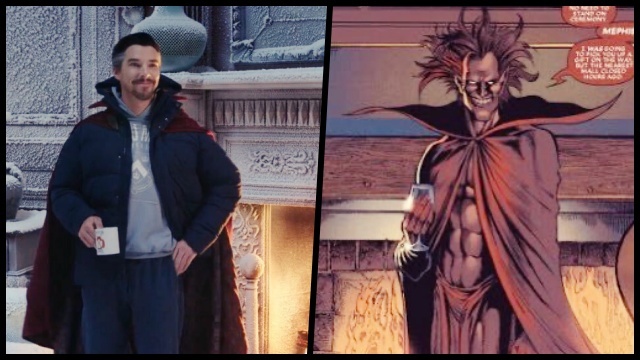 END_OF_DOCUMENT_TOKEN_TO_BE_REPLACED

Yes, we did mention this in the video above, but we're so excited about the potential of this being real that we need to talk about it some more. While not all of Marvel's shows on Netflix were great (we're looking at you, Iron Fist), the one that everyone can agree on was Daredevil, with Charlie Cox playing the character pretty much to perfection.

Back when Netflix and Disney were working out the future of the Marvel properties, there was a stipulation that Disney had to wait at least two years until they can move forward with the characters in any way... and guess how long it has been now?

Anyway, during the early scenes in the trailer when Parker is getting grilled for the murder of Mysterio, we see someone in the interrogation room, slamming files down on the table. And if you've ever watched Daredevil on Netflix, then you know that Murdock loves a good files-on-the-table slam.

Three - The events are caused by WandaVision (and also, potentially, Loki)

It doesn't seem super likely that Peter just asking some questions is enough to cause the complete collapse of the multiverse as we know it, does it? We feel there is some tricky editing at play during this scene in the trailer, assigning blame to Peter's nervous bumbling to everything that follows.

However, we're guessing that Strange's meddling spell is being performed riiiiiiiight around the same time that Wanda was going nuclear in WestView, or maybe even working away at her own spells in that isolated cabin. Also, because time and space went out the window, we have no idea when the climax of Loki was taking place, and Sylvie/Kang's actions at the end of that show might also have had a hand in proceedings.

Thankfully, we don't have long to wait for the answers, as Spider-Man: No Way Home will arrive in Irish cinemas on Friday, 17 December.