Tinder Swindler conned out of $7,000 after falling for online scam

Meta later said it does not offer verification through payment.

The "Tinder Swindler", who goes by at least three different names, was recently conned out of $7,000 by two people claiming to be capable of getting his Instagram account verified.

Shimon Heyada Hayut has become a globally recognised name following his appearance in the popular Netflix documentary The Tinder Swindler, which was released earlier this year. The film followed Hayut as he systematically met a series of women on the eponymous dating app, before convincing them to lend him thousands in credit card cash following a string of high-flying and tense tall tales.

END_OF_DOCUMENT_TOKEN_TO_BE_REPLACED

While Hayut is the man's legal name, he currently goes by Simon Leviev, which many say is to connect him to billionaire Lev Leviev who is known as the "King of Diamonds." Ironically, Leviev is now being sued by his fake dad, whose lawyers filed the lawsuit in Tel Aviv, Israel.

Hayut was approached by verified Instagram account Richnana who claimed they could help him and his model girlfriend, Kate Konlin, become verified on the popular social media app. Richnana also offered to remove fake profiles pretending to be Hayut, reports TMZ. 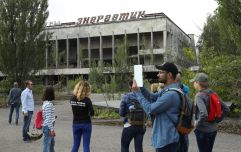 END_OF_DOCUMENT_TOKEN_TO_BE_REPLACED

Richnana claimed her boyfriend "Chris Fox" worked for Meta, Instagram's parent company and that he would help them - for a price. Sources told the Mail Online that the dynamic conning duo claimed they were phoning from Meta's HQ and staged a video chat in an office setting.

Hayut paid Richnana and Fox - but the exact amount he forked over is still relatively unknown. Message exchanges say that Fox requested a $5,000 payment but PayPal screengrabs obtained by TMZ suggest an amount closer to $7,700 US.

Hayut's manager later contacted Meta that confirmed it does not offer verification through payment but - rather ironically - Hayut's Instagram account has since been verified. 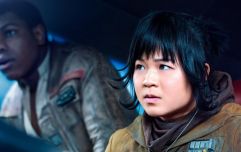 END_OF_DOCUMENT_TOKEN_TO_BE_REPLACED

In 2017, Mashable reported that marketing professionals were paying Instagram employees to have their clients' Instagram accounts verified. "It all comes down to money and who you know," one insider told the outlet. "It's sad, but it's kind of how life is, you know? I've sold verifications anywhere from $1,500 to $7,000."