"Getting out alive takes a little faith... and a lot of guns"

We've already had an exclusive look at the new poster and now it's time to check out the first trailer for Pixie, a brand new Irish comedy with a fantastic cast.

The film tells the tale of Pixie, a young woman who wants to avenge her mam’s death by masterminding a heist.

END_OF_DOCUMENT_TOKEN_TO_BE_REPLACED

Things don’t go quite as planned, however...

As things go from bad to worse, she soon finds herself on the run from gangsters, joined along the way by two young lads who are completely out of their depth, with the three of them trying to stay alive as they make their way across the wilds of Ireland. 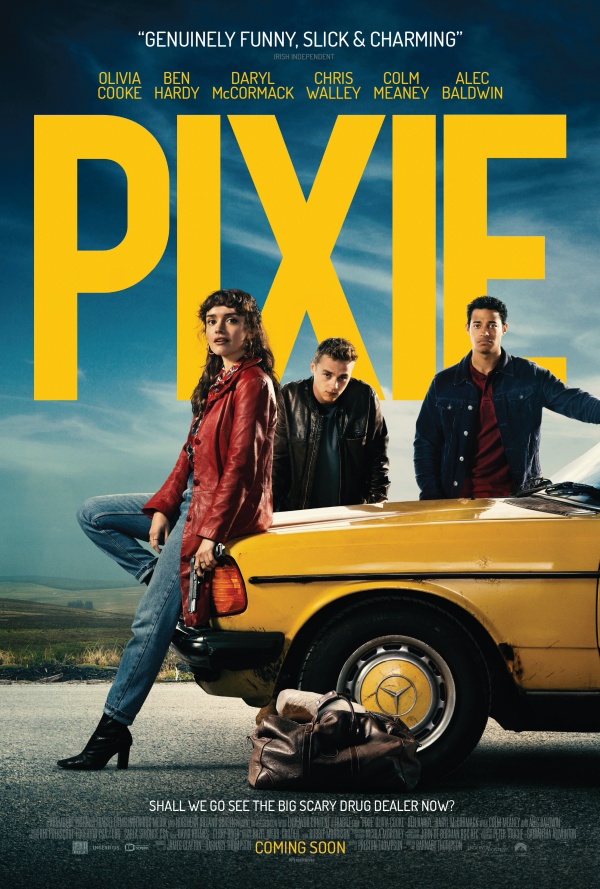 If you're looking for reasons to go and see the film, let's just go over the key details of the title again. It's got...

END_OF_DOCUMENT_TOKEN_TO_BE_REPLACED

Colm Meaney. Dylan Moran. And Alec Baldwin. As a deadly gangster. Who also happens to be a priest.

Here are a few more reasons, just in case you're still not convinced...

Does it also star one of Ireland's funniest funnymen, Pat Shortt? Yes, he's in there.

END_OF_DOCUMENT_TOKEN_TO_BE_REPLACED

Is one of The Young Offenders in it? Yep, Jock AKA Chris Walley is in the film, present and correct.

And in its three leads, does it have a Peaky Blinders rising star, one of the main actors in the Oscar-winning Bohemian Rhapsody AND a favourite of Steven Spielberg?

You see? There are loads of reasons to go and see Pixie when it's released in Irish cinemas on 23 October.

Plus, the trailer is really funny. Have a look...

Pixie is released in Irish cinemas on 23 October 2020

popular
QUIZ: Test your knowledge with this Ultimate Friends Character Quiz
Details of cash payments and Christmas bonus outlined in Sinn Féin’s alternative budget
The JOE Friday Pub Quiz: Week 313
House Of The Dragon is already better than Game Of Thrones
A brilliant psychological thriller is among the movies on TV tonight
One of the best films nobody went to see turns 15 years old this week
The 50 most iconic songs of all time* have been revealed
You may also like
13 hours ago
QUIZ: How well do you know your horror movie scream queens?
1 day ago
2022's sexiest show is finally available to watch in Ireland
1 day ago
WATCH: Oscar winner Steven Price weighs in on #ReleaseTheAyerCut for Suicide Squad
1 day ago
The 6 must-watch brand-new arrivals coming to Disney+ in October
1 day ago
QUIZ: How well do you remember Avatar?
2 days ago
Amazon Prime Video has just added 20 very big movies to its library
Next Page