#TRAILERCHEST: Armie Hammer's next step might be his last in Mine

Welcome to #TrailerChest, where we're taking a sneak peek at the brand new trailer for Mine. 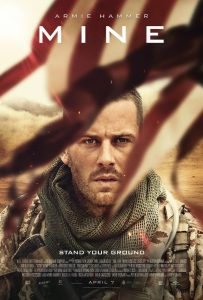 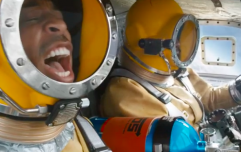 END_OF_DOCUMENT_TOKEN_TO_BE_REPLACED

The other accidentally steps on another mine, but keeps the pressure on, and having called for back up, he's been told he'll have to stay in the one place for the next 52 hours. But with enemy combatants, hungry wolves, dwindling supplies and incoming increment weather, will he be able to last that long?

In the great tradition of Buried, Panic Room, 127 Hours and Phone Booth, we've got a tense thriller were the protagonist is stuck in one place, and we're once again presented with the great dilemma: What would you do if you were in that situation?

Irish release date: TBD, but the US release is 7 April.

The Big Reviewski || JOE · TBR Spotlight: The Falcon and the Winter Soldier Episode Four - 'The Whole World is Watching'
popular
Female personal trainer shares the creepy messages she receives from men on social media
The cast and director of Fast & Furious 9 discuss setting a sequel in Ireland
You can now get a life-size inflatable pub for your back garden
What Netflix’s Seaspiracy gets wrong about fishing, according to a marine biologist
Dublin cyclist says he "could've died" after being pushed into ditch
The 50 most iconic songs of all time* have been revealed
New walk-in Covid-19 test centres open across Ireland
You may also like
1 week ago
Record-breaking trailer views indicate massive hunger for return to cinemas
1 week ago
The first Ghostbusters: Afterlife clip features Paul Rudd and some mini-Stay Puft men
1 week ago
WATCH: Batman: The Long Halloween trailer takes a look at one of his most famous cases
2 weeks ago
WATCH: The Suicide Squad are back with a very sweary, extremely violent trailer
1 month ago
WATCH: An all-star cast feature in new Irish thriller Here Are The Young Men
1 month ago
WATCH: Line of Duty Season 6 trailer hints at a big reveal for the show
Next Page