#TRAILERCHEST: Arnie is back and looking for revenge in Aftermath

He did warn us he'd be back, to be fair.

Welcome to #TrailerChest, where we're taking a sneak peek at the brand new trailer for Aftermath. 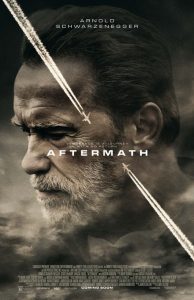 END_OF_DOCUMENT_TOKEN_TO_BE_REPLACED

Based on true events, Aftermath tells the story of Roman (Schwarzenegger), a husband and father who discovers that his wife and daughter were killed when their passenger jet was part of a mid-air collision. Looking for someone to blame, he ends up focusing his vengeance-filled attention on the air-traffic controller (McNairy) who was on duty the night of the accident.

Arnie seems to veering further and further away from his regular action-heavy movies, and Aftermath looks like it'll be tonally closer to his recent zombie-drama Maggie, it being another way for the former Governator to flex his acting muscles instead of his, y'know, actual muscles.

popular
Woman in her 30s injured after falling from balcony in Cork city
More counties issued with weather warnings as Storm Barra hits Ireland
Woman in her 90s dies following road crash in Clare
Amazon Prime Video has quietly added 8 big new movies to its library
Schools affected by Storm Barra expected to reopen tomorrow, says Minister
An underseen Keanu Reeves adventure is among the movies on TV tonight
Thousands of homes without power due to Storm Barra
You may also like
3 days ago
Just in time for Christmas, all eight Harry Potter movies are now available to stream at home
4 days ago
TG4 reveals its very impressive line-up of Christmas movies
4 days ago
Alec Baldwin says he does not feel guilt over film-set shooting of Halyna Hutchins
4 days ago
The movie described as "Showgirls in a convent" has a tentative Irish release date
4 days ago
Six must-watch movies coming to Irish cinemas this December
4 days ago
One of 2021's most overlooked movies and 7 more movies and shows to watch this week
Next Page