#TRAILERCHEST: The Rock fights a giant monkey, a giant wolf and a giant lizard in Rampage

Welcome to #TrailerChest, where we're taking a sneak peek at the brand new trailer for Rampage. 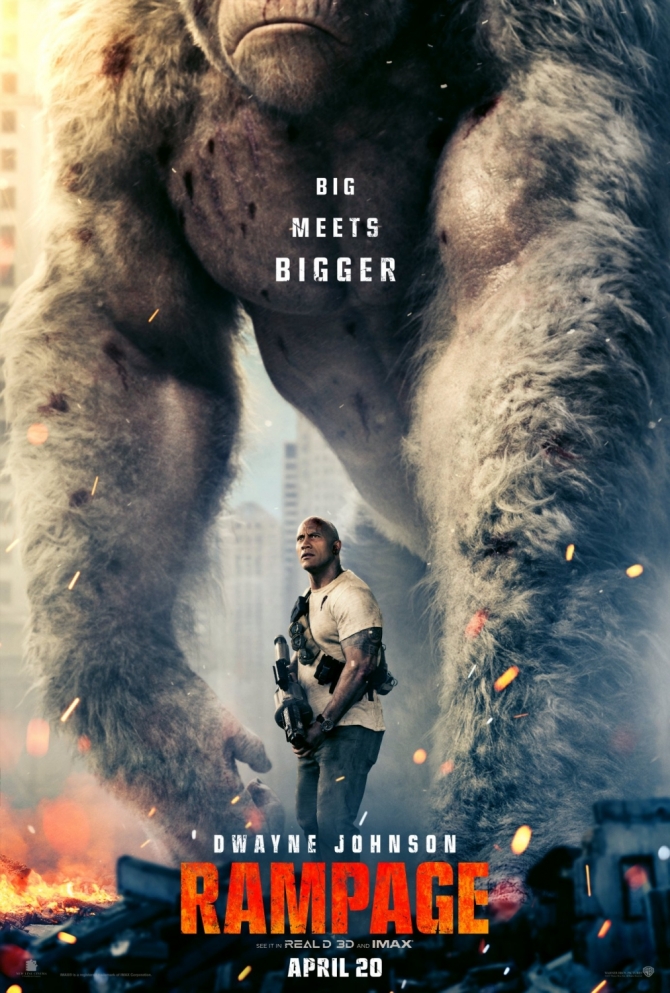 END_OF_DOCUMENT_TOKEN_TO_BE_REPLACED

Plot's It All About? Back in 1986, a video game by the name of Rampage was released. In it, you controlled a giant monkey (King Kong, effectively, except for copyright reasons, let us call him ... Ding Dong), and the point of the game was to completely destroy tall buildings in as fast a time as possible. You could also control a Godzilla-type creature, and a giant werewolf, depending on how many players there were, and you would feed on civilians and try not to get killed by the army.

Things don't seem to have changed all that much for the movie, to be honest. Whereas in the game the creatures were humans that were genetically changed into giant monsters, here it is just ("just") animals that are made to get super huge, and then take some of their new found strength and anger issues out on the nearest metropolitan area, which in this case would appear to be Chicago.

Just how The Rock is going stop these giant monsters, or how serious we're meant to be taking all of this (or guess? Not very) is still up for debate. But it involves The Rock fighting a giant monkey, a giant wolf and a giant lizard, so we're 100% in already.

The Big Reviewski || JOE · The Big Reviewski with Andy Serkis, Squid Game follow-ups & the return of Succession
popular
New €140 million road officially opens today, replacing one of the Ireland's most dangerous roads
Expert wants 10 antigen tests delivered each week to every family this winter
QUIZ: Can you master this General Knowledge Quiz?
The cleanest towns in Ireland have been named
10 things I learned while rewatching the first two seasons of Succession
The JOE Friday Pub Quiz: Week 265
The JOE Movie Quiz: Week 124
You may also like
1 month ago
WATCH: Deadly Cuts takes hairdressing in Dublin to murderous new heights
1 month ago
WATCH: The first trailer for Red Notice is here, Netflix's biggest ever movie
1 month ago
WATCH: American trailer for new Irish drama series Kin is epic and action-packed
1 month ago
Three of the biggest theories from that Spider-Man: No Way Home trailer
1 month ago
WATCH: The final trailer for Eternals reveals the huge ramifications from Avengers Endgame
2 months ago
WATCH: First look at cast of new series about Bill Clinton-Monica Lewinsky scandal
Next Page