Video: Take a bite out of the new action packed Jurassic World trailer

Yes the Super Bowl was amazing last night, particularly if you're a Patriots fan, but we got very excited to see the new trailer for Jurassic World which is released this summer.

The Indominus Rex is the big new attraction in this, the latest, addition to the Jurassic series. Chris Pratt goes all lion-tamer as he appears to be training some raptors and lots of other stuff to keep us excited and speculative ahead of the big summer release.

Yes, it's all about the Indominus Rex and 20,000 people trapped on an island swarming with predators. What's not to like? 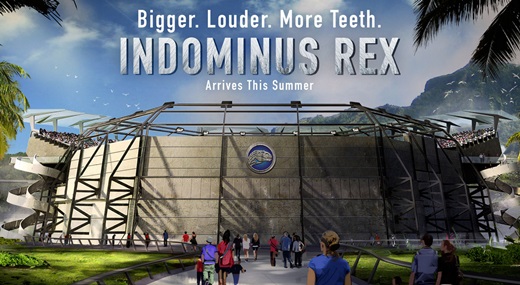 popular
Harvard study reveals how many times men should ejaculate each month to stay healthy
Parents left in shock after gorillas start mating in front of kids at zoo
Colin Farrell shouldn't win the Oscar this year
Conor Mcgregor hit by car ‘at full speed’ while cycling
Close call as Paul McCartney tries to pose on Abbey Road crossing
The JOE Friday Pub Quiz: Week 331
Netflix has just added one of the best sci-fi movies of recent years
You may also like
2 days ago
All of the new Netflix movies and shows arriving in February
4 days ago
2023's most shocking movie finally has a cinema release date
5 days ago
Where to watch 2023's ten Best Picture Oscar nominees
5 days ago
Love Actually star reveals incredibly emotional behind-the-scenes story
1 week ago
The Fabelmans is Spielberg's best movie in 10 years
1 week ago
Prime Video has just added 17 big movies to its library
Next Page