VIDEO: The brand new trailer for Rocky spin-off Creed is here to box your face in

Sylvester Stallone is back as Rocky.

The folk in Hollywood have only gone and made a spin-off to the Rocky film franchise and they're calling it Creed.

Rocky fans, of course, will know that one of his greatest foes and friends was Apollo Creed. 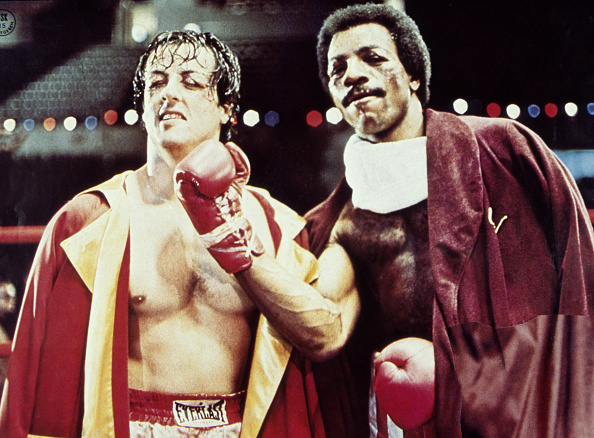 Creed was played by Carl Weathers in the original films and this spin-off is about his son, also called Creed as it happens. Sylvester Stallone is back as Rocky and sees potential in the young buck played by actor Michael B. Jordan.

He better be running up loads of steps during his training, that's all we are saying. The movie is due to hit cinemas on 19 February 2016.

popular
Clint Eastwood's final western is among the movies on TV tonight
Revolut co-founder donates €100,000 to Late Late Toy Show appeal
The full list of all the new shows and movies coming to Netflix in December
QUIZ: Let's get cracking with this General Knowledge Quiz
The JOE Friday Pub Quiz: Week 271
Ryanair's "virtue signalling" claims are indicative of Ireland's view on the Irish language
Toy Show viewers can't get enough of Finn from last night
You may also like
2 days ago
Warner Brothers reveals official detailed plot synopsis for The Batman
3 days ago
WATCH: A five-minute prologue for Jurassic World: Dominion has been released online
4 days ago
House of Gucci has the best sex scene from a big Hollywood movie in years
1 week ago
The "next Game of Thrones" and 7 more movies and shows to watch this week
2 weeks ago
The Oscar-winning screenwriter of The Social Network gives an update on the sequel
2 weeks ago
The new Home Alone and 7 more movies and shows to watch this week
Next Page