WATCH: Michael Fassbender on Alien: Covenant, Leitrim hurling and shifting the face off a certain someone

"All these unfortunate things that happen to you when you're being chased down by an alien..."

Alien: Covenant has terrifyingly leapt into Irish cinemas, with a star-studded cast exploring a new world where they meet the locals; a bunch of not-so-friendly endoparasitoid Xenomorphs.

The sixth installment of Ridley Scott's epic story follows the polarising Prometheus, and sees a colony ship (led by the excellent Katherine Waterston) thinking they have found a new paradise, only for the expedition to turn into a gory deep-space battle to stay alive. 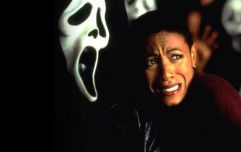 END_OF_DOCUMENT_TOKEN_TO_BE_REPLACED

As well as Waterston, the film stars Irish talent and all-round nice guy, Michael Fassbender, as the survivor of the Prometheus expedition. They're supported with aplomb by super cast including Billy Crudup, Danny McBride and James Franco, with the whole thing soundtracked with a brilliant, prickly score by Jed Kurzel.

JOE's own Paddy McKenna managed to grab the Kerry thespian for a chat about Leitrim hurling, shifting a certain someone and bringing sheep through the middle of Killarney...

Alien: Covenant is released in Irish cinemas on 12 May