Just like the moon landings, England winning the World Cup and the death of Princess Diana, most people remember where they were when the fight of all fights took place: Ivan Drago versus Rocky Balboa.

One was fighting for his country, the other was fighting to avenge the death of his friend, Apollo Creed, who was killed in the ring at the hands of Drago. 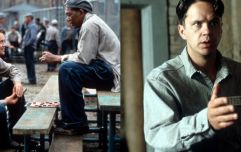 END_OF_DOCUMENT_TOKEN_TO_BE_REPLACED

Okay, so it might have been a fictional bout between two actors in the movie Rocky IV, but if you've seen it you remember exactly how you felt watching it for the very first time, it felt realer than real deal Holyfield.

Reliving one of the most brutal fights in movie history, actors Sylvester Stallone and Dolph Lundgren rewind the clock back 33 years and sit together to watch the bout and reminisce on the early days filming it.

Discussing how Lundgren was cast, meeting for the first time, the training they endured, the battle in the ring as well as new movie Creed II, which sees the two characters reunite, if you're a fan of Rocky then you're going to enjoy this trip down memory lane.

According to Creed II's press release:

"Life has become a balancing act for Adonis Creed. Between personal obligations and training for his next big fight, he is up against the challenge of his life. Facing an opponent with ties to his family’s past only intensifies his impending battle in the ring. Rocky Balboa is there by his side through it all and, together, Rocky and Adonis will confront their shared legacy, question what’s worth fighting for, and discover that nothing’s more important than family. Creed II is about going back to basics to rediscover what made you a champion in the first place, and remembering that, no matter where you go, you can’t escape your history."

Creed II will be released nationwide on November 30th by Warner Bros. Pictures

The Big Reviewski || JOE · TBR Spotlight: The Falcon and the Winter Soldier Episode Four - 'The Whole World is Watching'
popular
Dr Ronan Glynn says there will likely be no need for vaccine passports by June
Three-year-old girl dies after being struck by a bus in Tipperary
Taoiseach Micheál Martin says hotels across Ireland could reopen by June
Hank Azaria feels he needs to apologise "to every single Indian" for playing Apu in The Simpsons
Japan to release one million tonnes of contaminated Fukushima water into the sea
Dr Ronan Glynn says six more weeks of strict restrictions needed to prevent fourth wave
Steven Avery's lawyer says nephew Bobby Dassey planted evidence in case
You may also like
1 month ago
Paul Mescal lands role in Irish revenge thriller Bring Them Down
2 months ago
QUIZ: Can you name the Marvel Cinematic Universe film from just a single screen shot?
2 months ago
Liam Neeson says he is retiring from action films
2 months ago
Macaulay Culkin calls for Donald Trump cameo to be removed from Home Alone 2
3 months ago
Dwayne 'The Rock' Johnson responds to being named Most Likeable Person in the World
5 months ago
35 questions that need answering from the Wild Mountain Thyme trailer
Next Page