Most of these people are absolutely awful, but we can't help but love watching them on their holiday!

This week gave us the fourth episode of the Sicily-set drama of The White Lotus Season 2 with our NOW Entertainment Membership, which means the guests have now survived their fourth day of the high-end, five-star holiday.

END_OF_DOCUMENT_TOKEN_TO_BE_REPLACED

With each passing day, we get to know more and more about the guests, as they slowly reveal more of themselves and each of them – let's be honest – are kind of terrible in their own, unique way.

So to that end, here are the main characters of the second season of The White Lotus, in reverse order of how much I'd actually enjoy spending a week in their company in these gorgeous Italian locales.

END_OF_DOCUMENT_TOKEN_TO_BE_REPLACED

Listen, don't get me wrong, Jennifer Coolidge is a queen and deserves to be worshipped as such. Also, every single thing that Tanya says and does is pure comedy gold, and I love to watch her endure the kind of hell that can only happen to entitled billionaires.

But Tanya is also the kind of spoiled, single-minded rich person that can't understand or comprehend that, say, a tarot card reader might tell her something negative. She is the kind of person that expects her assistant to sit in her room and never leave it, even for things like dinner or fresh air, unless she tells her to.

Is that the kind of person you'd want to go on holiday with? Someone who wants to control every single aspect of every single day, and is liable to emotionally and aggressively fly off the handle if she doesn't get exactly what she wants? No. No, it isn't. 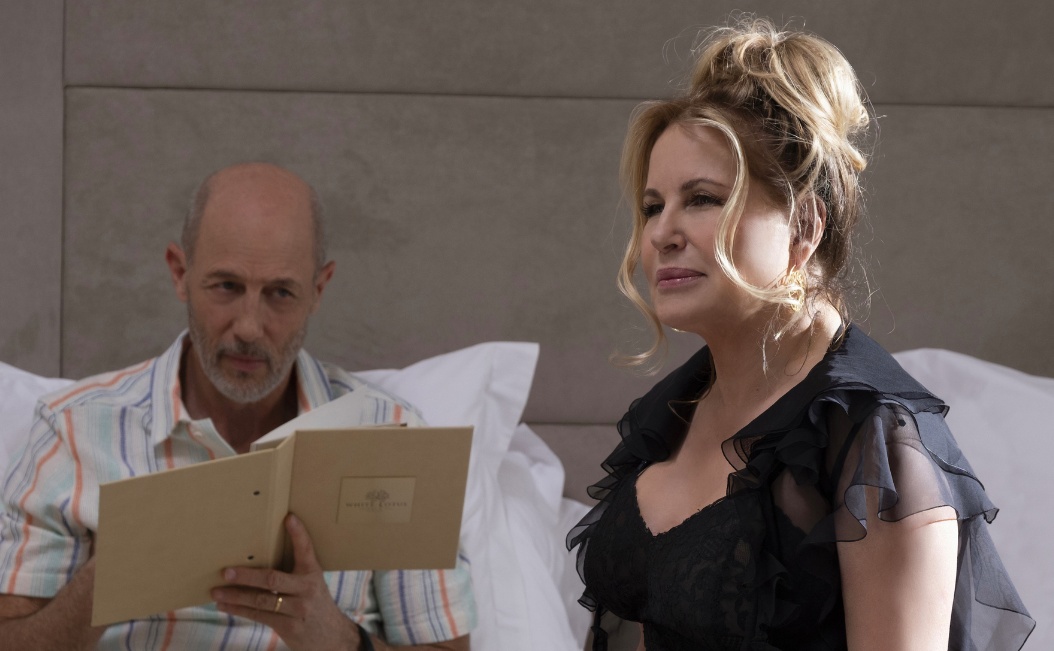 END_OF_DOCUMENT_TOKEN_TO_BE_REPLACED

So preoccupied with hooking up with younger ladies that he doesn't even check on his father who fell and bonked his head. Exactly the kind of person who would leave you alone in a bar for hours while he chats someone up, and then doesn't understand why you're mad when he returns.

In short, a douche. But a douche who seems to really want to improve himself. 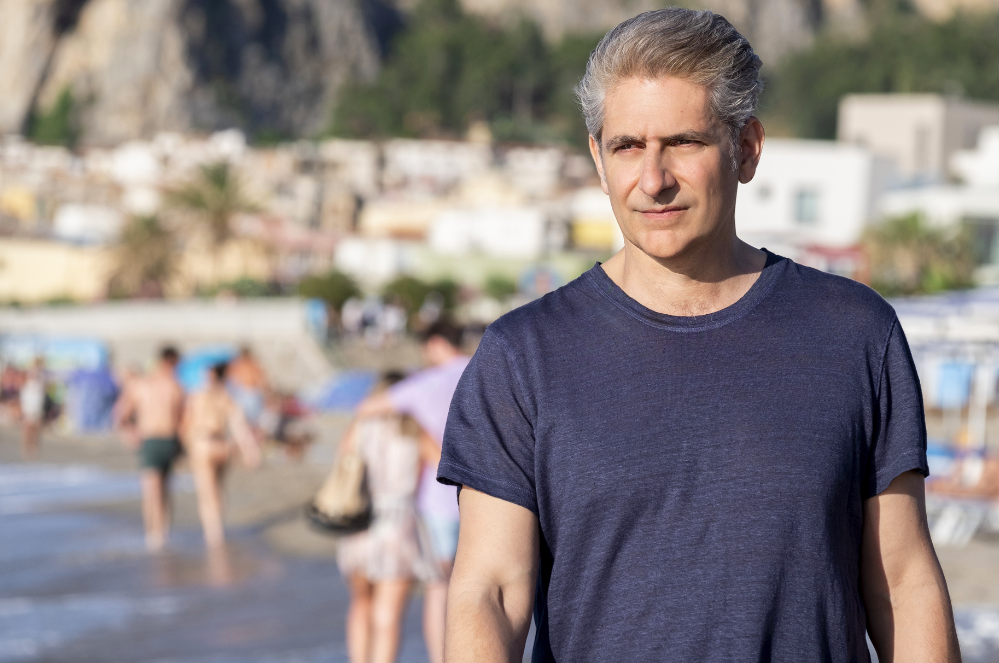 Much like Ethan, we get the feeling that Mia was being dragged into a lifestyle by a bestie, but until this week, we weren't sure if it was a lifestyle they actually wanted. But now Mia does seem to want to join Lucia in escorting rich men on holiday, and so be it, more power to her. But it will likely come with some kind of cost that Mia hasn't fully accounted for yet.

For example: basically almost killing someone while trying to exchange sex for contacts within the music business. 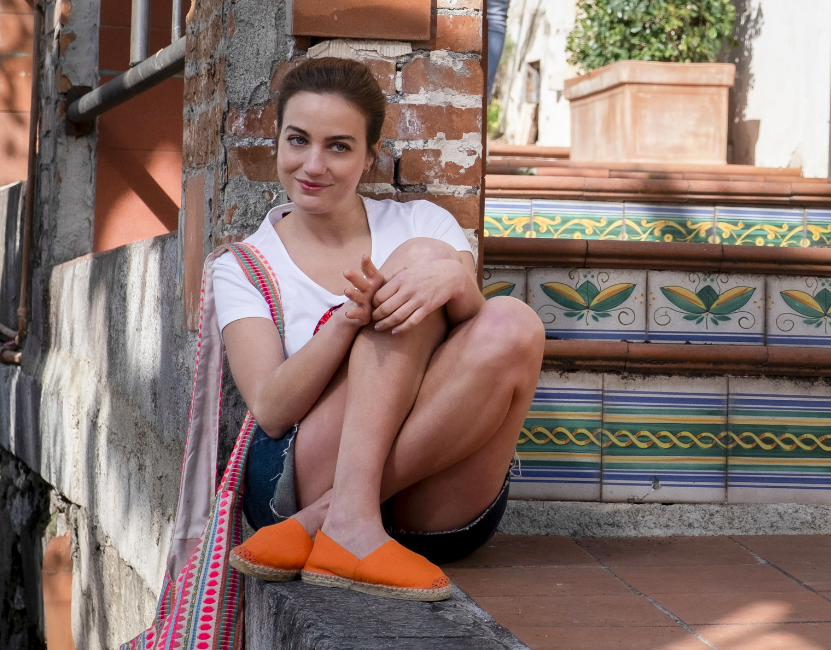 Poor Albie. Poor, poor Albie. Not literally, of course, because it seems he comes from a family of rich folk.

No, I mean poor Albie, because he wants sooooooo badly to be the nice guy that his father and grandfather failed to be, that it has trapped him in the constant fear of potentially saying or doing the wrong thing.

A little bit of edge, a tiny bit of scuffing himself up, it wouldn't go amiss. He needs to undo the collar button of his life, loosen up, have some fun. Because right now, Albie is the physical proof that there is such a thing as TOO nice. The kind of nice that will have the girl you really fancy hooking up with other guys right in front of you. 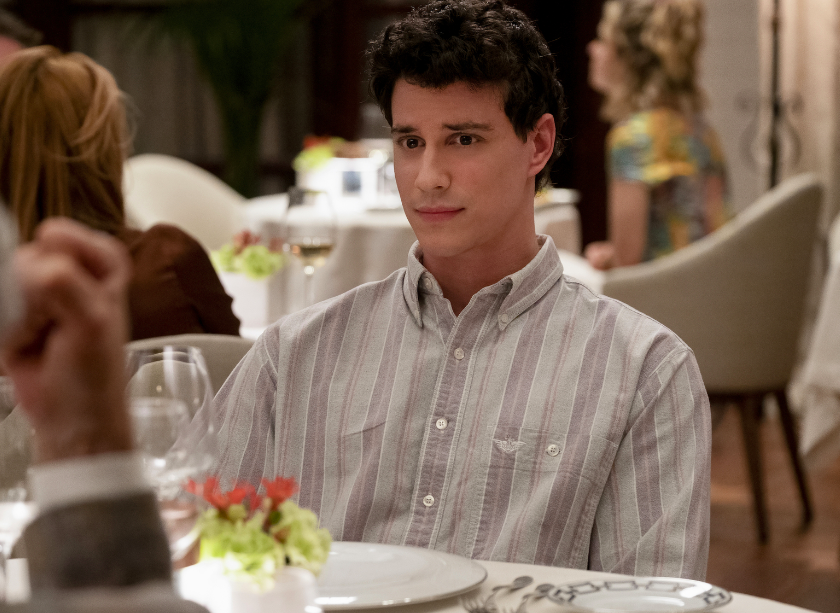 On the one hand, he knows how to have fun. Or at least his version of fun. He likes to jet-ski and drink and do drugs and eat big dinners and loudly have sex with his wife.

On the other hand, he is clearly a nasty, manipulative piece of shit. Stripping off nekkid in front of his bestie's wife, trying to get said bestie to cheat on his wife while simultaneously cheating on his own.

He is clever in his manipulations, though. Or, at least he thinks he is, thinking he's successfully talked his newly-minted BFF to invest in his company, before getting him blackout drunk and high and spending the night with prostitutes.

He feels like the kind of guy who remembers everything from a big night out, and will use every future opportunity to hint at it in the most awkward moments. Bad vibes. But good fun at the time. So... yeah, conflicted. 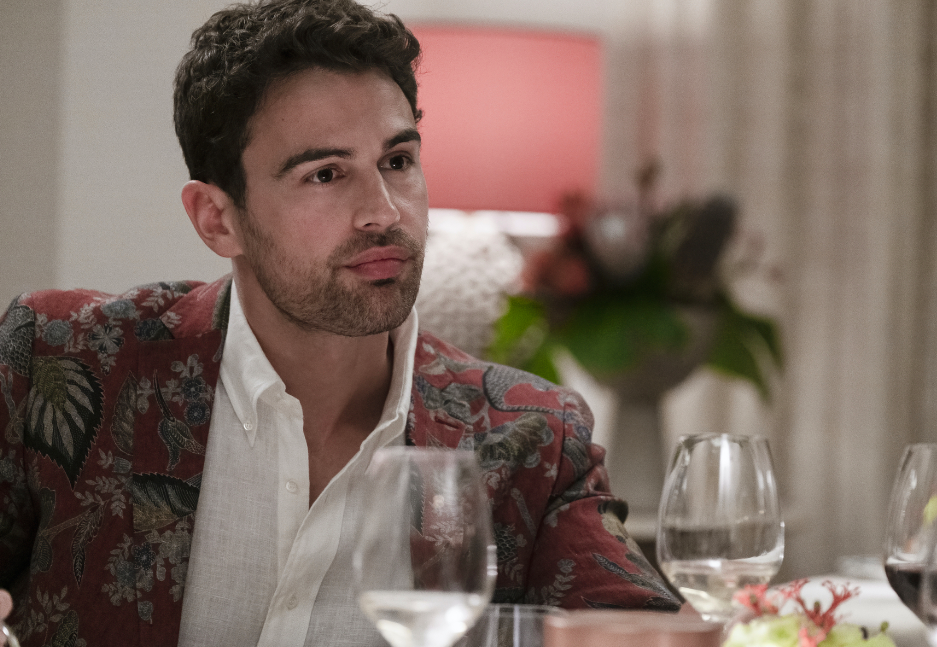 Harper has to pretend to have a completely different personality in order for others to even think she's having fun. She mostly just wants to be left alone with her husband, maybe left alone entirely for hours on end. She's got a book, a nice view, a drink in hand, so no need to bother her unless it is dinner time.

I've gone on holidays with worse people, to be honest.

But she is also now absolutely rattled to her core after that discovery of that condom wrapper. She's having the worst holiday right now, and things aren't going to get better any time soon. 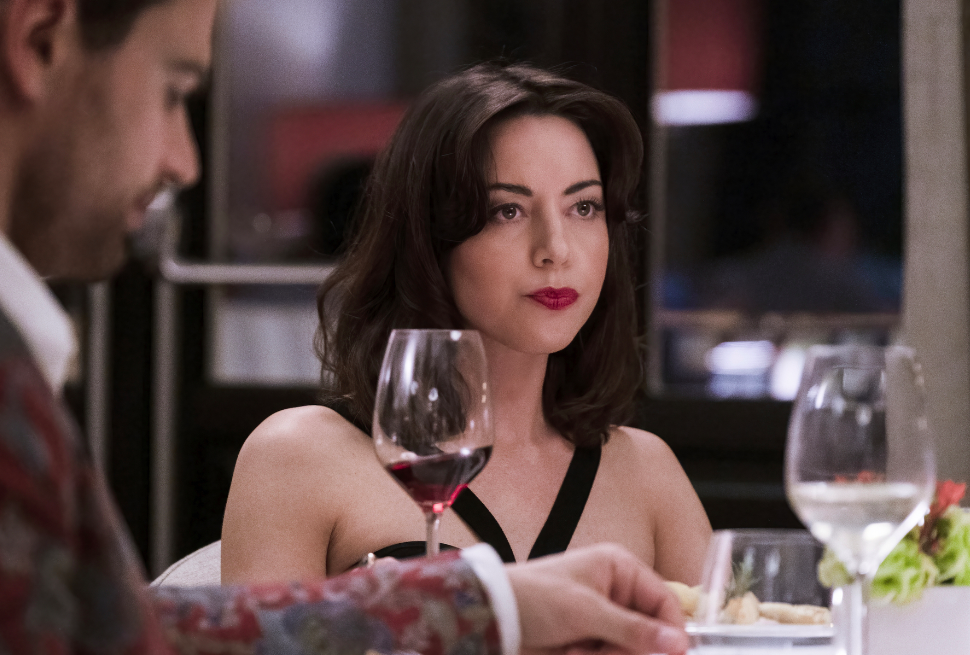 The manager of the Sicily branch of The White Lotus revealed a lot more of herself in the third and fourth episode, feeding the stray cats on the street, losing her patience at the ever-present, overtly-horny men of the nearby town, developing a crush on one of her employees.

Yes, she is incredibly highly strung, most likely a side effect of running an establishment that demands every aspect to be on a level of perfectionism at all times.

I like to think that Valentina would let loose so savagely on her own annual leave that it would alter the axis of the planet. Either that, or she just sleeps for days on end.

Side note: her pure hatred for hotel employee Rocco might be the single funniest running gag of the season. 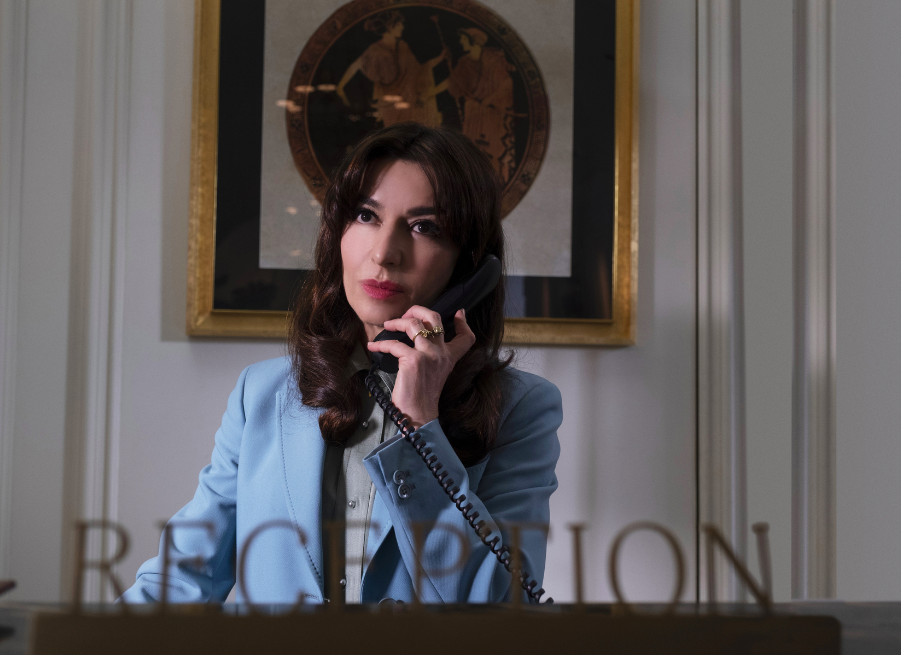 Out of everyone in this season so far, Ethan is the hardest to get a handle on. Harper tells us that he hasn't changed at all since becoming mega-rich, so it is nice to see that money hasn't made him a monster. But he is also seemingly torn between Harper's insistence that his also-rich bestie Cameron and his wife Daphne are too dumb to make fun of, while also being ... jealous? ... of Cameron and Daphne's seemingly trouble-free lifestyle.

He seems equally at home playing chicken on jet-ski, or silently sitting by the pool with his wife. Which is good, because you want active days and quiet days on your holiday. But I'm betting this holiday will see Ethan choose one of these sides exclusively. 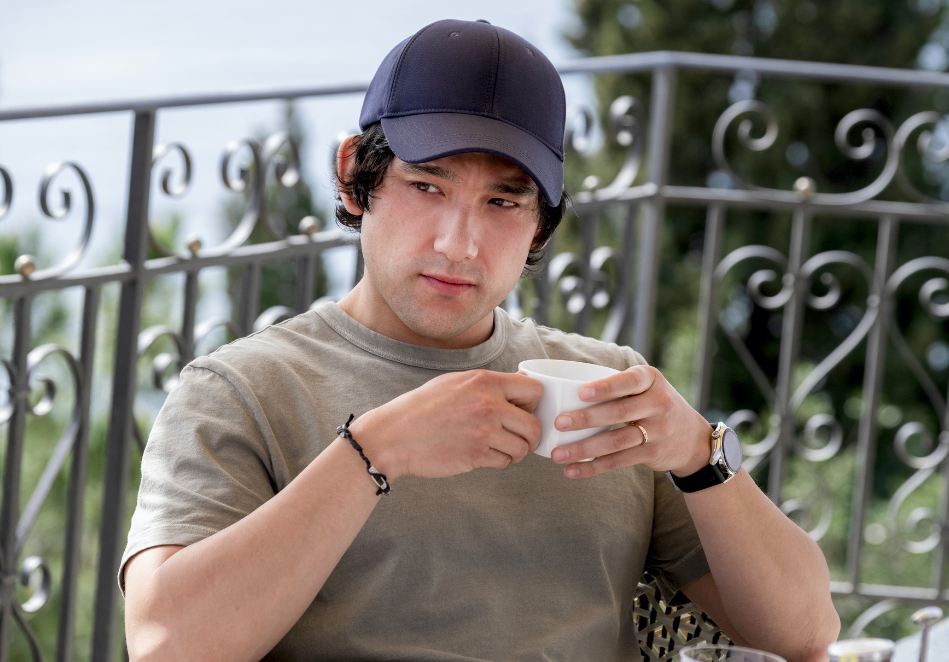 Arguably the most relatable person at this hotel – probably because she is the only one that isn't a multi-millionaire – but that doesn't make her the most likeable, either.

While she'd rather spend most of her time complaining about working for Tanya rather than, y'know, quitting or doing anything at all about the situation, the rest of her time is spent eating too much breakfast (relatable) and travelling with a family of men that she barely knows.

She also recognises that Albie is a nice guy and probably good for her, but is having her head turned by that buff swimmer with the "sensitive nips".

Sicily doesn't seem like somewhere Portia would choose for a holiday. We'd likely sooner see her in Ibiza or New Orleans. 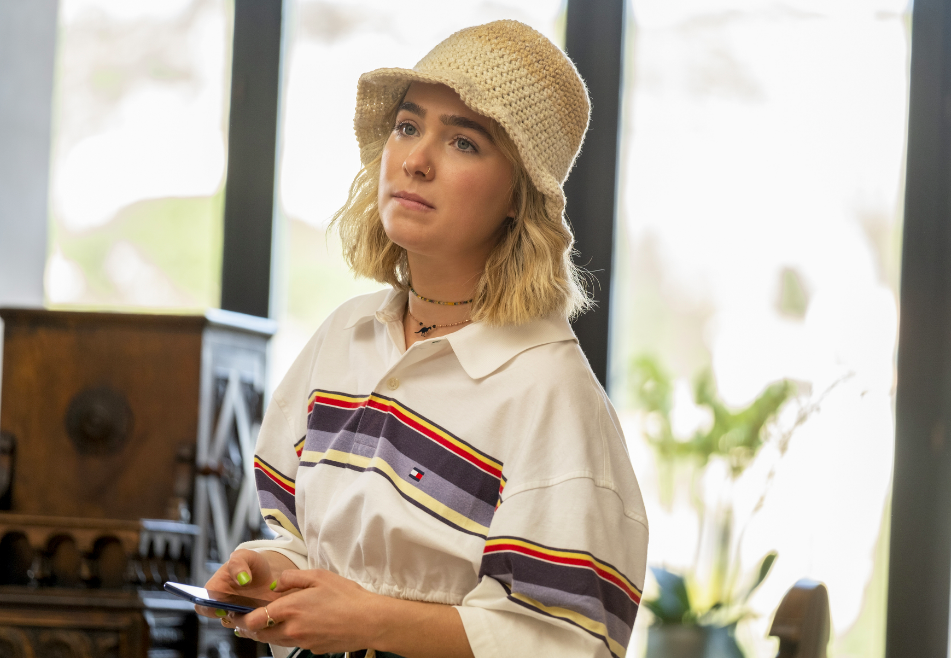 For the first few episodes, she seemed to be a mirror image of Dominic, mind always on hooking up... although, admittedly in Lucia's case, that is also her job. She knows how to have a good time when someone is paying for everything, but otherwise there was a certain desperation to target and land the next client.

And if you've ever gone on holiday with someone who works all the way through it, then you already know that isn't much fun.

But then that all changed this week, when she's had a change of heart, but in the process - as she put it - turned her friend Mia into a bit of a monster...

Plus, not to put too fine a point on it, Lucia really feels like someone who knows where all the best parties are going to be. 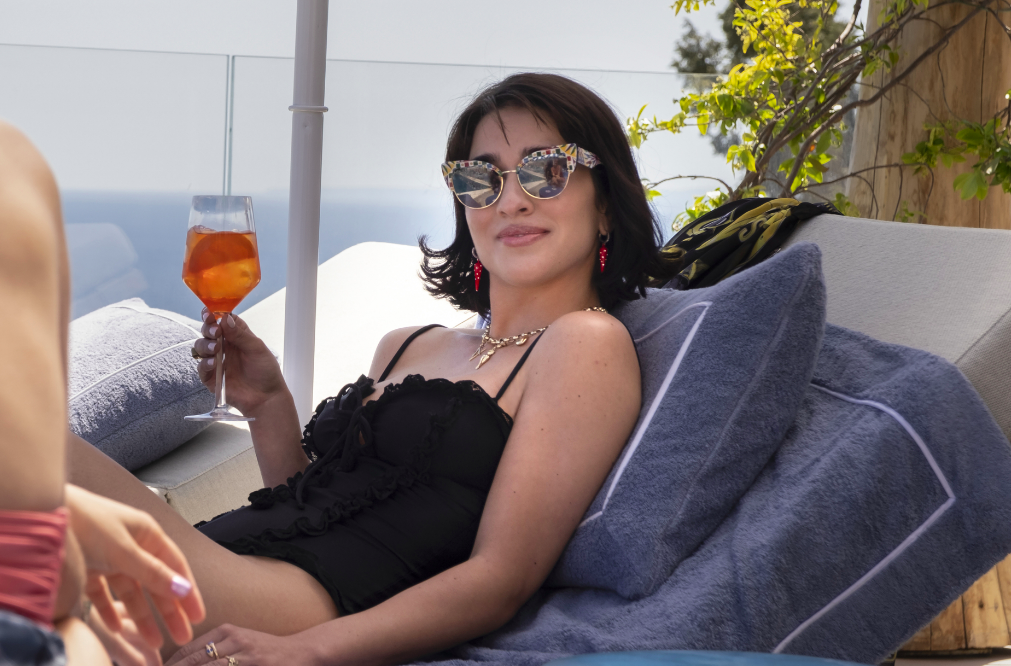 Cons: has some very old school ideas of the relationships between men and women, prone to falling over suddenly, farts a lot. 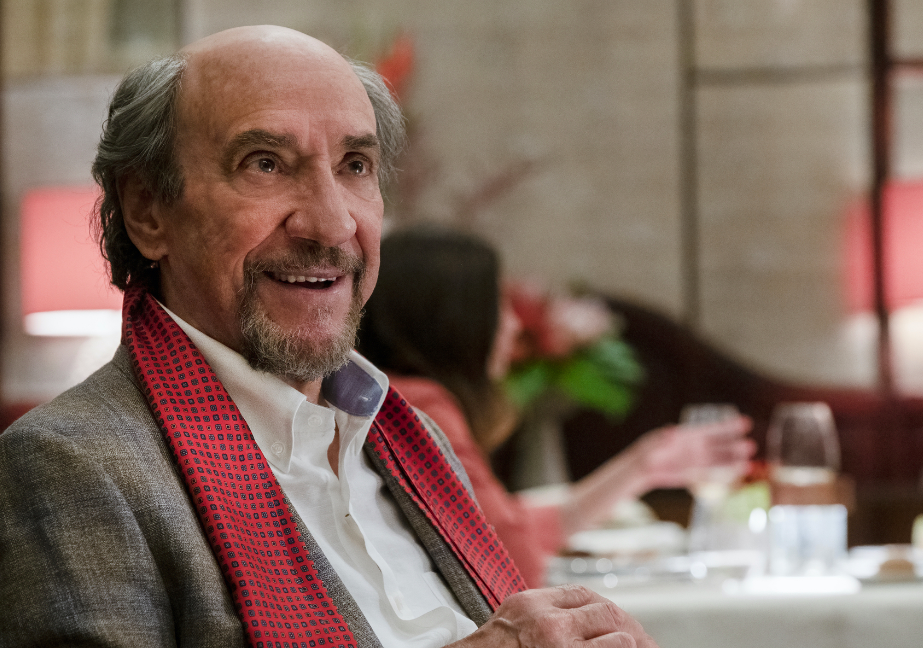 Yes, we're just four episodes in, but it does feel like Daphne is the only person here who is her truest self. She loves her husband, and makes her peace with the fact that he isn't faithful to her. She tries to actively avoid doing things like watching the news, or reading, or anything that might make her sad. That does impact how people might perceive her intelligence, but she might be the smartest person here, simply by deciding to cut that potential unhappiness out of her life.

She also likes to suddenly book herself into a palazzo and get high with her new bestie! Daphne is the perfect holiday plus one. 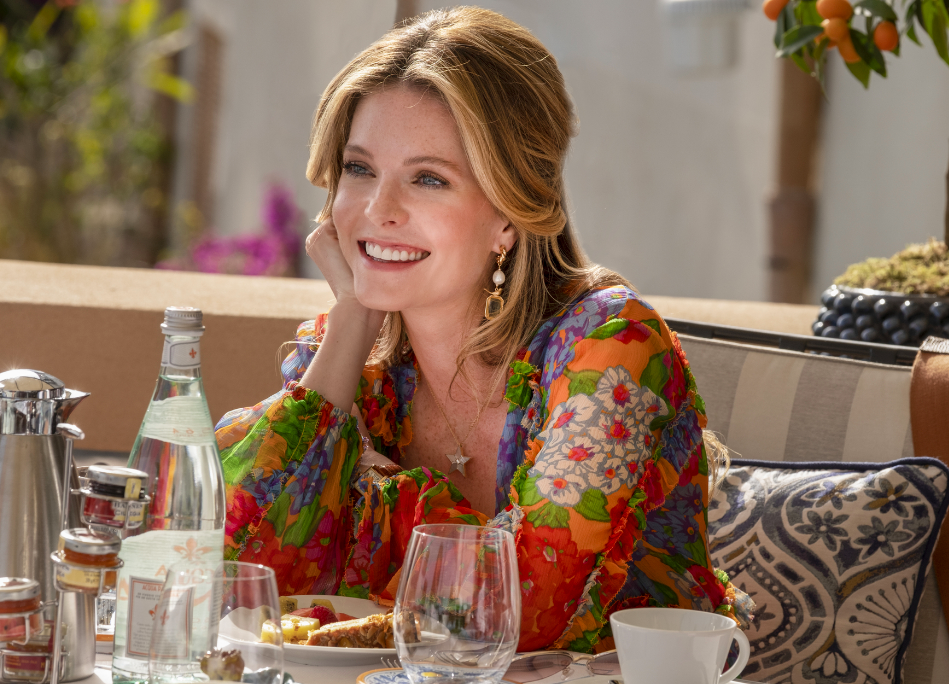 Of course, all of this is prone to change each and every week as the new episodes arrived!

The White Lotus Season 2 continues, with new episodes available to stream weekly each Monday with a NOW Entertainment Membership.

popular
One of the best movies of the decade has just been added to Netflix
20 years ago, one of the best sci-fi movies of the 21st century was a box-office bomb
Surprise frontrunner emerges as potential next James Bond as producers 'love him'
One of the scariest films of all time is among the movies on TV tonight
Katherine Ryan says famous TV star is a ‘predator’ and everyone in industry knows
Katherine Ryan shares harrowing truth about media coverage of ‘famous TV predator’
Very popular US fast food chain planning to open in Ireland
You may also like
4 days ago
All of the big new Netflix movies and shows arriving in December
5 days ago
You can watch Netflix's new heist series NINE MILLION different ways
6 days ago
Where to stream the "most-watched TV show of 2022" in Ireland
2 weeks ago
Prime Video has just quietly added 16 interesting movies to its library
2 weeks ago
REVIEW: Samsung's S95B QD OLED TV is quite the sight to behold
2 weeks ago
Netflix is about to stream its first ever live broadcast
Next Page