They're too close in age.

The cliffhanger at the end of episode 4 of Line of Duty's sixth season has the whole nation scrambling through the older series of the show, piecing together tangential plot lines, and trying to predict who this mystery relative of Jo Davidson's might be.

The scripting of the final scene was delicate, if slightly annoying. Steve could have just... said the name of the person, but that would kill the suspense!

END_OF_DOCUMENT_TOKEN_TO_BE_REPLACED

And if there's one thing we know about Line of Duty, it's that it loves to keep us guessing in the time between episodes.

So who is this nominal, known to the police, who is a blood relative of Jo Davidson's? Many viewers seem convinced that it's John Corbett, from series 5.

Corbett is the biological son of Anne-Marie McGillis, an old informant to Ted Hastings in Northern Ireland. McGillis was killed by the IRA in 1989, at which point Corbett was sent to Liverpool to be raised by his aunt and uncle, hence the accent.

Corbett was killed off in series 5, when the OCG finally had enough of his nonsense and Ryan slit his throat. So he won't be coming back, but going by Hastings' reaction to Steve's revelation, and the photo of what appears to be Jo's mother in her bedroom, fans seem convinced he is Jo's brother. 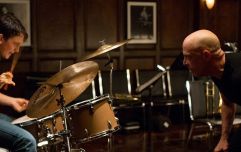 END_OF_DOCUMENT_TOKEN_TO_BE_REPLACED

It seems like a sound enough theory until you dig a little deeper. According to Lineofduty.fandom.com, where all the official information on characters' backstories is documented, John Corbett was born on 3 June, 1979, while Jo Davidson was born on 22 April the same year.

You don't need to be a biologist to do the maths and work out that they can't be siblings.

END_OF_DOCUMENT_TOKEN_TO_BE_REPLACED

Furthermore, Ted was close to John's mother, and knew about her son, but there was never any mention of a daughter.

So despite the vague similarities between McGillis and the unidentified woman in the photograph in Jo's bedroom, it's extremely unlikely that Jo and John are related.

popular
Here's how to make €9-11 on Revolut in just a few minutes
Green Party representative calls for a temporary ban of stag and hen parties in Ireland
Pop Idol star Darius Campbell Danesh has died, aged 41
Off-duty Garda arrested in Tipperary on suspicion of drink driving
QUIZ: You won't be able to correctly guess the meaning of all these words
Murder investigation launched following death of 75-year-old woman in Kerry
QUIZ: You'll do well to get 100% in this General Knowledge Quiz
You may also like
2 days ago
An Oscar-winning dark comedy is among the movies on TV tonight
2 days ago
25 years ago, Sylvester Stallone delivered his best performance in a hard-hitting crime drama
2 days ago
The JOE Movie Quiz: Week 167
3 days ago
A creepy psychological thriller is among the movies on TV tonight
3 days ago
A first look at one of this year's major award-winning movies has been released
3 days ago
QUIZ: Match The Simpsons quote to the character who said it
Next Page