The Predator (in cinemas 12 September)

This prize pack will make you a goddamn sexual Tyrannosaurus...

You better watch your back, because the universe's most lethal hunters are on their way back to Earth and coming to a big screen near you in the latest film in the Predator franchise... The Predator.

END_OF_DOCUMENT_TOKEN_TO_BE_REPLACED

To mark the release of the film in Irish cinemas, we, the ugly motherf*ckers at The Big Reviewski, have teamed up with the way better-looking people at 20th Century Fox to give you the chance to get your hands/alien claws on this very cool prize pack which includes... 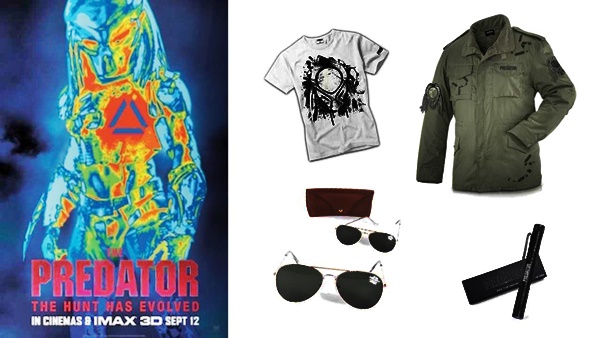 All you have to do to be in with a chance of winning are two very easy things:

(CLUE: The really obvious answer to the question is in the first 10 minutes of the below episode of The Big Reviewski. Simply hit PLAY to get the answer.)

Check out the official trailer for The Predator below...

The Predator is in Irish cinemas on 12 September

popular
UK company adopts four-day work week so employees can focus on themselves
Aer Lingus announces flight sale as US to lift travel ban for vaccinated EU passengers
Larry Bass resigns from RTÉ board just one day after first board meeting
EY announces 816 new jobs across Ireland
Cork City Centre described as a "no go area" after man pulled from wheelchair in violent attack
The first ever foldable hotel room has been launched in Ireland
The Big Reviewski JOE Movie Quiz: Week 120
You may also like
1 day ago
New documentary on the murder of Limerick man Jason Corbett to air on Monday night
2 days ago
Ranking Daniel Craig's James Bond movies from worst to best
2 days ago
The Big Reviewski JOE Movie Quiz: Week 120
2 days ago
One of the best war films ever made is among the movies on TV tonight
2 days ago
Daniel Craig says goodbye to James Bond in emotional farewell speech
2 days ago
'80s horror classic The Lost Boys to be rebooted, but can the original be topped?
Next Page