No you haven't gone back in time, you've just seen the line-up for this summer's FunFest — a brand new music festival coming to County Meath's Tayto Park.

Billing itself as "Ireland's newest and biggest family festival," the two day fair will take place across the 29 and 30 June this summer.

And it would be remiss of us to forget the man behind the greatest song of all time: Nathan Carter.

The festival is geared towards families, so there will also be plenty of entertainment for kids — including Guinness World record holder Samsam The Bubble Man. 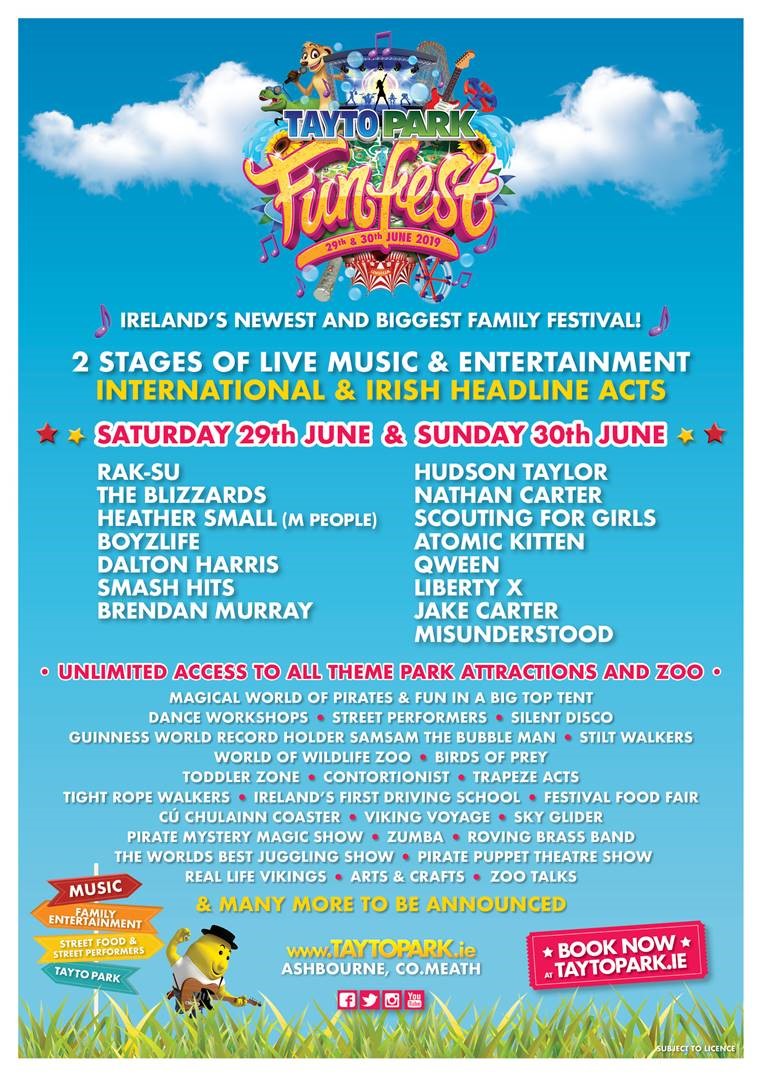 Tickets will also come with full access to the theme park's attractions and zoo.

No word yet on whether Mr. Tayto will be playing a 3am DJ set, but we live in hope.

Tickets are on sale now from TaytoPark.ie.


popular
Met Éireann state that three days of snow, hail, and sleet is coming for parts of Ireland
Gardaí name the three children that were found dead in a Dublin home
The JOE Friday Pub Quiz: Week 175
Viewers raise over €300,000 after Munster's Billy Holland and wife Lanlih's emotional Late Late Show appearance
The shortlist for the best breakfasts in Ireland has been revealed
QUIZ: We give you the movie title, you tell us the dog breed in it
QUIZ: Name the missing word from these famous Derry Girls quotes
You may also like
2 months ago
Tayto delete tweet mourning Gay Byrne following massive online response
7 months ago
Tayto are celebrating their 65th birthday with an event in Coppers that you can attend
8 months ago
Cork artist’s portraits of Irish pop culture icons are incredible
10 months ago
Mr. Tayto is going to pay one person's rent for a whole year
1 year ago
This is not a drill! You can now get SPICE BAG-FLAVOURED Tayto
1 year ago
We think we've finally found Ireland's oldest bag of Tayto
Next Page