I’ve kept my mouth shut about this long enough.

Many’s a time I’ve hacked into the JOE mainframe to try and get this message out there, only to be stopped at the last second by our high-tech failsafe system designed specifically to keep the public from hearing the truth.

But this time I’ve finally gotten through, and I’m ready to spread the gospel. Nathan Carter’s 'Wagon Wheel' is the greatest song of all time and I will not be silenced on this matter any longer.

“But why?” I hear some of you asking.

“That’s absolutely not true,” I hear others saying.

“Even entertaining this for a minute actually goes well beyond what I’m prepared to do with my evening,” I sense you thinking.

Well, I’m the one with the article and you’re the one who clicked it so now that you’re here you might as well hear me out.

Okay, so the first thing, and most important thing, that most people don’t seem to know about 'Wagon Wheel' is that Bob Dylan wrote it. Yeah. That Bob Dylan. The guy who wrote 'All Along The Watchtower,' and 'Desolation Row,' and 'Like A Rollin’ Stone.' The Nobel Prize guy. So the next time you talk shit like you could write a better song than 'Wagon Wheel,' take into account that you’re literally making out like you’re better than BOB. ACTUAL. DYLAN.

More accurately, Bob Dylan wrote the chorus and recorded it as part of the Pat Garrett and Billy The Kid soundtrack sessions (famous for also producing 'Knockin’ On Heaven’s Door'). The bootleg somehow ended up in the hands of a teenage Ketch Secor, who wrote the verses as we know them today, formed the Old Crow Medicine Show band and eventually sought to copyright the completed song, eventually agreeing to split the authorship 50/50 with Bob Dylan.

So that’s the main thing. 'Wagon Wheel' exists because some kid found half of a song from one of the world’s most celebrated ever songwriters and decided that he was the right guy to write the rest of it and then when he contacted Bob Dylan about it, Bob Dylan was like, “yes, this is a normal situation, go right ahead.” 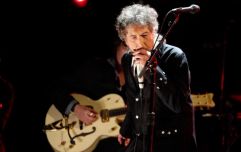 WATCH: Bob Dylan and Neil Young perform together in Kilkenny

END_OF_DOCUMENT_TOKEN_TO_BE_REPLACED

So full credit goes to Bob Dylan, Ketch Secor and Old Crow Medicine Show for providing the blueprint and, frankly, a backstory worthy of a Wes Anderson movie.

But from that point onwards it becomes a bit of a 'Hurt' by Johnny Cash situation. Sure, Trent Reznor had the original idea, but in the calloused hands of the dying, heartsick Cash the song just became more. So too with 'Wagon Wheel' and Nathan Carter.

So let’s talk about why that is.

Secor’s vocals just aren’t as strong as Carter’s, for one. His southern drawl is thin, and the rest of the music has to be scaled back in order for his voice to come to the fore. The drums don’t slap, there’s no accordion, the banjo is a background character, and it gives the song a far more pensive and melancholic feel compared to Carter’s good time Charlie road trip national anthem of the sesh.

Carter’s voice brings more bass and the fiddles and percussion can do all the more for it. Carter liberates the band in a way that Secor can’t, and thus unleashes the full potential of 'Wagon Wheel.'

Now don’t get me wrong. The Darius Rucker version is great. If Nathan Carter’s 'Wagon Wheel' is heroin then Darius Rucker’s makes for a suitable methadone. I would know — I lived in America, and for some godforsaken reason Nathan Carter’s version of 'Wagon Wheel' isn’t on the American version of Spotify. Darius tided me over, but it wasn’t the same.

END_OF_DOCUMENT_TOKEN_TO_BE_REPLACED

Though perhaps more soulful, Rucker’s version suffers from the same malaise that cripples Old Crow Medicine Show’s attempt — he doesn’t switch it up before “Mama rock me” and opts to give it one long “Heeeeeeyyyy.” Carter was the only one to innovate with a “Hey-hey-ey,” hitting a different note on each syllable. It gets the heart going up and down, the lungs breathing in and out.

Another important thing to note is that Carter dropped his version, like, five weeks before Rucker dropped his. So that’s another bonus point for Nathan.

Which would make sense if the guy was Irish, but not only does he not sound Irish, he’s just flat out not Irish at all. Given the song’s popularity in Ireland, it would be fair to assume that he’s one of those Irish people who sings American — of which there have been plenty. But he’s not even that. He’s SCOUSE. He’s from Liverpool and moved here when he was 18 to play country music because literally who knows. He’s probably explained it before but literally no explanation would actually make me say, “oh yeah, that makes sense,” so I didn’t check.

And he didn’t just move to Ireland. He moved to Enniskillen. That’s commitment to the cause. And by the way, has there ever been a man better placed to pick up Daniel O’Donnell’s mantle of the world’s most wholesome granny-magnet? Dude’s out here hosting shows on RTÉ and touring around hotel ballrooms. This guy has Ireland eating out of the wag of his wheel. 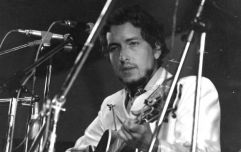 FEATURE: 5 times Bob Dylan was upstaged by other artists singing his songs

END_OF_DOCUMENT_TOKEN_TO_BE_REPLACED

And let’s talk about credibility.

'Wagon Wheel' gets banned from clubs. It gets blacklisted by couples when they hire their wedding DJ. One time a man literally smashed in his neighbours windows because he was playing Nathan Carter’s 'Wagon Wheel' on repeat so often. So some people are tormented by how “overplayed” it is, but songs get overplayed as a result of one principle: supply and demand. People want the Wagon Wheel. They want it too much.

You can rave all you want about Radiohead or Dua Lipa or whatever the hell else it is that I’m supposed to like, but when it comes to the best song in the world, I’m placing all my chips on the song that was in such demand that when it comes to Irish weddings, it’s the most often banned by couples and the most requested by guests.

'Wagon Wheel' is such a dangerous siren’s call, such an opiate of the masses, that DJs have to BAN it. People have to destroy their neighbours’ homes just to make them snap out of the saccharine, Deep South stupor. Bohemian Rhapsody can’t fuck with that with that kind of tangible real world impact.

Nathan Carter’s 'Wagon Wheel' is cigarettes. Soft drinks. It’s a Big Mac. It’s Prometheus giving fire to man. When Nathan Carter finished recording his version of the track, he could never have known that he was giving humanity something that it simply couldn’t be trusted with. He split the atom. He enriched Bob Dylan’s uranium. He rocked us, mama.

popular
Donegal to move into Level 3 restrictions for three weeks
The Hardest Star Wars Quiz You Will Ever Take
324 new cases of Covid-19, three new deaths
Here's the lineup for this week's Late Late Show
Here are the 5 best movies on TV on Thursday
Here's Week 51 of JOE's 19 in 90 quickfire quiz
Ryanair launches first ever ‘Buy One, Get One Free’ offer
You may also like
1 year ago
People wearing red socks can get a free Smithwick's this weekend
3 years ago
Bob Dylan will not be picking up his Nobel Prize in person
3 years ago
Here's what Bob Dylan has to say about his Nobel Prize win
3 years ago
Bob Dylan has won the Nobel Prize for Literature
5 years ago
Pic: President Michael D Higgins rocking out to Bob Dylan at Slane in 1984 is a must see
5 years ago
Switch On, Drive Off: Classic Motoring Tunes for the drive home (Festive Edition)
Next Page