"I think he has the greatest neck of a giraffe to even come over here after seven years. Was he in a coma?"

An angry Liveline caller has said that country music superstar Garth Brooks has the "neck of a giraffe" to return to Ireland over seven years after the infamous "five-in-a-row" fiasco.

The caller, Michael, told Joe Duffy on Tuesday that he bought tickets for friends the last time the musician visited the country in 2014, but said that if someone gave him "a free ticket tomorrow to see that man" he "wouldn't go". 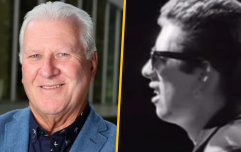 END_OF_DOCUMENT_TOKEN_TO_BE_REPLACED

"I think he has the greatest neck of a giraffe to even come over here after seven years. Was he in a coma? I tell you one thing. The Irish people are very, very naive over here," he said.

"Seven years, I'll tell you why he has a hard neck. You can check this out, last year, he cancelled most of his concerts because of this virus in America and all over the world. He couldn't be short of money, this is pension money for him.

"I don't know why and how they get away with this."

Michael added that he believes Brooks should have played the originally scheduled two nights and came back to do the other three gigs, saying that he thinks the singer is "absolutely money-grabbing".

END_OF_DOCUMENT_TOKEN_TO_BE_REPLACED

"I'm not a huge fan of Bruce Springsteen, but the guy has come over here over the years and has never failed," he continued.

Presenter Joe Duffy interjected to tell him that "no one is forcing him" to purchase a ticket to the gigs, which are now likely to take place in 2022.

He responded: "But what about the fans? It's like a slap in the face."

Another caller and avid fan of Garth Brooks, Suzie, added that she is a fan and "it's not a slap in the face". 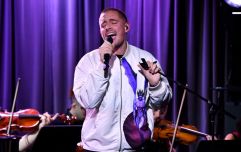 END_OF_DOCUMENT_TOKEN_TO_BE_REPLACED

When quizzed by Duffy if he had watched Brooks' performance at Joe Biden's inauguration, Michael added: "Ah, he was awful. I watched that Joe and I fell asleep."

"I think he [Biden] was also asleep," Duffy added.

"Did you see one of the security nudging Joe Biden to wake him up?", Michael concluded.

However, regardless of Michael's thoughts on the musician, it seems the musician still has some 'Friends in Low Places' in Ireland Suzie, who purchased tickets back in 2014 and also attended a 1997 Brooks concert in Ireland, said that she would "absolutely" be going to the new run of gigs in 2022, should they go ahead.

Fiona, another Brooks, fan told the programme that she was "delighted" and has been "driving down the road and screaming" following the announcement.

Fiona won tickets to the 2014 gig on the Ryan Tubridy show and has also seen Brooks perform in Las Vegas.

"We had a ball, he was the nicest man," Fiona, who met Brooks after the gig, said.

When asked if Brooks had mentioned Ireland during their conversation she said "of course" and that he was "very disappointed" and "sorry it didn't work out".

Although, in spite of his many supporters, Michael is not the only one who has had a negative reaction to the possible return of the country singer as the Croke Park Residents Association is already up in arms over the possible gig.

Patrick Gates, chairperson of the Croke Park Residents Association sounded a note of caution on Today with Claire Byrne on Tuesday.

"For the residents, it's not really about who plays in Croke Park but how it's managed, particularly outside the stadium and in the residential streets," Gates began.

"We do suffer from quite a lot of disruption. Croke Park just don't seem to be able to manage the external environment for large events so we do have a problem with that.

popular
Wrestling legend Hulk Hogan 'paralysed from the waist down'
Police special operations unit seize mother's e-scooter after she took child to school on it
Omniplex Cinemas are hiring for an awesome and very rare job
Prime Video has just added one of the best dramas of the last decade
Richard Madeley apologises after calling Sam Smith 'he' and bungling guest's pronouns
An extremely tense true crime drama is among the movies on TV tonight
Parents left in shock after gorillas start mating in front of kids at zoo
You may also like
20 hours ago
Leo Varadkar says alleged assault on migrant camp in Dublin has the 'look of' a racist attack
3 days ago
No plans to abolish homework, says Minister Foley
4 days ago
This is what the cheapest house for sale in Dublin looks like
5 days ago
NTA publish €25bn plan for new Luas lines and Metrolink in Dublin
6 days ago
Three injured after fight breaks out at refugee centre in Dublin
6 days ago
Irish pizzeria given perfect score by top food reviewer
Next Page