Yes, it is happening again.

You might be feeling a spot of déjà vu following Monday's exciting news that county and western superstar Garth Brooks is apparently in "advanced talks" over a sensational return to Ireland in 2022.

Seven long, painful years have passed since the infamous "five or none" debacle that saw a planned, sold-to-the-public five-night stint in Croke Park crumble into dust.

END_OF_DOCUMENT_TOKEN_TO_BE_REPLACED

For a detailed breakdown on what went wrong, have a read of our best attempt to make sense of the honky-tonk heartbreak right here.

Perhaps the chief thorn in Brooks' side came from the determined opposition in the form of those who resided in the Croke Park vicinity and their expressed anxieties over the negative impact that the shows may have had on their lives.

Cue a tense battle that Brooks would finally concede, arguing that he could not scale things back and thus it was five shows or none at all. In the end, 400,000 tickets were refunded and we all moved on.

Until now. With the reported comeback on the cards, the public is once again having its say on the matter. Initial reports suggest that Brooks is set to play three concerts at Croke Park next September, though rumours persist that he may, in fact, finally secure his five-night run.

END_OF_DOCUMENT_TOKEN_TO_BE_REPLACED

Speaking on Tuesday morning's edition of Today with Claire Byrne on RTÉ Radio One, Gates sounded a note of caution.

"For the residents, it's not really about who plays in Croke Park but how it's managed, particularly outside the stadium and in the residential streets," Gates began. "We do suffer from quite a lot of disruption. Croke Park just don't seem to be able to manage the external environment for large events so we do have a problem with that. 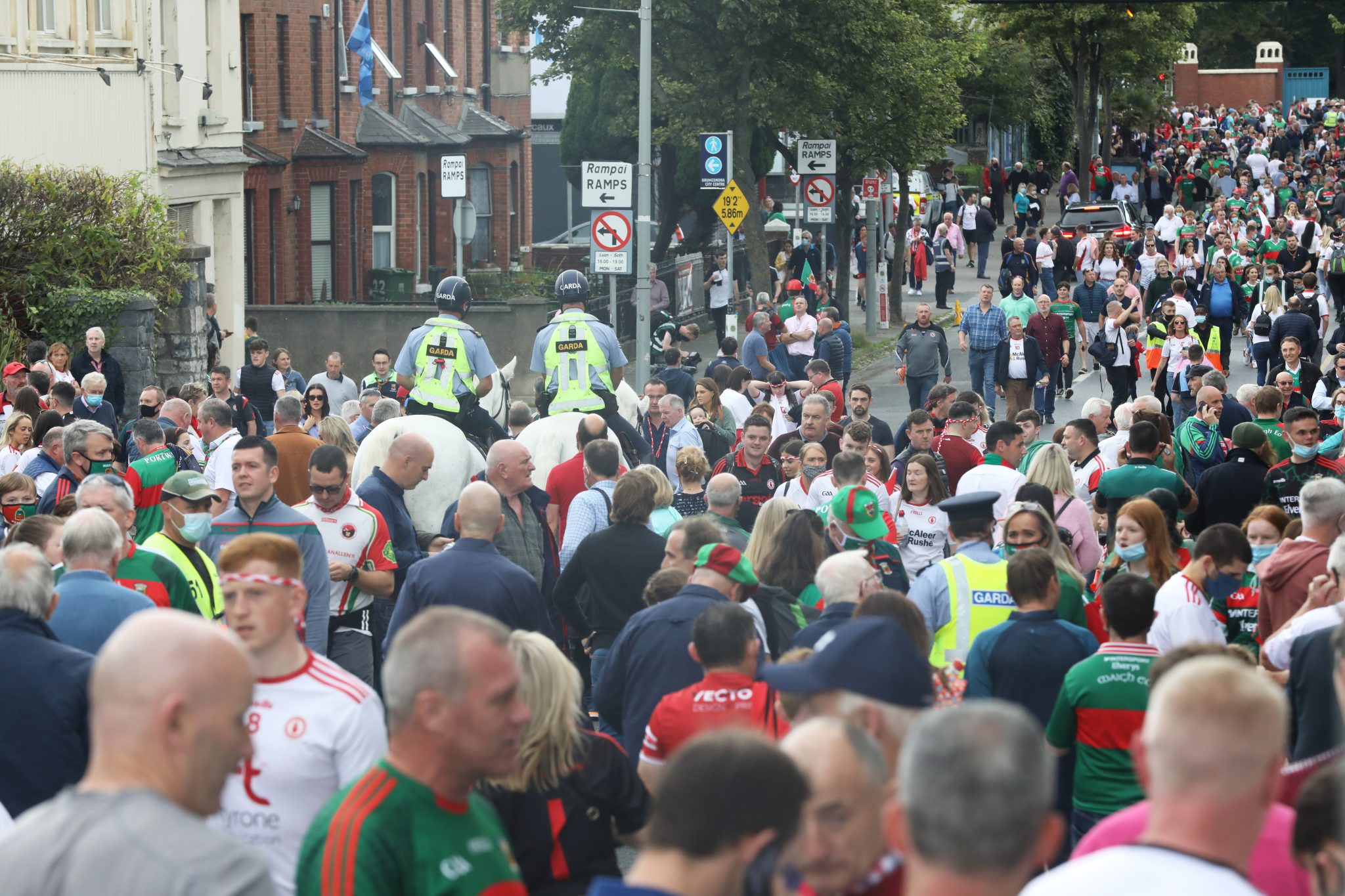 END_OF_DOCUMENT_TOKEN_TO_BE_REPLACED

Gates highlighted Saturday's All-Ireland final as an example of a less-than-perfect scenario for those living close to the stadium.

"I'm celebrating the fantastic Tyrone victory as I'm originally from Tyrone but we did have serious problems even at that sort of event, just in terms of public order, traffic congestion, people urinating on cars and in gardens and in laneways.

"There were a couple of incidents where there was a quite aggressive response to that from local residents, so the potential for Croke Park to actually respect the residents and ensure that things are done properly is very, very important."

On that note, Gates added that Monday's news came as a surprise to the concerned residents.

"The first I heard of it last night was on social media, really. We're still waiting for confirmation

"Peter McKenna [Stadium Director of Croke Park] did say in 2014 that this would never happen again, that there would be proper consultation well before any decision is made," he said. "We haven't heard anything in relation to this from Croke Park."

JOE has reached out to Aiken Promotions for comment.

popular
One of the most underrated crime thrillers of recent years is among the movies on TV tonight
Shock as blues singer beats Adele, Beyonce and Taylor Swift to win Song of the Year Grammy
One of the best crime thrillers ever is among the movies on TV tonight
5 years ago, Hollywood took a massive gamble on a huge sequel... and lost big time
Ben Affleck's bored expression at the Grammys becomes a meme
Netflix has just added 12 very big movies to their library
QUIZ: JOE's Big News Of The Day Quiz #41
You may also like
6 days ago
Dublin train station finally set to open after being built 14 years ago
6 days ago
Ireland seen as being among the top 10 least corrupt countries worldwide, new data shows
1 week ago
Leo Varadkar says alleged assault on migrant camp in Dublin has the 'look of' a racist attack
1 week ago
No plans to abolish homework, says Minister Foley
1 week ago
This is what the cheapest house for sale in Dublin looks like
1 week ago
NTA publish €25bn plan for new Luas lines and Metrolink in Dublin
Next Page