Cardi B has been arrested following a strip club assault

The incident occurred at a strip club in New York.

2018 has been a bit of a rollercoaster year for Cardi B.

From a music perspective, it has been nothing but good. 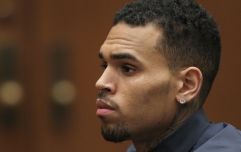 END_OF_DOCUMENT_TOKEN_TO_BE_REPLACED

Her debut album Invasion of Privacy was released in April, and was an absolute hit.

She became the first ever female rapper to have two Billboard number ones with her songs 'I Like It' and 'Bodak Yellow'.

Her album was really well received in general, and she has since become one of the biggest stars in the world.

Outside of the music world, she gave birth to her first child, Kulture, with her boyfriend Offset from Migos.

But it hasn't been all good.

Herself and Nicki Minaj got into an altercation three weeks ago during New York Fashion Week, which resulted in Cardi B launching a show at the other female rapper's head.

And now it looks like she's got herself into trouble again. 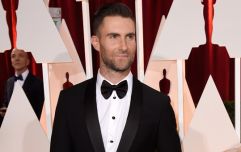 Pic: Maroon 5 singer Adam Levine's angry face after someone threw a bag of sugar at him in LA

END_OF_DOCUMENT_TOKEN_TO_BE_REPLACED

She has since been charged with one count of misdemeanor assault for striking a bartender, causing a laceration to that person's foot and bruising the individual's legs.

According to ABC News, the New York rapper "allegedly told her crew to attack the women with bottles and chairs after rumors swirled that one of them had slept with Offset".

Joe Tacopina, an attorney for the bartenders, said in a statement:

"Cardi B ordered and committed violent assaults against my clients, and is being called to justice for her crimes. Apparently, she thinks her celebrity status puts her above the law, since she has bragged to multiple people and on social media that she orchestrated these vicious attacks. But reality is setting in, as justice does not care whether her name is Cardi B or Carly B, and she will now answer for her crimes."

The Big Reviewski || JOE · TBR Spotlight: Loki - Episode Two - 'The Variant'
popular
British Government to introduce Irish language act in Northern Ireland by October
Richard Madeley goes full Partridge with Hitler Youth reference on Good Morning Britain
There are four big movies arriving in Irish cinemas this week
QUIZ: You won't be able to guess all these brands from their slogans
Piers Morgan hits out at Ikea as it becomes latest brand to pull advertising on GB News
Public warning issued as large male boar is on the loose in Kerry
QUIZ: Take on this tasty challenge of your General Knowledge skills
You may also like
1 year ago
QUIZ: Which of these movie stars is the oldest?
1 year ago
Donald Trump launches attack on "racist" Hollywood
2 years ago
Yorgos Lanthimos discusses the very different original cast for The Favourite
2 years ago
Wizards of Waverly Place star sentenced following gun charge
2 years ago
Hollywood council passes proposal to remove Donald Trump's star from Hollywood Walk of Fame
2 years ago
Report: Demi Lovato has been hospitalised after 'overdosing on heroin'
Next Page