PICS: Some folk in Cork are already queuing up for Ed Sheeran tickets

The love for Ed Sheeran is stronger than any of us are ready or willing to admit.

At the time of writing, today is Thursday 6 June. 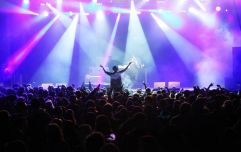 END_OF_DOCUMENT_TOKEN_TO_BE_REPLACED

Anyways, a local Corkonian happened to be walking passed Merchants Quay when he noticed a long queue of people sitting out on deckchairs, and he took to Twitter to find out what the 4-1-1 was...

In Cork. What's the story with people sitting on deckchairs outside Merchants Quay?

Daughter just informed me she thinks its the beginning of the queue for Ed Sheeran tickets!

Tickets go on sale on Saturday... Would you be bothered? pic.twitter.com/Z4qru4IBrt 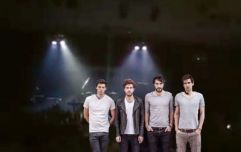 The Coronas have announced a massive Cork gig for next summer

END_OF_DOCUMENT_TOKEN_TO_BE_REPLACED

The Cork gig is just one of seven gigs that the 'Galway Girl' singer has lined up for 2018 in Ireland alone, with rumours of even more to be added to the schedule here.

Happily, it looks like only true Sheerios (the name of Ed's fanbase, in case you didn't know) will be able to enjoy the gig, as there are some harsh anti-touting procedures being put in place.

As we reported last week, accompanying the tour dates on Ed’s website is a notice to fans that they will be required to bring their tickets, booking confirmation and credit card, plus a form of ID to the concerts or they may not be granted entry to the show.

Furthermore, tickets are not valid if resold, unless it is through Twickets, an official face-value resale partner who have teamed up with Ed for next summer’s tour.

So to those people who are already queuing in Cork, we wish you a pleasant few days in the company of some fellow die-hard Ed fans!

popular
Amazon Prime Video has just added 37 big movies to its library
10 years ago today, the scariest movie ever made (according to science) was released
County where winning Lotto jackpot ticket worth nearly €9 million was sold confirmed
Welder awarded €15,000 for unfair dismissal despite admitting to drinking alcohol before work
Here's the line-up for this week's episode of The Late Late Show
Dublin Bus and boat involved in city centre collision
Netflix has just quietly added 30 big movies to its library
You may also like
1 week ago
Man arrested after Garda vehicles repeatedly rammed in Cork by van with children inside
1 week ago
Gardaí launch investigation following discovery of baby's skeletal remains in Cork
1 week ago
Gardaí appealing for witnesses following car striking pedestrian in Cork
3 weeks ago
Localised flooding expected as Status Orange Rain Warning issued for Cork and Waterford
1 month ago
Man and woman seriously injured following assault with hammer and golf club
1 month ago
Cork hit with month-long hosepipe ban due to "severe stress" on resources
Next Page