Eddie Van Halen, one of the founders of the rock band Van Halen, has died.

Eddie Van Halen has died at the age of 65.

The legendary rock star was one of the founding members of Van Halen, as well as being the main song writer of the group. 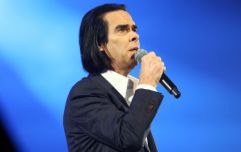 END_OF_DOCUMENT_TOKEN_TO_BE_REPLACED

He had been living with throat cancer for a number of years.

His son, Wolf, broke the news on Twitter on Tuesday night.

He said: "I can't believe I'm having to write this, but my father has lost his long and arduous battle with cancer this morning.

"He was the best father I could ever ask for. Every moment I've shared with him on and off stage has been like a gift.

"My heart is broken and I don't think I'll ever fully recover from this loss.

He is commonly referred to as one of the all-time great guitar players, with magazine Guitar World voting him the best player in the world in 2012.