Day one in Stradbally saw a changing of the guard.

It would be wrong to say that nobody saw this coming.

It would be fair to say that nobody saw it happening quite so soon.

END_OF_DOCUMENT_TOKEN_TO_BE_REPLACED

Before we get to Friday night's Electric Picnic much-hyped international main event, let us first look closer to home.

Jostling for position to the point that you will inevitably arrive at your destination with less beer than you overpaid for is a festival staple, but this, this is a little bit different.

You see, it's one thing to politely (as best as one can) elbow your way into a decent space as Dublin rap outfit Versatile claim the Electric Arena.

It's quite another to fight to leave the place as bodies pile in, young and old.

END_OF_DOCUMENT_TOKEN_TO_BE_REPLACED

Also, it is worth noting that on this writer's way out - mindful of Kendrick Lamar's imminent arrival - that there was time for an impromptu high-five with a kid atop his dad's shoulders.

In some ways, it felt like a passing of the torch. Go on, wide-eyed soul, make it count.

END_OF_DOCUMENT_TOKEN_TO_BE_REPLACED

That's what a good festival should provoke; the old and the new co-existing.

And in that regard, it is this writer's duty to report that Versatile stole the show on night one in Stradbally, and the truth is that Kendrick Lamar couldn't quite measure up.

Who saw that coming? 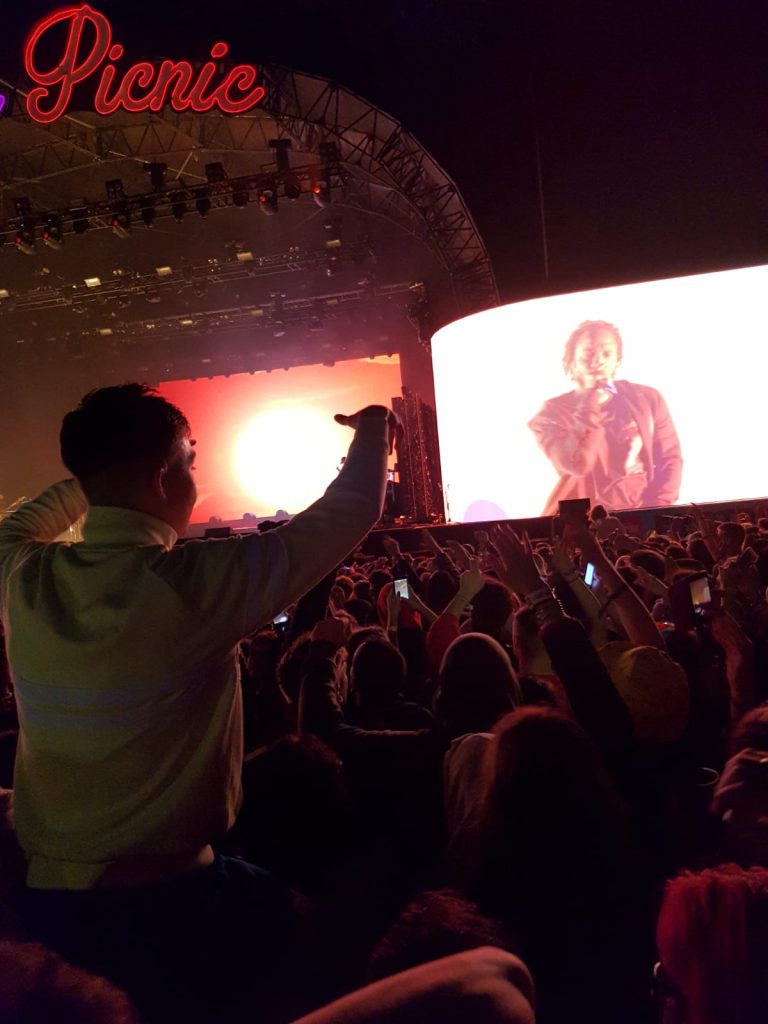 Nobody who witnessed K-Dot take Dublin so vividly earlier this year, that's for sure.

His Main Stage turn was good, at times great, but there was the nagging impression - as there often is with festival headliners - that this was more friendly exhibition than dedicated individual effort.

Playing pretty much the exact same set as in February was a red flag, as was letting the crowd do some of the heavy lifting.

Lamar remains a stunning performer, capable of incredible dexterity and boasting a physical charisma that many of his contemporaries lack, and it would be a mistruth to suggest that he phoned his night's work in.

And yet, magic was in short supply. This was a professional display, the boxes ticked, the star in his element, the masses satisfied, but no real feeling of having encountered something special.

Definitely worth waiting more than 41 minutes to reach your verdict, anyway.

And so, to Versatile.

This was a moment. A big one.

You may not like their style, their attitude, their image and all the rest of it. Enough people do, as evidenced by a heaving Electric Arena.

"The idea behind hip hop is to shock you, to make you have a reaction," notes an enthusiastic punter next to JOE as this all goes down.

"Irish hip hop has played it too safe until now. This is what it needed."

Versatile's victory provided stark contrast to The Story of Hip Hop, returning to the Picnic for a second year.

Backed by the RTÉ 2fm Orchestra, an all-star homegrown line-up of Mango, Erica Cody, Jafaris and Jess Kav were ultimately buried by a sound mix so poor it proved pointless to stick around past a couple of songs. 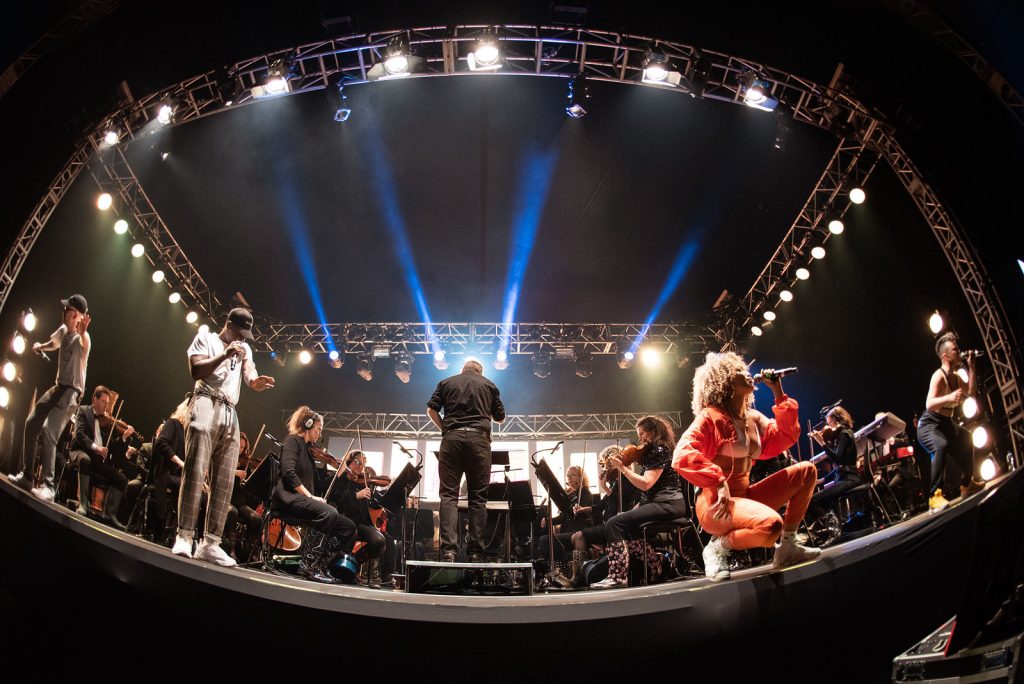 Back on the main stage, CHVRCHES offered up an intriguing proposition.

Three albums in, the Scottish trio remain tricky to pin down, a trait that mostly works in their favour.

New record Love Is Dead did an admirable job of expanding their sound but you'll still be able to identify a CHVRCHES song at 100 paces.

Is that a bad thing? Not necessarily, and their strobe-heavy early evening clash with a fading sun proved more arresting than the average reveller may have anticipated, not least when Martin Doherty windmilled for the audience as if trying to start a riot at a football match.

Lauren Mayberry, however, remains their leading light. In conversation with JOE earlier, she mused on how her band aren't a deliberately political outfit even if they occasionally find themselves cast in such a role.

Still, there's a defiant anthem-like quality about 'Recover' as Mayberry, eyes bejewelled in brilliant blue, throws her gaze upon the crowd, pleading for communion. 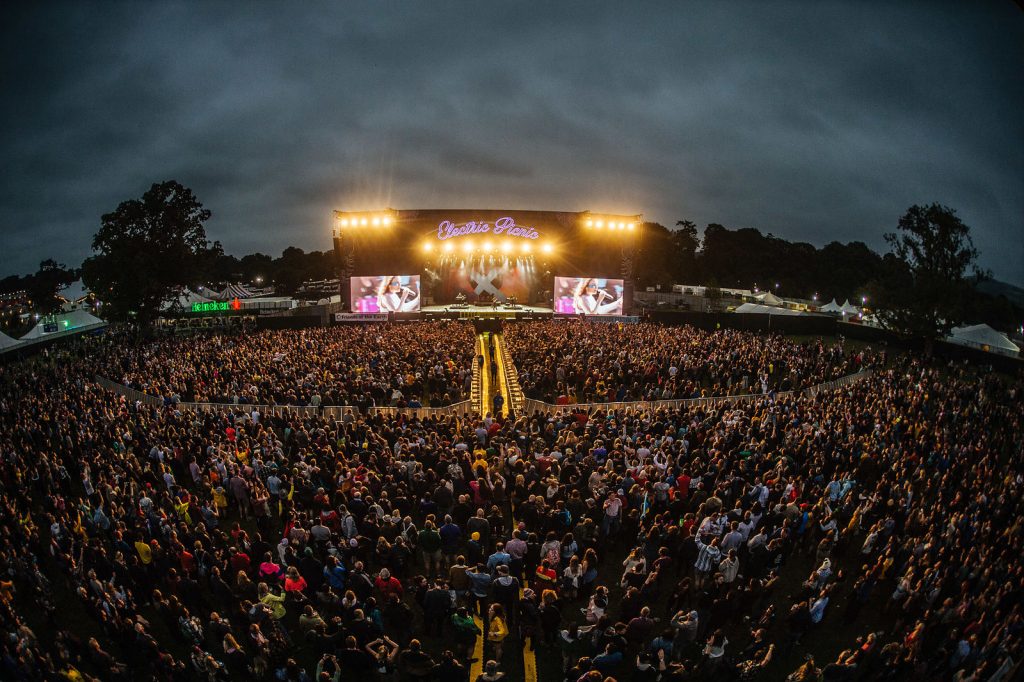 Before all of that, credit goes to Ash for showing that they still have a presence worth shouting about, Tim Wheeler kicking off Main Stage duties with gusto before noting that this is only his second time taking on Electric Picnic. 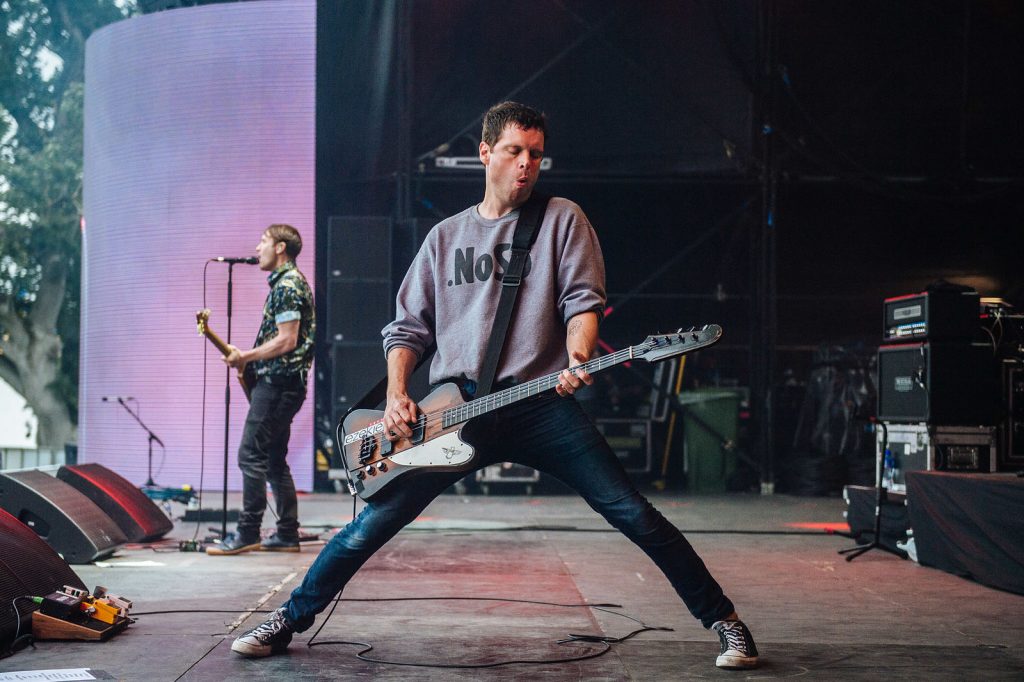 The 2018 upgrade is more than justified thanks to an ever-charming frontman, a bassist who thinks he's in a nu metal band and tracks like the masterful 'Shining Light' putting smiles on faces even as clouds form above.