The guy beside me is losing his mind.

END_OF_DOCUMENT_TOKEN_TO_BE_REPLACED

The shock of blonde hair to my left is also on a mission. He knows all of the words to all of the songs, even the Schoolboy Q and Rich the Kid expanded features unveiled early. He screams them back at his hero, pounding the metal railing, hard, for added punch.

His is just one story tonight; one committed soul in a supporting cast of thousands that gives any group of people, and any venue in the world, a powerful, sometimes deafening, run for their money. 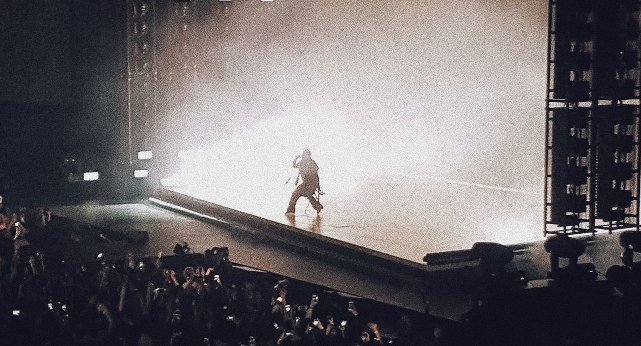 You think back to the loudest gigs you've ever experienced. Mogwai. My Bloody Valentine. Portishead's 'Machine Gun' kicking in at Electric Picnic. An infamous Macklemore show in this very venue. You add the first night of the European leg of the DAMN. tour to the list.

END_OF_DOCUMENT_TOKEN_TO_BE_REPLACED

Clad in attire befitting that of his 'Kung Fu Kenny' persona - and assisted by Shaw Brothers-esque cinematic visuals and themed performers at key moments - the Kendrick Lamar of 2018 is an incredible, knowingly theatrical showman.

Ever have the 'greatest frontman ever' pub debate with friends? The answer, always, even if you don't like Queen all that much, is Freddie Mercury. The follow-up question - 'Will there ever be anyone as good as him ever again?' has a similarly indisputable conclusion; no.

That said, we have been blessed in our lifetime with a pretty spectacular clutch of silver medals, and it's time to start thinking of Kendrick Lamar as one of those unique otherworldly types, the kind of strange aliens that operate in a totally different space than our own, but welcome us in every now and then for a little while to steal our hearts. 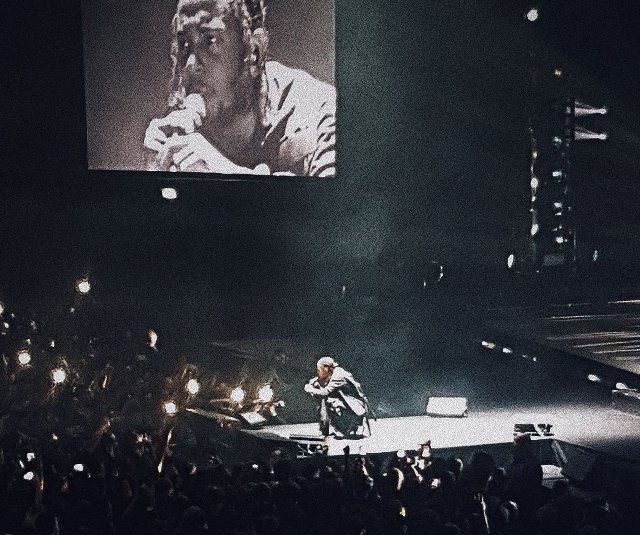 END_OF_DOCUMENT_TOKEN_TO_BE_REPLACED

At times, he just stands there, or crouches down close, not needing to really do anything, knowing that the crowd will burst into ear-splitting rapture. They do.

His stage is open and vast, peppered with flashing lights and flames, and a ceiling that lowers when needed, boxing Kendrick in and recalling Kanye West's terrifically understated backdrop to a troubled Glastonbury performance in 2015.

K-Dot suffers no such stumbles, even appearing to levitate at one point, before casually steadying himself and returning to earth, allowing us all to see behind the curtain. Invitation in the face of manipulation, and no less clever for it.

His band is another story in an hour-and-a-half full of them. Positioned on the floor below to the side of the stage, they act as an extremely professional support structure, and though they are deliberately out of focus, they are just as animated as their master, and integral to everything. They connect.

Everything connects. A violent opener in the form of 'DNA.', a typically impassioned run of 'Alright', the bleak mechanics of 'Swimming Pools (Drank)' and beyond.

Before the encore, he gives 'HUMBLE.' over to the audience for a couple of minutes, directing traffic like a veteran conductor. No music, no accompaniment, just a rising chorus of disciples determined to paint every last wall with their voices and Kendrick's words. Pandemonium ensues when he rips it up and starts again.

He speaks fondly of how he's been embraced by the people since landing in Dublin, and you believe him. He shouts out artist collective Subset for the mural on Aungier Street that popped up in the dead hours before the show, and he sounds genuinely humbled. If it's an act, it's a convincing one.

He talks, with honour, about the first time he headlined in this proud city, packing out Vicar Street, a real 'I was there' moment for the thousand-or-so lucky enough to catch him in such an intimate setting. 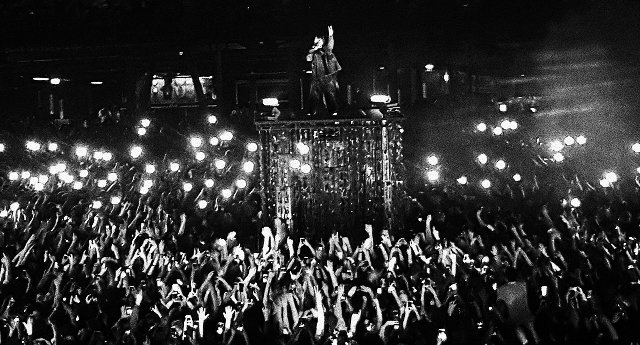 Climbing out from a cage and ascending to the heavens in the 3Arena on a cold February night, he shrinks the room and brings everyone close.

They reach out in awe. He gives love to the day-ones and the newcomers. He breathes in every Irish roar. This is communion. This is coronation.

popular
Travis Barker rushed to hospital after tweeting "God save me"
Calls for €20 social welfare increase and minimum wage of €13 in new Budget
Irish man dies following hit-and-run in London
007 producers provide new update on Bond 26
Amazon Prime Video has just quietly added 15 big movies to its library
The 100 best clubs in the world have been revealed
Flavoured vaping products could soon be banned in EU
You may also like
5 days ago
We've put together the ultimate playlist for Pride Weekend 2022
1 week ago
Acclaimed traditional Irish guitarist Dennis Cahill has died, aged 68
1 week ago
The JOE Friday Pub Quiz: Week 299
1 week ago
UK lined up as host for Eurovision 2023 after organisers rule out Ukraine hosting
1 week ago
Sinéad O'Connor cancels all live dates for 2022 due to "continuing grief"
2 weeks ago
Joker 2: Lady Gaga reportedly in talks to play Harley Quinn in sequel
Next Page