Music, am I right?

Much music occurred in 2018 and some of it was indeed better than others.

We've already revealed, detailed and play-listed the Top 20 Songs of 2018 which you can dive into right here, but now it's time to look at more long form material.

Grab those headphones as we get acquainted with the very best albums of the year... 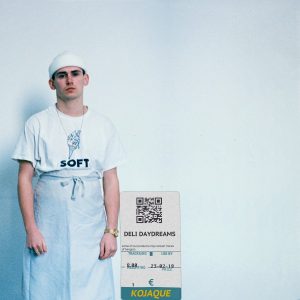 The fast-rising Dublin artist and producer weaved together an Intermission-style narrative with his portrayal of everyday life, finding charm in the mundane and dirt in the glamour. 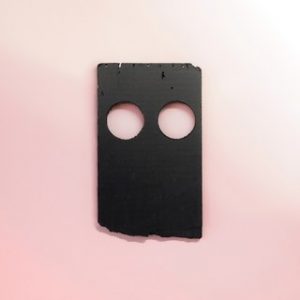 END_OF_DOCUMENT_TOKEN_TO_BE_REPLACED

A band that refused to be neatly pigeonholed or lumped into any specific genre box, Low mesmerised in 2018 with an album that challenged from the opening minute. 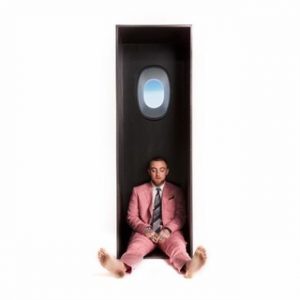 Here are the artists on RTÉ 2FM's Rising list for 2022

END_OF_DOCUMENT_TOKEN_TO_BE_REPLACED

In what would prove to be Mac Miller's final bow due to his tragic passing at the age of just 26, Swimming showcased excellent artistic growth and expression.

It is difficult to revisit songs like '2009', but the late rapper remains oddly comforting company even with the knowledge that he didn't live to fully realise his potential.

Miller deserved better, and he leaves behind an honest and sharp musical legacy. 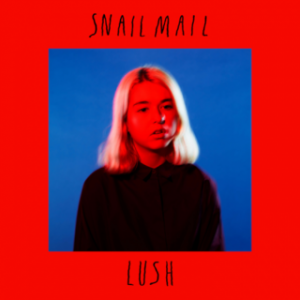 Her debut offering is a bruising affair that rarely needs to really on anything more than its author's voice, lyrics and driving guitar lines.

Much has been made of Jordan's age - she'll leave her teens behind next summer - but it hardly matters one way or the other, especially when the songs serve up such universal and lived-in truth. 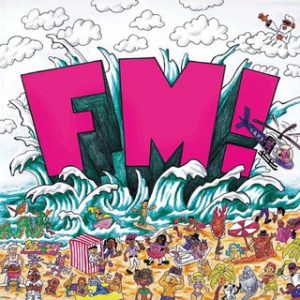 Barely an album, and yet one of the best of the year. That either says more about the year itself or whether Vince Staples is a reliable narrator or continually playing with us.

FM! represents something of an in-between exercise for the fiercely prolific hip hop star, and inside just 22 minutes he discovers impressive new muscles to flex. 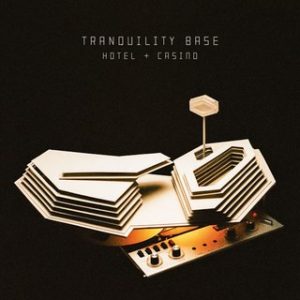 In which Arctic Monkeys shoot for the moon and many fans are left wondering where the escape pod is.

Credit to Alex Turner and his cohorts (who feel admittedly a touch shunted off to the side in favour of their leader's vision) for trying something very different indeed.

The lo-fi '70s-flavoured concept album end product may not always shine like stars, but the mission is admirable. 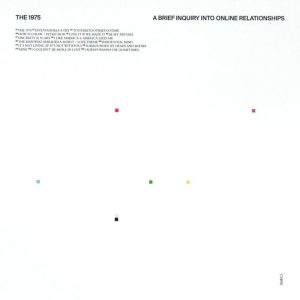 Key Tracks: 'Love It If We Made It', 'Sincerity is Scary', 'I Always Wanna Die (Sometimes)'

#13. Villagers | The Art of Pretending to Swim 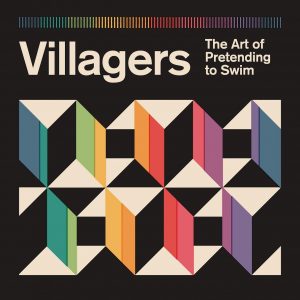 In which Conor O'Brien delivers another masterpiece, one that muses on the human condition while navigating modern and classic barriers.

JOE sat down with O'Brien for an in-depth conversation on the making of the album and a great deal more a few months ago, and you can read that here. 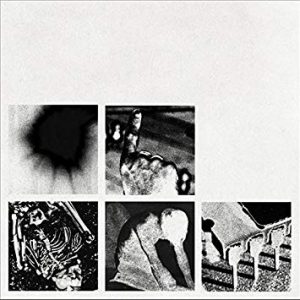 Key Tracks: 'Ahead of Ourselves', 'Over and Out' 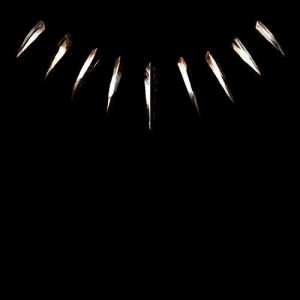 Kendrick Lamar curates an all-star bill of the sharpest voices in hip hop to not only celebrate an important moment in culture - say what you want about the Marvel Cinematic Universe, this one stood for something greater - but define it.

Special mention to Yugen Blakrok who made a name for herself in going toe-to-toe with Vince Staples and emerging a champion. 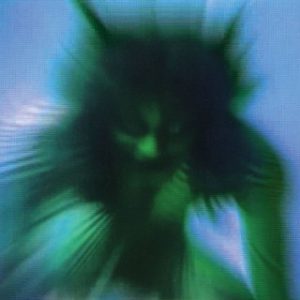 Let's get weird. The above artwork rather sets the tone for Yves Tumor's third album. As for the music... well, I mean, it's not so easy to compact into a sentence or three.

Tumor - real name Sean Bowie - pushes the boundaries of experimental electronic music to effectively craft the best kind of horror film; one that leaves you unnerved, elated and wanting to go back in despite the dangers. 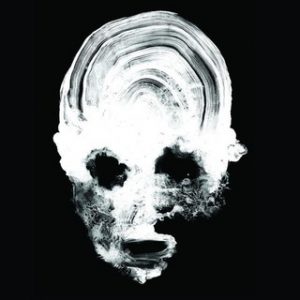 Speaking of unsettling unease, the return of Daughters brought plenty of that.

The first new full-length from the American noise outfit in eight years; You Won't Get What You Want is aptly-titled if you're looking for something clean and easy.

But hey, what better soundtrack as the world continues to burn out? 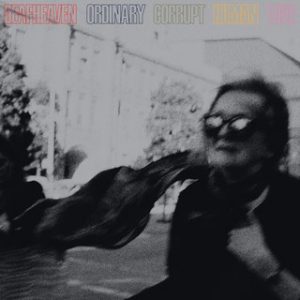 Bit of a pattern emerging here, admittedly. Yes, it's another hour where clear, calming vocals and straightforward song structures are hard to come by.

And that's a pretty great thing when Deafheaven are involved, dear reader.

The Californian black metallers (not quite the Scandinavian vintage) have firmly established their Pixies-style build-and-release template by now, and while Ordinary Corrupt Human Love cannot scale the same heights as 2013's Sunbather, it is no less essential. 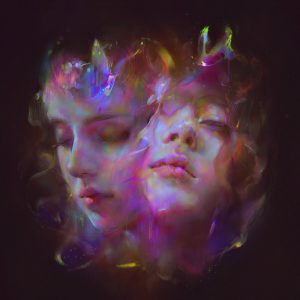 Questionable moniker it may be, but Let's Eat Grandma have quickly emerged as one of the most exciting UK acts around.

The Norwich twosome excel with an emotive brand of synth-pop, displaying tremendous craft and skill on their second album and the feeling that they're just getting started.

#6. SOPHIE | Oil of Every Pearl's Un-Insides 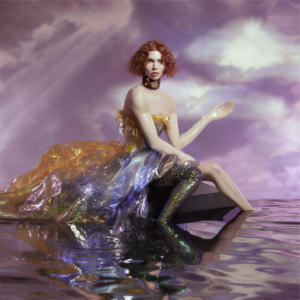 SOPHIE was quite the mystery for some time to the point that nobody seemed to have a clue who she was.

Debut album Oil of Every Pearl's Un-Insides changed all that, while attempting to course-correct pop music itself.

Tired of daytime radio selling you compressed frequencies and algorithm-determined soundalikes? Give SOPHIE a try. She'll rattle your teeth but it's worth it. 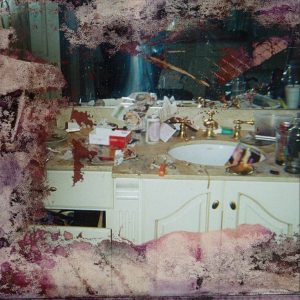 Daytona contains the seeds for one of the great music conspiracy theories of 2018 in the form of 'Infrared', a track that raised Drake's eyebrows enough to hit back with a freestyle.

Seemingly overnight, Pusha T ruthlessly returned fire with 'The Story of Adidon' and that was the end of that chapter.

Almost like he had that track ready to go and the first shot in anger was just bait.

Even without that destruction, Daytona is a stunning record, one that doubles down on the whole 'If you come at the king you best not miss' idea with fierce command and conviction.

Key Tracks: 'If You Know You Know', 'Hard Piano', 'Infrared' 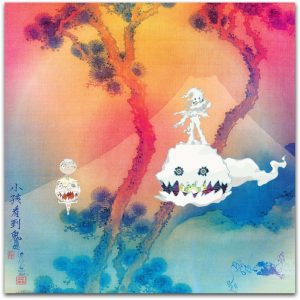 Kanye West and Kid Cudi reconnect with a brave and brilliant treatise on mental health trauma, turning their pain into power and moving forward together. 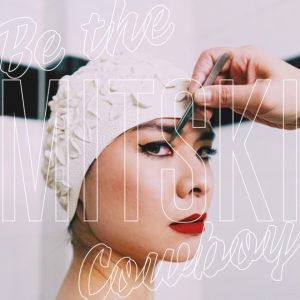 Mitski Miyawaki is no stranger to exploring love, devotion and the more excruciating aspects thereof, but her fifth album (in just six years) is perhaps her clearest realisation yet.

Be the Cowboy feels like a short-lived relationship of terrifying lows and dizzying highs - creamy middles are less present - and the difficult lessons that stay with us for a great deal longer.

That might sound rather grim, but it's the way she tells 'em. 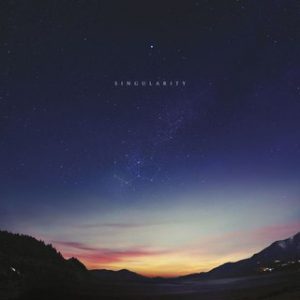 The sound of Jon Hopkins' piano keys connecting in and out of place, the weight of them, is what you are left with at the end of a bewildering 75 minutes.

Singularity attacks from the off, the first four tracks crafting ornate, maze-like worlds to disappear inside - 'Everything Connected' alone contains enough epic moments to power a dozen Hollywood blockbusters and their trailers - and find peace within.

Techno and electronica filtered through a most cinematic prism, capable of new information on every listen. 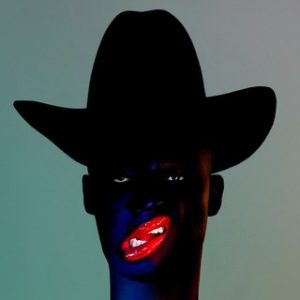 A most vital band with the most vivid and arresting album of 2018.

Scottish firebrands Young Fathers have been masters of their craft from pretty much the word go, scooping the Mercury Music Prize for debut album Dead and not looking too bothered about doing so in the process.

Cocoa Sugar cements their reputation as poets for a wounded generation. Their truth isn't always easy to hear, but that's the point. Listen up.

popular
Public urged to be wary of sophisticated Revolut scam in operation in Ireland
'The Beast' apologises for storming off after losing on The Chase
A gripping mystery thriller is among the movies on TV tonight
Man charged following incident involving deceased man at Carlow post office
Amazon Prime Video has just added 16 big movies to its library
The Tinder Swindler review: Exactly the kind of documentary Netflix should be making
18-year-old woman attacked with metal pole by three men in Belfast
You may also like
6 days ago
Iconic singer and actor Meat Loaf dies aged 74
1 week ago
LISTEN: The first two Irish Eurovision hopefuls have released their songs
1 month ago
Ranking all the Christmas number ones of the 2010's
2 months ago
The top 10 'greatest of all time' songs have been revealed
2 months ago
60 years later, a new number one song of all time has been crowned
2 months ago
Travis Scott says he is "absolutely devastated" after eight die at Astroworld festival
Next Page