Dublin now has its own Kendrick Lamar mural, and it's incredible

Having touched down in Dublin for the start of his European tour - and getting some training in at a local gym in the process - Kendrick Lamar has now taken pride of place on the city streets.

Having brought the Stormzy mural to Smithfield (may it rest in peace), artist collective group Subset have struck gold again, this time raising the defiant image of Kendrick Lamar high above for all to see on Aungier Street in Dublin. 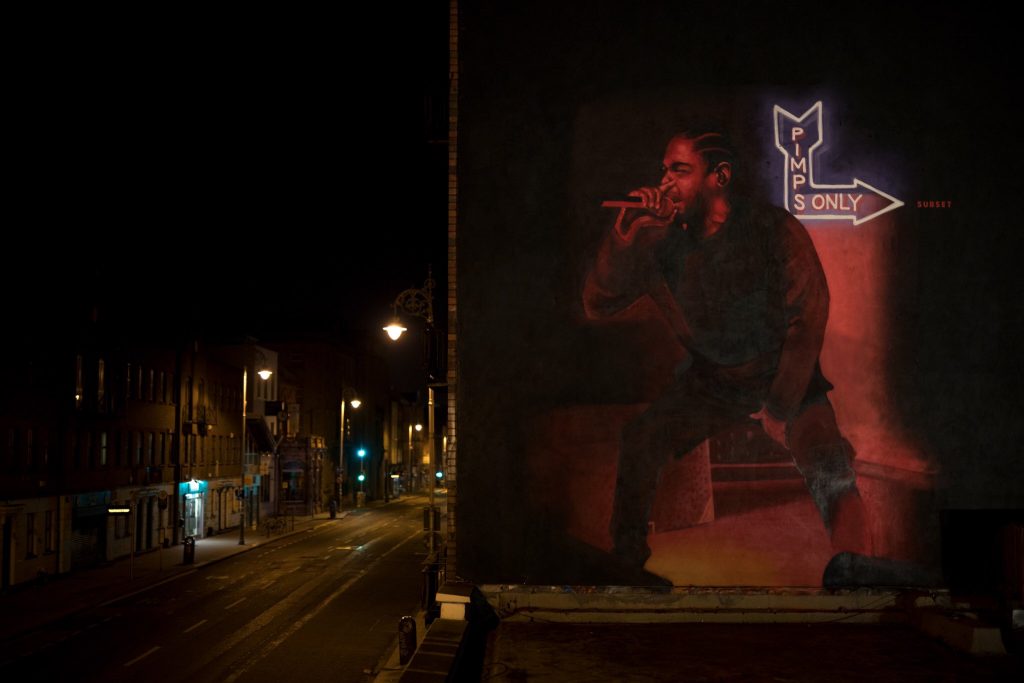 The group shared the image on their social media channels on Wednesday morning, hours ahead of K-Dot's 3Arena show.

Subset recently highlighted Blindboy from the Rubberbandits in their own unique style, pairing him next to another outspoken figure...