Eurovision 2020 has officially been cancelled

The event was due to take place in Rotterdam in May.

Eurovision 2020 has officially been cancelled, following an announcement on Wednesday morning.

The reason for the cancellation is due to the spread of coronavirus around Europe and the rest of the world. 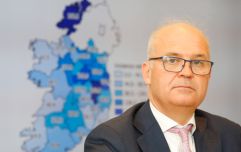 END_OF_DOCUMENT_TOKEN_TO_BE_REPLACED

This news comes after a number of TV shows have been affected by the virus, as well as Hollywood blockbusters and Glastonbury.

The statement released by Eurovision reads: "It is with deep regret that we have to announce the cancellation of the Eurovision Song Contest 2020 in Rotterdam.

"Over the past few weeks we have explored many alternative options to allow the Eurovision Song Contest to go ahead.

"However the uncertainty created by the spread of COVID-19 throughout Europe - and the restrictions put in place by the governments of the participating broadcasters and the Dutch authorities - means the European Broadcasting Union has taken the difficult decision that it is impossible to continue with the live event as planned.

"We are very proud that the Eurovision Song Contest has united audiences every year, without interruption, for the past 64 years and we, like the millions of fans around the world, are extremely saddened that it cannot take place in May."

An official statement from the European Broadcasting Union on the #Eurovision Song Contest 2020. pic.twitter.com/b3h7akxvpF

As of now, it is expected that all of this year’s acts will be invited to take part again, although it is unclear if the same songs will be eligible to be used again.

Ireland's Leslie Roy was due to sing her song ‘Story Of My Life’ at the competition.

popular
Met Éireann issues weather warning for three counties
QUIZ: Can you conquer this delightfully difficult General Knowledge Quiz?
QUIZ: Take your very best shot in this tough General Knowledge Quiz
The JOE Movie Quiz: Week 160
The JOE Music Quiz: Week 110
New horror movie trailer has one of the best jump scares in years
The JOE Friday Pub Quiz: Week 300 - the Triple Century
You may also like
2 weeks ago
Covid hospital cases on the rise as Varadkar says "summer wave" could be starting
1 month ago
Severe Covid can cause brain impacts equivalent to ageing 20 years, study finds
1 month ago
Rate of binge drinking amongst Irish 18-24 year olds nearly doubles in a year
2 months ago
UK patient had Covid for 505 days in longest case ever recorded
2 months ago
People urged to "socialise safely" over Easter weekend as 4,195 new Covid cases reported
2 months ago
Boris Johnson and Rishi Sunak to be fined over Downing Street parties
Next Page