The broadcaster issued a statement on Thursday.

RTÉ has moved to clarify its stance on Christmas anthem 'Fairytale of New York', which has been the subject of debate in recent days.

RTÉ 2FM broadcasters Eoghan McDermott and Stephen Byrne both voiced their objections to the song's use of the F-word on Twitter this week. 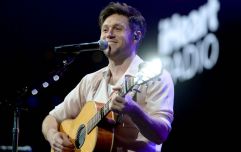 END_OF_DOCUMENT_TOKEN_TO_BE_REPLACED

McDermott and Byrne separately made the argument that censoring the offending term in the song shouldn't detract from its enjoyment.

"The fact this song is a classic isn't a strong enough defense to not at least censor it," noted McDermott, while Byrne highlighted his own difficult personal experiences with the track.

"People can do and say what they want," he said on Twitter.

"I hate the lack of appreciation for why it hurts people more than the actual lack of censorship of the actual word. I'm a big boy." 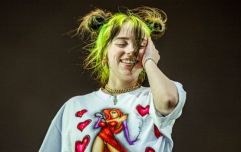 END_OF_DOCUMENT_TOKEN_TO_BE_REPLACED

Responding to a request for comment by JOE on Thursday afternoon, an RTÉ spokesperson issued the following statement:

"The song 'Fairytale of New York' will continue to be played on RTÉ Radio without omissions."

RTÉ has issued no further comment at this time.

popular
The JOE Friday Pub Quiz: Week 301
County where winning Lotto jackpot ticket worth over €5.5 million was sold confirmed
QUIZ: Can you name all the counties in Ireland without the letter 'A'?
Jordan Peterson suspended from Twitter over Elliot Page comment, says he won't apologise
Parent's Benefit Leave in Ireland is being extended from today - here's what you need to know
An underappreciated sci-fi blockbuster is among the movies on TV tonight
Electric Ireland announces second major price hike in recent months
You may also like
1 week ago
Body of a man found on RTÉ campus in Dublin
2 weeks ago
RTÉ says it's "disappointed" with termination of partnership with Dublin Pride
2 weeks ago
Dublin Pride terminate partnership with RTÉ following Liveline programmes on gender identity
2 weeks ago
RTÉ viewers left "in tears" after emotional Charlie Bird documentary
1 month ago
RTÉ's new show is looking for the best takeaway in all of Ireland
1 month ago
Conversations With Friends tackles sexuality the way Normal People tackled sex
Next Page