The fierce drive of Walking On Cars

Dingle's finest pop-rock purveyors are enjoying a moment in the sun.

It's clear from spending just a few minutes in the company of Walking On Cars that the Dingle quartet enjoy a familial bond.

In a few hours' time, they'll stroll off a confetti-strewn stage that they're now quite familiar and comfortable with as the screams of thousands ring out.

Business as usual. Before that, JOE catches them right as a busy European tour in support of sophomore album Colours draws to a close.

As noted, they're a tight unit. You get the sense that nothing could really come between them. Except, perhaps, for a certain high fantasy series that took the world by storm.

"The other lads don’t even watch it," laughs Paul when the subject of Game of Thrones comes up.

Both he and Sorcha did their best to keep up with the final chapters of the show while on tour, as Patrick and Evan opted instead to indulge in some good-old fashioned FIFA heroics.

"Every Monday night on tour for the last four weeks, we’ve had our Game of Thrones party and the lads are like, ‘Oh you’re off to watch Dungeons & Dragons again’," laments Sorcha. "It’s been a running joke."

"We know all the spoilers," Evan chimes in, conspiratorially.

END_OF_DOCUMENT_TOKEN_TO_BE_REPLACED

"It’s been so hard to avoid spoilers," notes Sorcha.

"If you open up Facebook or Twitter, any kind of news app, it’s just there right in front of you and you have to exit as fast as possible."

Given that the conclusion of the show proved extremely divisive, how did it sit with the half of the band who dedicated themselves so resolutely?

"I wanted Sansa to ‘win’ at the end," says Sorcha.

"She did get a crown, though," Paul offers.

"She did get a crown, yeah. I don’t know. Bran? Not too impressed. It should have been Jon Snow or Sansa."

Paul volunteers his own disappointment.

"And saying, ‘Who has the best story?’ - The fella who wasn’t even in half of the episodes? Nah, not really." 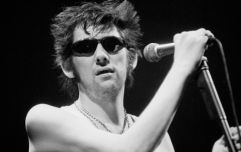 END_OF_DOCUMENT_TOKEN_TO_BE_REPLACED

As for the sceptics in the bunch, both Patrick and Evan are keen to highlight two things; 1) their copy of FIFA is actually about four or five years old (sort that out, tour manager), and 2) lighting engineer 'Tommy T' is apparently the man to beat.

"He’s a bit of a ninja," laughs Patrick.

Whether it's old video games (this writer would like to note, for the record, that the best football game of all time remains Pro Evolution 6 on the PlayStation 2) or a gigantic pop culture phenomenon like Game of Thrones that society engages with in real time, it must be odd to find oneself on a tour bus, going from city to city and show to show, effectively in a strange form of active hibernation.

"It definitely is," Paul says.

"It’s a totally weird bubble to be in. I was in a house for the first time in a month just there. They were like, ‘Do you want a cup of tea?’ Fuckin’ yeah I’ll have a cup of tea! Gave it to me in a teapot as well.

"A totally weird bubble, that is true," he continues.

"It’ll be very weird after the tour when we’re at home and it comes to nine o’clock, showtime, and you start getting excited out of habit. What do I do with all of my energy now?" 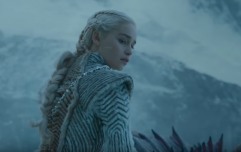 END_OF_DOCUMENT_TOKEN_TO_BE_REPLACED

A great deal of energy went into Colours, as evidenced by the fact that the band scrapped the bones of an entire album to restart from scratch, the feeling that what previously came together just wasn't cutting it.

During the process, guitarist Dan Devane suddenly quit, turning five into four. Reflecting on the departure a few months' back in conversation with Hot Press, the remaining figures admitted to battling through a "very stressful" time.

What ultimately formed provided catharsis. Across nine tracks, Colours expands the band's sound while also retaining the hallmarks of what brought Walking On Cars to the dance.

Asked around the release of debut Everything This Way to sum up the identity of the music, Patrick spoke of social anxiety and "being broke"; all too human characteristics that feel even more relevant than ever for young Irish people three years later.

"I suppose this album is a little bit of a move on from that, but when we do play the older songs you can see people in the crowd resonating with that sentiment, and that they really have made those songs their own. They’re as relevant as they were then."

The balancing act of tapping into such realities while also composing pop songs for people to sing along to emphatically is a tricky enough one.

"It’s a difficult one to get right," considers Patrick.

"When we first started writing this record, I think we focused too much on making it anthemic and creating a big, big sound. We had to take a step back halfway through the process and get real with the chords and the lyrics and the melodies, and get them right, and then make the song.

"If it was leaning towards being more of an anthem, then cool, treat it like that. It was difficult. It was definitely a process. But we can stand behind the nine tracks on this record and say that we’re so fucking proud of them."

Clips via Walking On Cars

Colours is out now.

Walking On Cars headline Irish Independent Park in Cork on Friday 21 June with Lewis Capaldi and Tom Walker in support.

popular
Personality Test: Which Friends character are you?
The JOE Movie Quiz: Week 59
The JOE Music Quiz: Week 19
QUIZ: Can you score 10/10 in this flag quiz?
Alcohol seized from Dublin premises for breach of Covid regulations
QUIZ: Can you name all 50 states of the United States of America in 10 minutes?
Scrubs creator addresses three episodes that have been removed from streaming services
You may also like
1 month ago
QUIZ: How well do you remember the final season of Game of Thrones?
3 months ago
Legendary actor Max von Sydow has died, aged 90
5 months ago
WATCH: Peter Dinklage pays tribute to Northern Ireland in SAG acceptance speech
5 months ago
Game of Thrones prequel, House of The Dragon, looks set to arrive in 2022
6 months ago
The final trailer for The Witcher promises many battles
6 months ago
'I'm the Loner Throner': Kit Harington on being Game of Thrones' only Golden Globe nominee
Next Page