Foo Fighters drummer Taylor Hawkins told 'The Music' that he listened to the new U2 album once, but he felt the way it was distributed freely into people's iTunes libraries left a sour taste in the mouth and marred whatever quality may be there.

He certainly didn't like the way it was pushed upon people and that it had echoes of George Orwell's 1984, a Big Brother feel to it, and  because of that, "it just kinda sounds like a fart any way you listen to it." 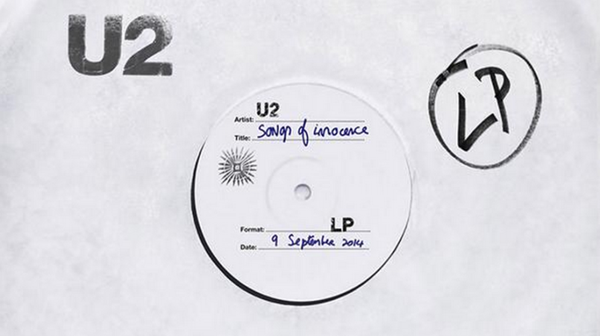 Harsh words there from the Foo Fighters man. Here's what the track listing might look like if indeed it was fart influenced...

3. California ( There Is No Fart to Love)

END_OF_DOCUMENT_TOKEN_TO_BE_REPLACED

10. This Is Where You Can Fart Me Now

Taylor Hawkins is of course free to say what he likes, but we're big fans of the new U2 album and think it's one of their very best albums in a long time. So fart off Taylor.

popular
Eurovision producers reveal "irregular voting patterns" during Saturday night's final
One of Liam Neeson's best ever performances is among the movies on TV tonight
QUIZ: Try out one of our trickiest General Knowledge Quizzes yet
Where will 2023's Eurovision be held if Ukraine can't host?
QUIZ: Can you name the disaster movie from a single image from each disaster
The JOE Movie Quiz: Week 154
REVIEW: Van Gogh Dublin is a truly unique cultural experience
You may also like
20 hours ago
Eurovision producers reveal "irregular voting patterns" during Saturday night's final
1 week ago
U2 perform in Kyiv metro station following invite from President Zelensky
3 weeks ago
QUIZ: Can you match the one-hit wonder to the artist?
1 month ago
One of the best music documentaries ever made has just been added to Netflix
2 months ago
WATCH: Last Week Tonight explains why concert tickets have become so expensive
2 months ago
Body & Soul 2022 is keeping its headline acts a secret
Next Page