"I wrote about ‘Freak on a Leash’ in my English paper!"

Though he plays around with genre, you might not usually associate James Vincent McMorrow with the eternal noise of nu metal, but the man knows his Mushroomheads from his Spineshanks.

In conversation with JOE the morning after a late-night rehearsal for a couple of special themed live performances – one dedicated to early 2000s indie rock, the other to all things emo – in support of Women's Aid, McMorrow turns back the clock to his formative years.

It's the Leaving Cert, that most stressful rite of passage for many a teenager, angsty or otherwise. You've learned Macbeth's doomed closing soliloquy by heart. You've mastered the Pythagoras theorem. You've... watched an award-winning KoRn music video on repeat?

"I actually wrote about ‘Freak on a Leash’ in my English paper," McMorrow laughs.

"The question was, ‘Are music videos an art form?’ and I was like, ‘Yes, they are!’ so I wrote about that and about a Weezer video, the ‘Buddy Holly’ one, and a couple more.

"I can’t remember what grade I got but I think it was alright. I think it was like a B or something. I just had a vision of – because it’s pretty stoic people that review those things – ‘review them’ – that like… grade them? Is that what you say?

"Like nuns and stuff in Offaly, and I just had a vision of her opening the thing and I’m talking about the bullet-time thing in the ‘Freak on a Leash’ video! And I’m thinking… what is she gonna be thinking about this?"

'The kid's got taste,' you'd hope. When it comes to the music that helped shape his own sonic journey, McMorrow embraced a fairly sensible approach while catching it up close and personal.

Sure, he served his time getting pushed around the mosh pit, but the teenage McMorrow saw the value in really studying what he knew would come to be his specific art form.

"My Dad got me tickets to see The Smashing Pumpkins in the Olympia Theatre, which was the last show with the full proper line-up before they disbanded. It would have been 1999, 2000, and it was incredible," he remembers.

"That same year I went to see Foo Fighters in the Olympia and we were sat in the balcony, in the front seats, and Dave Grohl did a walk along the whole balcony and came right past us.

"Those moments for me, those cathartic moments... I don’t know if I got much out of being in a pit and going crazy because – not to sound ridiculous – I think maybe when I was a kid my interaction with music was a little different from other people’s.

"Because it’s what I wanted to do, in a more earnest way and in more of a, I didn’t have the vocabulary for it, I didn’t have it figured out, what that meant – I was like, ‘I want to witness this – I don’t want to leave and to have not seen what Taylor Hawkins was doing, or Pat Smear’ – these people were my heroes and I wanted to take it in in real-time." 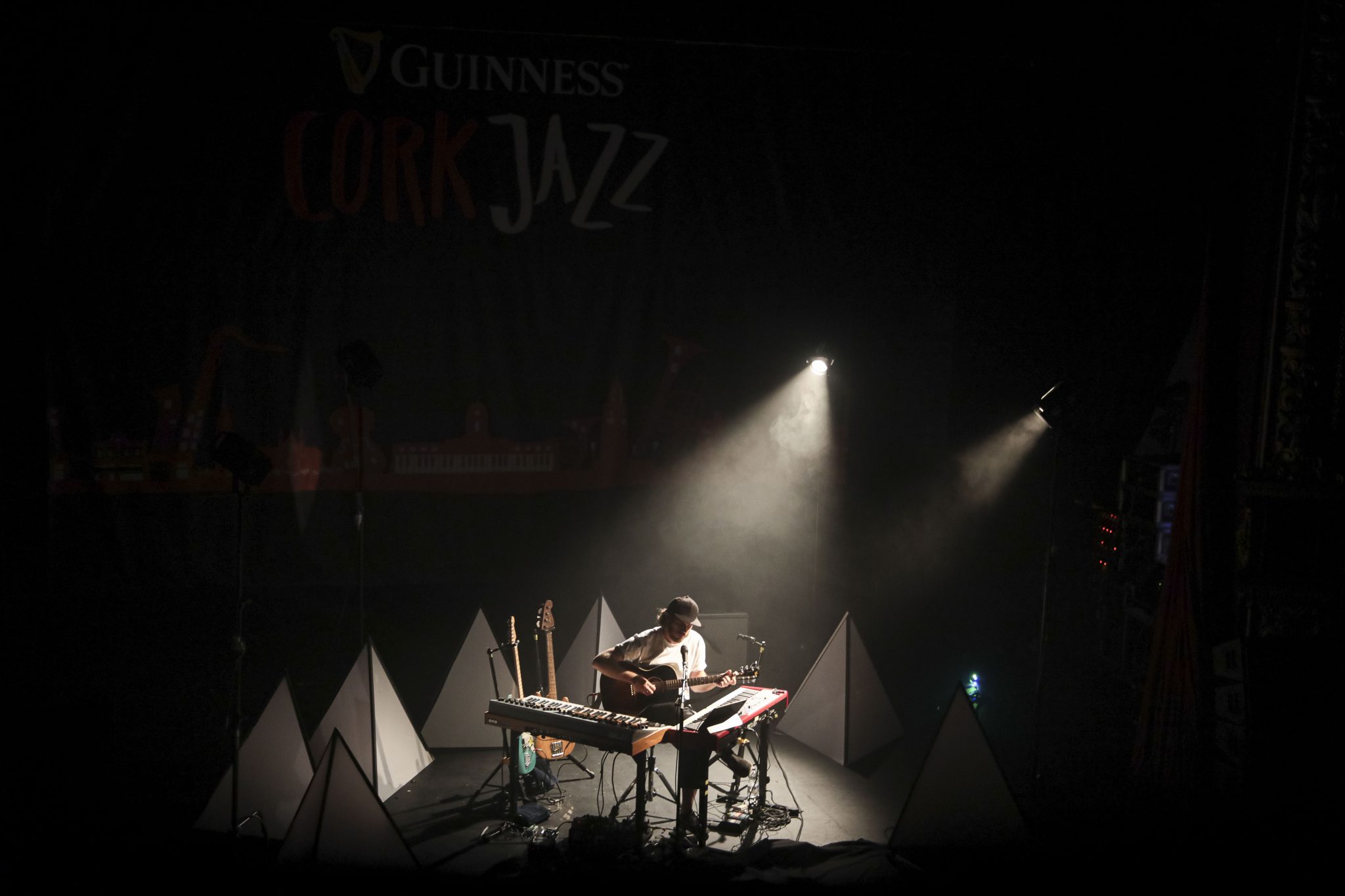 Speaking of heroes, McMorrow mentions a time he crossed paths with the late, great Chris Cornell; an artist who had a pivotal and personal effect.

"It was just very wholesome," he says of his brief exchanges with Cornell.

"It wasn’t incredibly depthful in the sense that – I had a manager in the US at the time and he was also the personal manager for Chris. Chris came and did a solo show in the Olympia and we just spent a little bit of time. Then when I was in the US for a little minute, we spoke. It’s those things.

"I would be lying to you if I said there was any sort of massive profundity to it because I’m a hyper-fan and when you meet your… what I tend to do when I meet people who have shaped my existence; I undersell it.

"Not because I’m trying to be cool but because I feel like these people spend their whole fucking lives with people just jawing at them about this record and that song and I just think it might be a relief to not do that!

"And I probably regret that because I don’t think that Chris Cornell fully understood how much his work impacted me," McMorrow explains.

"And I wonder if that was the right thing to do. It’s happened to me with a myriad of other people where I’ll leave a room and I’m like, ‘Why didn’t I tell that person?’.

"They’re telling me lovely things about my work. Why wouldn’t I be like, ‘But you don’t understand, you shaped me musically but also spiritually, you also fortified me and gave me a vocabulary' – this is the music with the vocabulary of emotion and the ability to give that to people who weren’t equipped themselves to kind of understand what they were feeling.

"So, I kind of wish that I had a more profound interaction." 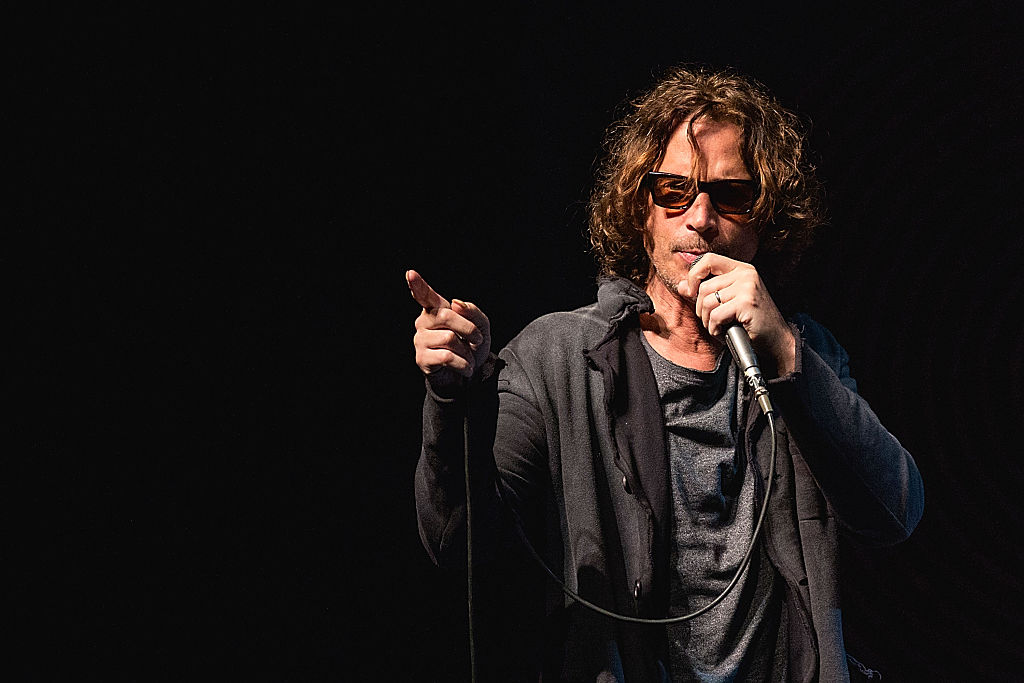 Whether meeting your heroes in the flesh or following them on tour or committing to 24/7 online dedication, the para-social relationship fans have with musicians can prove visibly intense.

Do we assume and demand too much of people who are, in one sense, total strangers to us?

"The contract between musicians and fans is a funny one," McMorrow nods.

"It’s really funny. And between the critical part of your brain and what you want from people. If I was to speak to my personal experience, I’ve always been someone that has tried to push and not try different things because I feel very comfortable within what I do because these are the musics that I love. I understand the dynamic at play.

"But still, that instinct to push and to follow – I hate the term ‘follow your muse’ because it sounds really a bit vague and a bit just high-falutin' but that is what people do. But you want what you want from the artists that you love.

"So, when they deviate from what they want them to do – people react. And because of the nature of the Internet and the way that people react in real-time and with basic impunity, it’s really started to change the dynamic."

Essentially, the hardcore element of her fan base didn't think the song was up to snuff, and duly let her know in typically blunt social media fashion.

Cut to Charli XCX firing off a flurry of tweets back at one fan in particular, categorically disagreeing in increasingly sharp terms.

Ok - I’m not mad - promise - I just find the commentary interesting so I had to just dip into Stan world for a sec: to me this is undeniably my most coherent era. Like OBVIOUSLY. whether you LIKE it or don’t, I don’t care but it’s cohesive & consistent:

The pressure on artists can be extreme, particularly in an ultra-modern and often unforgiving age. McMorrow, for one, can empathise with the above scenario.

"I saw a statement she released on Instagram a month or so ago," he begins. "She basically set this premise where she was like, ‘I know the Internet is a toxic place’ and I kept reading that over and over again and thinking like… we’ve accepted that premise! That’s crazy. She’s accepted that premise.

"She is one of the most Internet-savvy people on the planet in terms of making modern pop music. She understands the zeitgeist, she understands what she’s doing. She’s trying to do something different. She has a concept. It’s a high concept that she’s trying to deliver and I think she’s delivering it really well but her fans want what they want. So they, in real-time, give her feedback.

"And no-one is immune to that," McMorrow continues.

"I didn’t use Twitter or Instagram for three years because when I put out my second record – people were just like, ‘Make the first record again’ and I was like, ‘I feel like I’ve made something good’ and I feel time has been kind to that record but at the time, it was heartbreaking. Really heartbreaking.

"And everyone around me would tell you; I really did shut down on a lot of levels that might have cost me stuff commercially at the time but I just couldn’t do it because I was like, ‘I’m not built for this’. People like Kanye [West], they have this bravado and this thing but he has his own thing going on, there’s a myriad, it’s a web of stuff to unpack – a lot of good, a lot of bad.

"They [Linkin Park] tried to do something different on that last record and people buried it. And then he takes his own life. And all of a sudden that song [‘Heavy’] that everybody saw as being frivolous because it’s a piano ballad, you read the lyrics and you’re like, ‘He’s literally telling you in real time what’s happening’."

Elaborating further, McMorrow cites the example of Audioslave song 'Like a Stone' provoking a similar reaction in him on a recent listen.

"I’m reading this lyric and I’m like, ‘This man is literally telling you where his head is’," he says.

"We see the interaction differently. We want what we want. And if it doesn’t deliver, we as fans react – and I say that as a fan as well.

"I’ve reacted to people, I’ve switched off to people’s music because I’m like, ‘You’re not giving me the thing I want anymore’, while also in my own professional career wanting that latitude myself to go and to do different things and to be seen the way I want to be seen but that’s just not realistic.

"And that’s why I – I mean, I don’t want to get into the weeds on social media but I just don’t have a good interaction with it, because I find I’m too vulnerable to it, to the push and pull of it. And I see a lot of people who consider themselves really fortified; like that Charli XCX situation. 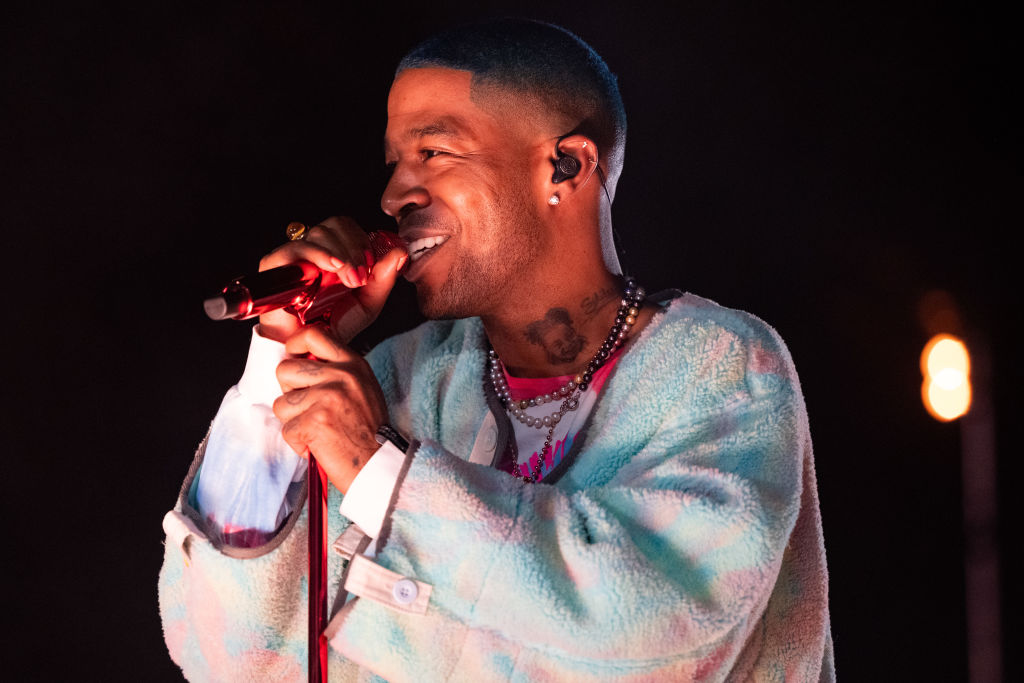 McMorrow posits that perhaps people see things a bit more frivolously than they used to. He'd like to get back to a place of appreciating art and the people behind it from a more earnest perspective.

"You look at people like Kid Cudi," he notes. "How many people have said to Kid Cudi; ‘You have saved my life’?

"He is probably one of the more important emo musicians on the planet, to bring it back around to what we’re talking about. That’s emo records, right? Kid Cudi is an emo musician, to me. Man on the Moon, those albums, [songs like] ‘Mr Rager’ – those albums saved so many people’s lives and they talk about it endlessly.

"But he has his own demons and that’s where the music is so potent. But there’s a disconnection there when people are like, ‘You’re not giving me the thing I wanted anymore!’ so they’ll rage against that while not understanding that this is a person’s vulnerability on display in real-time, their creativity."

Considering his own place in the world for a moment, McMorrow muses on valuing conversations with others, committing to telling the people he loves that he loves them, and what his work might mean to those who engage with it.

"There is consequence, you know?" he decides.