JOE's Classic Song of the Day : The Hollies - The Air That I Breathe

Back with a bang.

Why is it a Classic: Sometimes you hear an older song that seems like its instantly familiar and recognisable because traces of it have been used, sampled and heavily influential on different artists, this song is a shining example of this. 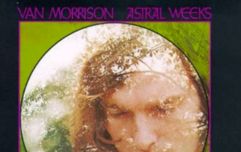 END_OF_DOCUMENT_TOKEN_TO_BE_REPLACED

In my own opinion, I can't listen to this track without feeling its seismic impact on those artists that would later follow and try to replicate this songs unique combination of loud/quiet/loud guitars with the most wonderful orchestra and melody.

Those opening few notes set in motion the sprawling canvas that the song revels in, Eric Clapton once said that the first note of 'The Air That I Breathe' had more soul than anything he'd ever heard, while the non-committal lyrics in the opening verse only makes the triumphant chorus seem more life-affirming and uplifting.

Alan Parsons production skills behind the desk at Abbey Road really come to the fore here, it's no surprise to learn that he engineered Abbey Road and Dark Side of The Moon, because the orchestral arrangement is superb.

Violins, violas and cellos were all used on this track and they these instruments do what all great orchestras should, create the impression that this song should be played in front of a crowd of 80,000 people. 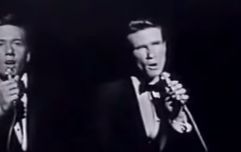 END_OF_DOCUMENT_TOKEN_TO_BE_REPLACED

For me though, the tracks appeal is much simpler.

The Hollies perfected the art of combining acoustic and electric rhythm on this song as heard in that wonderful moment at 2:09 when Allan Clarke's vocals trail off and the song just carries you onto another plain, it's almost impossible not to get lost in the journey.

Did you know? : Radiohead - Creep uses such a similar chord progression as this tune. It didn't go unnoticed as band members sued Radiohead for plagiarism and won.

The lyrical hook : "Sometimes all I need , Is the air that I breathe, And to love you".