The latest offering from RUN iN RED.

A 3-piece transatlantic band based in Dublin, RUN iN RED are urgency transcribed into music. They've been featured with us before when they released their debut EP and have continued to impress. 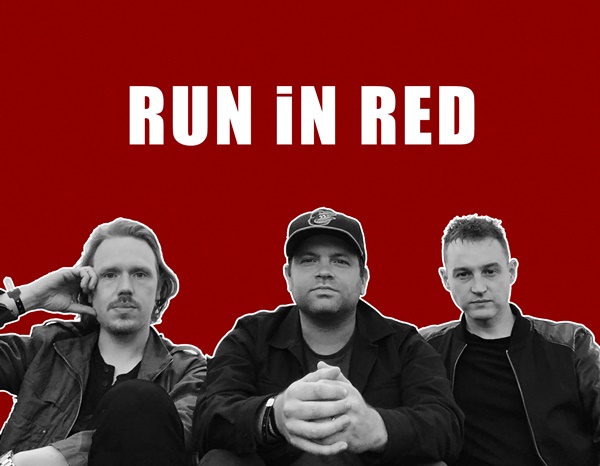 END_OF_DOCUMENT_TOKEN_TO_BE_REPLACED

This is the new single from their follow-up EP, the soon to be released 'Undercover, Overthrown'. The band consists of Neil (vocals, rhythm guitar) Paul (drums, percussion) Jim (bass, backing vocals) and Shane (lead guitar).  in 2017 the band released their debut EP: ‘The Revelled Theory Mind’ to great acclaim.

Neil is from the Brooklyn music scene originally, but in 2015 moved to Dublin and shortly after met Paul. After organizing a handful of songs to debut they put an ad out for a bass player and chose Jim after a few auditions in 2017.

They recorded the music video for ‘Fade Away’ in February 2018 and booked a single launch at The Sound House in Dublin in June. As  the momentum continued to grow they reached out for a 4th member to play lead guitar and met Shane from Kildare.

The band is now a 4-piece, and they are playing at the Workman’s Club this Saturday for the Dublin Quays Festival, alongside the band Pillow Queens.

END_OF_DOCUMENT_TOKEN_TO_BE_REPLACED

The song itself is an infectious melody which will remain in your head for a time after hearing it. It's good solid indie-pop and has a chorus which will be sung lustily by their fans when they bring it to the live setting of a gig.

Clip via Run In Red

If you would like to find out more about the band, you can check out their very fancy website right here.